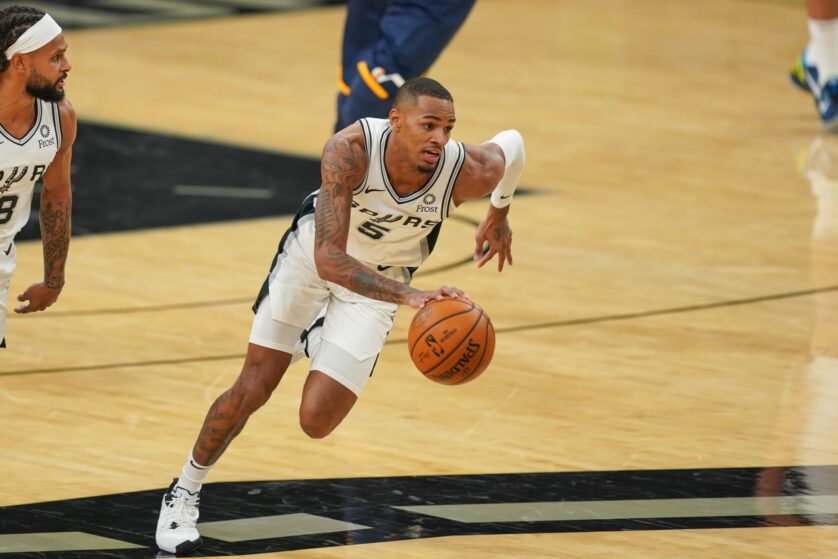 One of the positive storylines from the first few weeks of the San Antonio Spurs season has been how the team has shifted back towards the kind of basketball that so many of us associate with the Spurs at their best.

The Spurs are moving the ball like the Beautiful Game teams of years ago. They’re one of the best teams in the league when it comes to spreading the basketball around. San Antonio is currently 10th in assists per game and you never know who is going to lead the team in scoring on a given night.

The Spurs have a variety of skilled playmakers ready to step up and lead the offense. And while the assists these guys dish out are a crucial part of the Spurs’ success, what they’re avoiding is equally important.

Minimizing turnovers has always been a cornerstone principle of the San Antonio Spurs’ success. It’s not a groundbreaking bit of basketball analysis to tell you that taking care of the basketball is a key part of winning games. But the Spurs’ dedication to this simple concept over the years has been remarkable.

You have to go back to the ’14-15 season to find a year where San Antonio ranked outside of the top-ten in the league in limiting the number of turnovers they had per game. In that season they ranked13th.

The Spurs have been the lowest in the league in both of the past two years in turnovers and are on track to finish as the league leader once again. Their teamwide 2.4:1 assist to turnover ratio is a huge part of their early success and is truly a mark to be celebrated.

The whole team has committed to cutting down on the number of times they turn the ball over but the improvements that Dejounte Murray and DeMar DeRozan have shown have been particularly impressive.

Turnovers have been an issue for DJ over the past three years. There were time’s where he’d look shook by what the defense was throwing at him and would end up making some head-scratching passes. That hasn’t been the case this year as Murray has cooly led the Spurs’ offense in Derrick White‘s absence.

The patience Murray shows here is what his teammates are talking about when they mention the growth in his game. He does a great job of waiting until just the last second before slipping the pass in under the arms of Marc Gasol. That’s the kind of heads up play that you wouldn’t have seen from him last year.

This is a case where the stats and the eye test don’t line up exactly. Last year, Murray turned the ball over 3.5 times per 100 possessions. He’s brought that number down just a bit, to 3.1, this season but anyone who’s watched him play can attest to the improvements he’s made as a passer.

DeRozan’s continued adaptation into whatever the Spurs need him to be has been similarly impressive. His new and reduced role in San Antonio’s new revolving threat offense has driven his efficiency through the roof.

Currently, DeRozan is on track to have a new career-high in assists per game while taking fewer shots than he has since his first few years in the league. He also happens to be playing the cleanest basketball of his career, turning the ball over just 1.8 times per 100 possessions.

In the Spurs’ new, whip the ball around offense, DeRozan has to make decisions quicker than he did last year. The days of movement coming to a standstill while DeMar dissects his man in the range are, for the most part, gone. Now it’s read and react, either attack or keep it moving.

To his credit, DeRozan has done a great job of buying in and taking what the defense is giving him. He’s not forcing anything, he’s getting his own shots of when they’re there, but he’s also done a phenomenal job of trusting his teammates and spreading the touches around.

DeRozan’s evolution as a passer has been one of the most pleasant surprising parts of his time in San Antonio. This wasn’t a featured part of his game in Toronto but he’s emerged as one of the better playmakers in the league over the past three years.

The San Antonio Spurs can be a playoff team but their margin for error is almost nonexistent. They’re going to need everything to go their way if they want to start a new playoff streak. Continuing to treat taking care of the basketball like a top priority is a great way to make that happen.