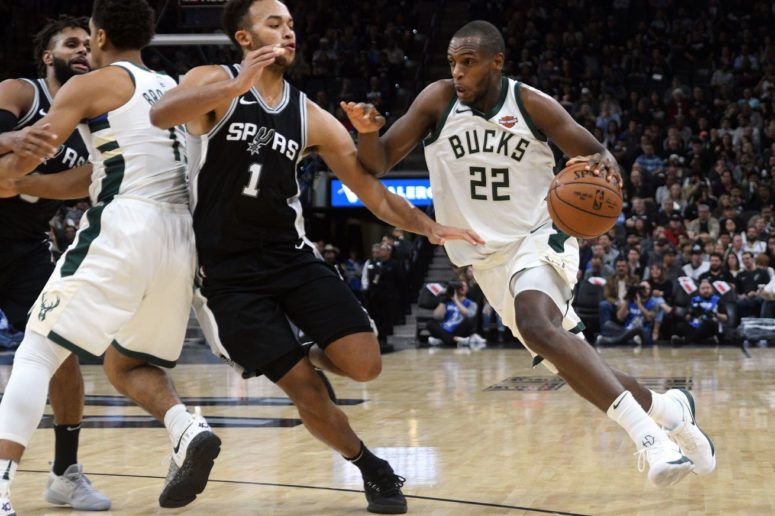 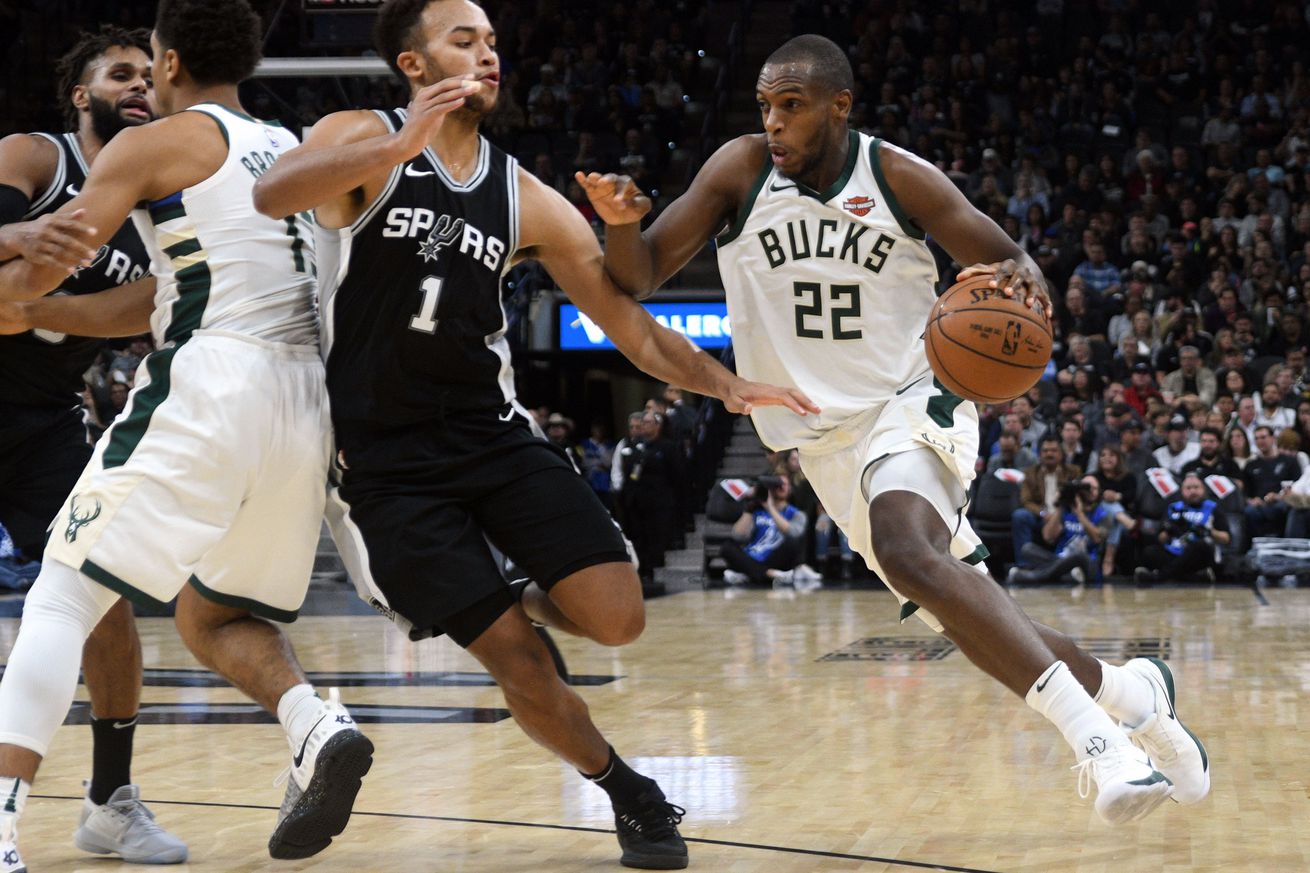 The Bucks blew open the game in the third quarter with their superior athleticism and length, but Manu Ginobili almost brought the Spurs back late as Milwaukee held on for the win.

The Spurs played the Bucks pretty even for the first half, but they came out in the third quarter with energy and intensity that they turned into Spurs turnovers and easy points as they dominated most of the quarter behind the solid play of Giannis Antetokounmpo, with the newly acquired Eric Bledsoe having a great game in his first game with his new team. Manu Ginobili led a late charge for the Silver and Black, but the comeback fell short as the Spurs missed shots late and couldn’t make stops when they needed to.

Kyle Anderson opened the scoring for the Silver with a floater in the lane and Tony Snell answered for the Bucks with a triple. Kyle took an inadvertent elbow in the face from LaMarcus Aldridge and was laying on the court, but showed his toughness by getting up and making plays despite blood dripping from his face. Anderson stayed on the floor as Aldridge dominated inside. Giannis Antetokounmpo did his part to keep the Bucks in the game, but the lack of stops hurt their team as the Spurs got everything they wanted in the paint. Manu Ginobili came in late in the quarter and created beautiful chaos as he got his hand on the ball on both ends of the court. Milwaukee’s speed, mostly from Eric Bledsoe, led to some easy baskets for the Bucks as they tied it up late at 25. Pau Gasol hit the last shot of the quarter off a Brandon Paul steal and the Spurs led 27-25 after one quarter.

Rudy Gay and Danny Green provided punch early in the second quarter for the Silver and Black as they built a quick 5 point lead, leading to an early timeout from Jason Kidd. The Bucks bench began hitting their shots and the Spurs got careless with the rock, and the Buck regained the lead 37-36 with Matthew Dellavedova hitting a three off of an offensive rebound. The teams swapped the lead for a while until Patty Mills gave the Spurs a little breathing room with a 3 point shot off an Anderson screen to put the Spurs up 43-39. The Bucks scored the last points of the quarter with a three from Bledsoe and the Spurs led 47-46 at the half.

The Spurs were sloppy with the ball to start the third quarter as Bledsoe stole the ball and scored an easy breakaway, followed by a similar play from Giannis as the Bucks sprung out to a 52-47 lead. Bryn Forbes hit a three, but the Bucks continued to pour on the speed and quick hands to get the ball from the Spurs. But the Spurs started to give up the ball and the Bucks took advantage pushing their lead to 14 with three minutes left in the quarter as the Spurs couldn’t hit a shot and couldn’t get a rebound. Manu Ginobili came to the rescue as the Spurs went on a 9-2 run with Giannis resting. A bad call on a foul where Thon Maker ran over Patty Mills helped out the Bucks, but Manu hit the last shot of the quarter for the Spurs and the Bucks led 76-70 after three.

The Bucks finally started to look fallible as the final quarter started as they turned over the ball, and when an open three from Bryn Forbes cut the margin to 81-78 with 9 minutes left, Kidd called a timeout. After the timeout, Giannis returned to the floor for the Bucks and instantly had an impact for the Bucks. The scrappy Spurs stayed in the game and cut the lead back to three with a shot clock beating toss-in by Aldridge to cut the lead back to three with just over three minutes left. Ginobili cut the lead to two with a drive and free throw, and the game was within reach for the Silver and Black to steal. Patty Mills had a shot to put the Spurs in the lead, but missed. Buckets from Bledsoe and Khris Middleton put the Bucks up 6 with just under a minute left.

John Dee Graham was this guitarist who had a room just down the hall from my girlfriend’s dorm room in college. What people said about him was that he never practiced. But every time I was there, he was playing his guitar. If you live the music, maybe you don’t need to practice it that much. He’s become a really great songwriter and performer over the years.

The Spurs play the Bulls at 7:30 pm in the AT&T Center in a home back-to-back. It will be the last game of the six game home stand before a trip to Dallas on Tuesday. Hopefully, the Silver and Black will take care of business against the 2-7 Bulls. See you in the game thread.