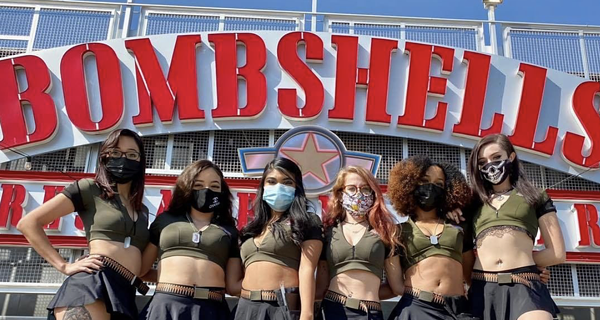 As if Twin Peaks and Hooters didn’t already fill San Antonio’s need to order from skimpily clad female waitstaff, a new so-called “breastaurant” has set its sights on the city.

Bombshells — a military-themed eatery from the group that owns and operates Rick’s Cabaret and its affiliated gentlemen’s clubs — will make its Alamo City debut at an undisclosed date, RestaurantNews.com reports.

RCI Hospitality Holdings, Inc. — which owns and operates 15 other brands, including X-T-C Cabaret and Tootsie’s Cabaret — said it’s signed a franchise agreement with Houston-based investors who plan to open three SA Bombshells locations over the next five years.

“We believe Bombshells is a significant entry into the market for modern sports bar restaurants,” said Nick Mehdi, who will manage the San Antonio franchise, in a written statement. “It appeals to singles, couples, and families, including millennials … and with its large, distinctive design and outdoor patio, has demonstrated its ability to do well and operate safely through the pandemic.”

The Bombshells brand currently has 10 company-owned locations, including eight in the Houston area and one each in Dallas and Austin.