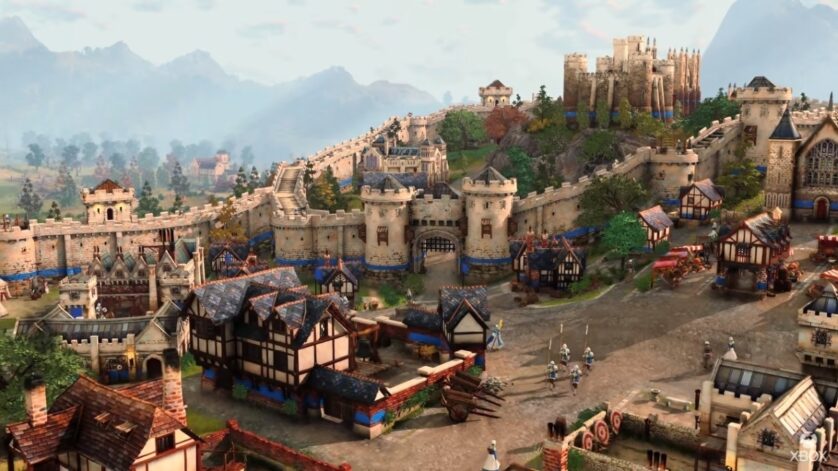 Age of Empires 4 – announced over three years ago – is still in the works, and progress is being made, Microsoft has said.

At XO19 in November 2019, Microsoft showed off a snippet of Age of Empires 4 in action (check out the video below), but we haven’t heard a peep about it since then.

In a blog post summing up what’s going on with the Age of Empires franchise, Shannon Loftis, studio head of World’s Edge, said: “We are making great progress on Age of Empires 4.”

“I don’t want to make you jealous, but we are literally playing this game every single day – both in Washington and in Vancouver,” Loftis continued.

“RTS development is funny: it takes a while to build the separate systems (AI, economy, sim, rendering, etc), and then it takes a while for them to come together. But when they do, you suddenly have a game – a game that needs debugging and balance and polish – but the core of the game that you know you’re going to ship. And the best part is that it feels like an Age of Empires game.”

Age of Empires 4 was announced in August 2017, with Company of Heroes and Dawn of War developer Relic at the helm. World’s Edge is a Microsoft-owned studio that manages the Age of Empires franchise, as opposed to handling development.

“Our partners at Relic have been incredible stalwarts as we all migrated development from office to home, and modified (through trial and error) our processes to help facilitate productivity to keep the game on track,” Loftis said.

“So much passion, such great developers, artists, designers, narrators, audio experts, and community – not to mention the backbone functions that keep the company going.”

Loftis stopped short of revealing a release window for Age of Empires 4, but the hope is it will come out at some point in 2021.