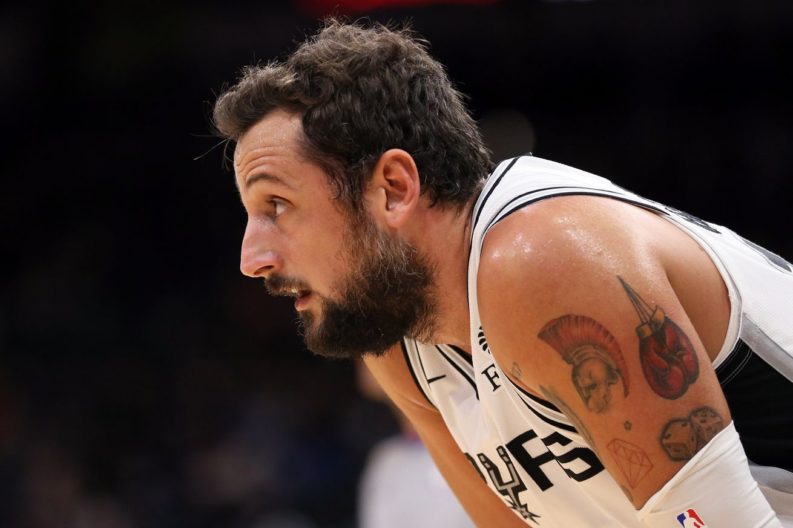 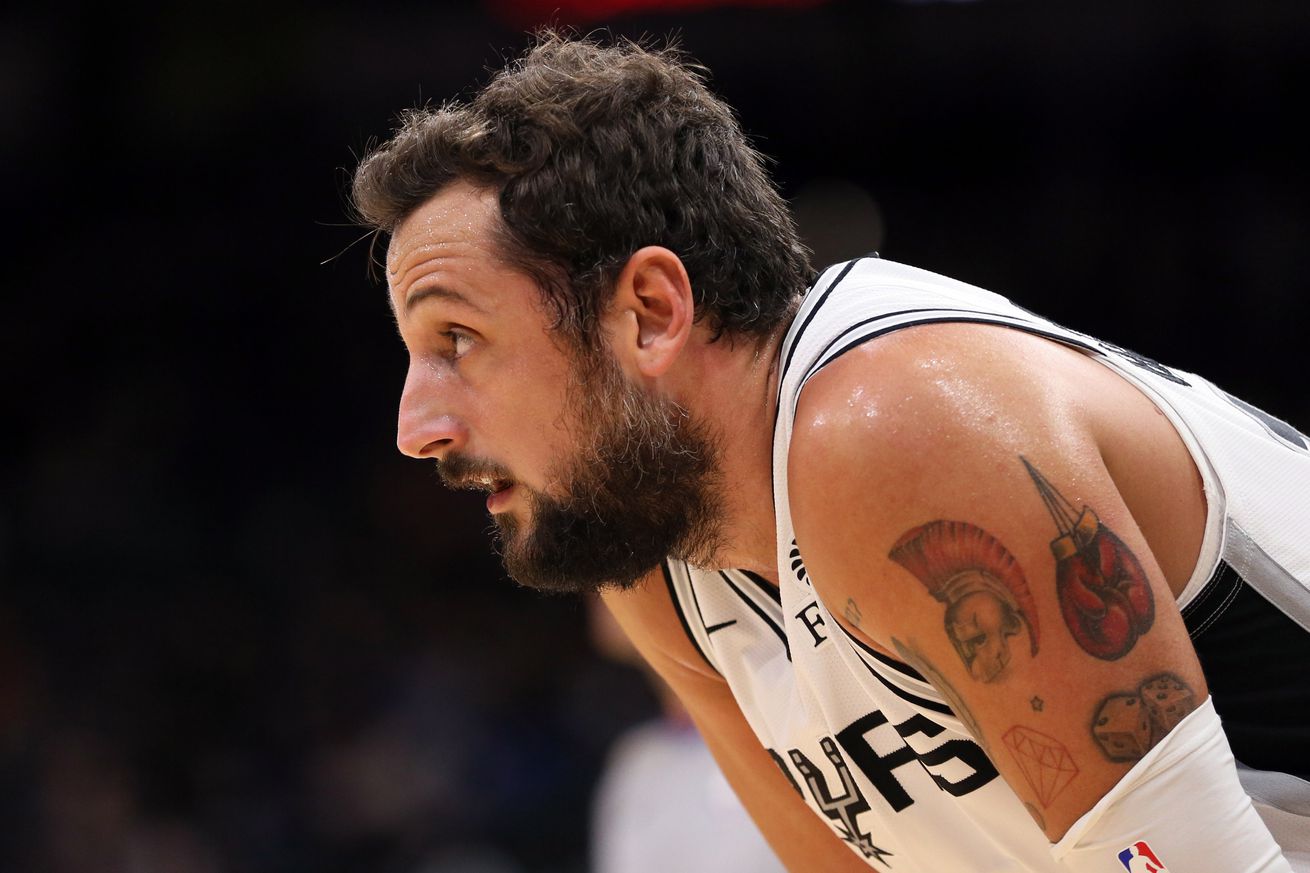 A timely cut looks like magic: one second the defense has every one covered, the next moment the ball is being laid in the basket.

The Spurs offense struggled a little last night, compared to their previous performance, scoring just 106.8 points per 100 possessions. That was their second lowest offensive efficiency rating of the year, behind only the Indiana game, and was 20 pts/100 possessions worse than Monday’s game against these same Lakers. Much of that had to do with increased defensive intensity from the Lakers, and some of it had to do with missed shots. The Spurs were just 1/7 on wide open threes in the game, despite shooting 42.6% on those shots so far this year. The Lakers’ defensive activity coupled with their length and athleticism presented some problems for the Spurs on that end.

That extra challenge made the Spurs’ easy buckets really stand out. In particular, the way the Spurs went about getting some of those buckets is both incredibly simple, and less common than it ought to be. A little off-ball movement goes a long way.

The first clip is Marco Belinelli, who probably has no business beating Lance Stephenson to the rim, doing just that in the half court against a set defense without help from a single screen, rub, or bump.

The magic here is Marco’s timing and footwork. He starts his cut the moment Lance turns his heads towards the ball, then leverages his ability to shoot the three by catching right at the 3-point line. He knows Lance will have to close out to him, so he times his right foot plant to just before he catches the ball. He’s already changing direction to attack the paint before the ball even gets to him. By the time Marco takes a single dribble, he’s got an open lane to the rim.

That wasn’t the only pretty cut Marco made, though. Early in the 4th, in a little two-man game action with Pau Gasol, Marco cuts in and back out to generate enough space to curl into the lane for another layup.

JaVale McGee is just able to block the shot, and tips it off the glass, but JaVale’s contest leaves Pau at the front of the rim for the putback dunk.

Here he creates another open layup out of thin air mid-way through the 4th.

After Marco cuts out to the logo near center court, Bryn Forbes feeds the ball to Rudy Gay on the left wing. Marco feints like he’s going to screen Rajon Rondo, who’s guarding Bryn Forbes. This would likely result in a switch for Rondo and Josh Hart, who’s guarding Marco. Hart gets ready to change directions to stay with Bryn, but Marco has other plans. His cut to the rim catches the entire Lakers defense unprepared.

Marco wasn’t the only Spur flashing to open spots, though.

Davis Bertans had a nice dive cut to the rim here, but he needs to go for the and-1 once he’s got Kyle Kuzma in the air like that.

Dante Cunningham uses a zipper cut to get a good look from the foul line. The best part about this shot is that LaMarcus has great position for an offensive rebound, and if Rondo doesn’t tip it away, this likely results in another 2 points.

This is great awareness from Dante, and a good sign that playing him more minutes won’t hurt the offense as much as it helps the defense. He gets a good look from 13’ but gives away the cut too soon, giving LeBron a chance to contest the play. He creeps in until he’s in LeBron’s peripheral vision, and you can see LeBron look his way, then makes the cut. The difference was very clear when Marco made the same cut later in the game.

This is the same play, a DeMar DeRozan post up on the left side, with the same set up. The difference is the angle and speed of Marco’s cut. He starts a little higher and fully commits to the cut.

These easy buckets are what sustained the offense when the outside shots weren’t falling, and they’re how Marco can continue to have a positive impact, even when he goes 0 for 5 from three. He adds a level of complexity and unpredictability to the Spurs offense that is reminiscent of the recently retired maestro himself, Manu Ginobili.

Given their shared history – the two played together on Marco’s hometown team, Virtus Bologna, at the very beginning of Marco’s career – that’s not exactly surprising. If Marco can share some of the secrets of the game with the Spurs’ youngsters, like Manu did with him, the Spurs offense may yet have another gear. A top-5 offense is within reach, but they’ll need to learn to weather the storm of good defensive teams, and more of this type of movement and cutting would be one very important step in that direction.