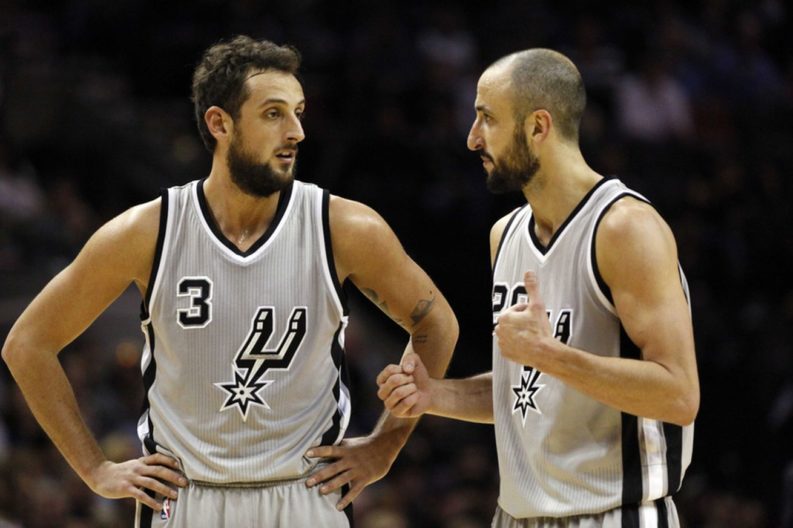 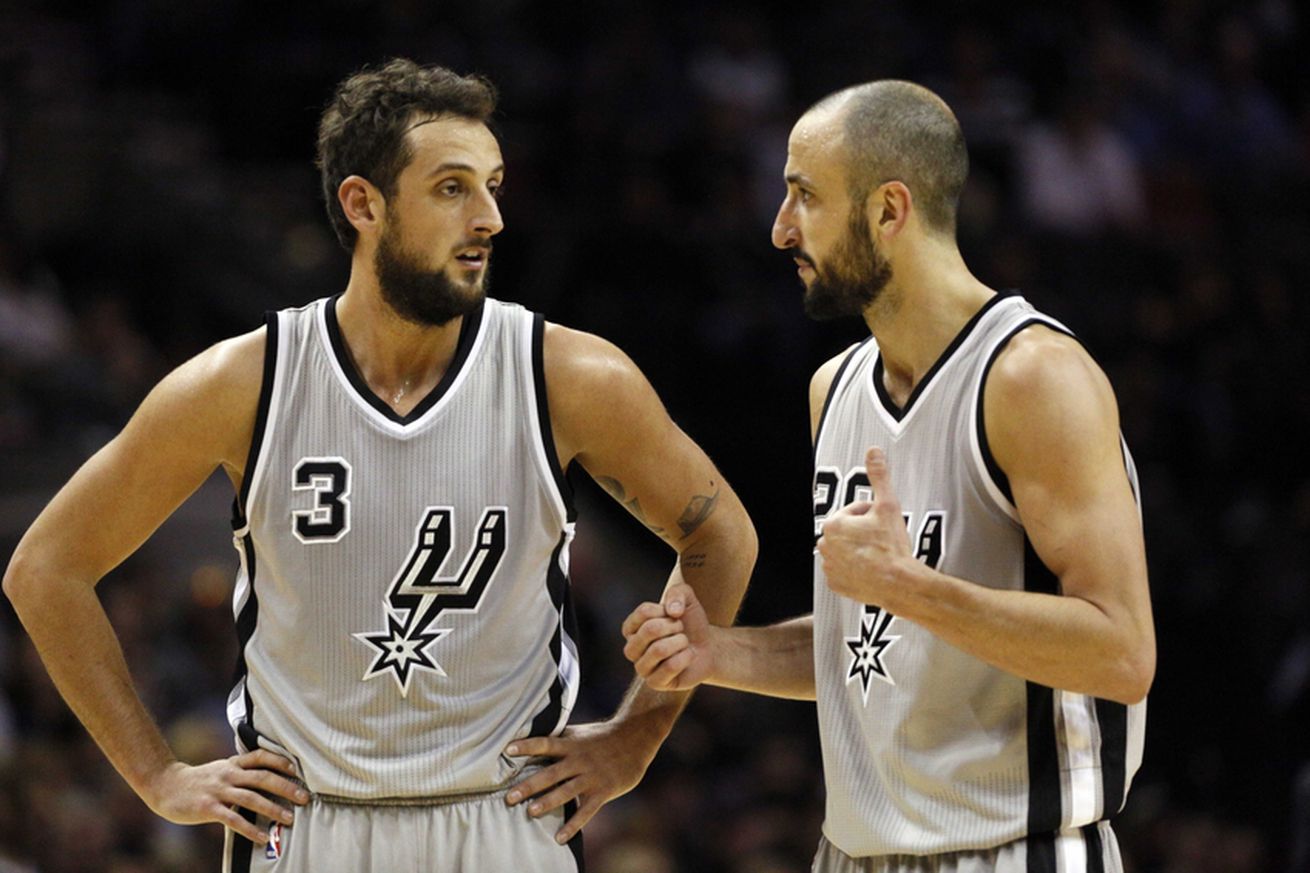 In a recent Player’s Tribune article, the ex-Spur drops inside info on our favorite Argentine.

From the former group there’s naturally Dirk Nowitzki, whom Beli had no chance of guarding. Hedo Turkoglu helped mentor him during his early NBA days in Toronto and taught him that there’s more to basketball than just shooting, and Peja Stojakovic was another mentor and the best shooter he’d ever known.

As for the latter group, there’s American Anthony Parker (no relationship to Tony Parker), whom Beli faced in both Europe and the NBA, and finally Manu Ginobili. We already know the special relationship those two have dating back to Manu’s pre-Spurs days in the Italian League, but it’s great to hear Marco to explain it himself:

This is another cheat — Manu is Argentine — but it’s a better one, I think. Manu played on my hometown team, Virtus Bologna, and he was the team’s absolute star. He was a sensation in my town. So when I got called up to the senior club, I was eager to meet him and see what he was really like.

What’s it really like to play with your hero? I thought. I was about to find out.

Something I don’t think people know about Manu is that he is a very positive person. He wants the best for his teammates, and throughout the two years I played with Manu, he was constantly coaching me. He taught me how to move with the ball on the court, which is something I hadn’t done much of at Virtus. I was already pretty good at moving without the ball, so I could find a good shot, but Manu taught me all these new tricks I had never even thought of.

To put it quite simply, Manu is a champion.

Another thing I don’t think people quite understand about Manu is his focus and his attention to detail. I’ll be honest, the coaches and staff give us a lot of information about the team we are about to play, and sometimes that information slips. It happens to most players and it’s fairly common, because there are a lot of players in this league and a lot of things to keep in mind. It’s hard to remember all of it, all the time.

Not for Manu. He remembered everything, like he had been up all night memorizing every possible fact about the other team. When I got to play with Manu again in San Antonio, he took it to another level in the playoffs. One time, I can’t remember who I was guarding, but it was a player from the deep bench who no one expected to get in. We were winning the game, and my man went into the corner and hit a corner three.

I knew I did something wrong, but I could not have told you what.

“Don’t you know that guy has a corner three? Close out!”

He knows everything about everyone, even guys he knows he has no chance of facing. That’s who he is.

That’s Manu. How is he still in the league, you wonder?

That’s sounds exactly like the Manu we know and love here.