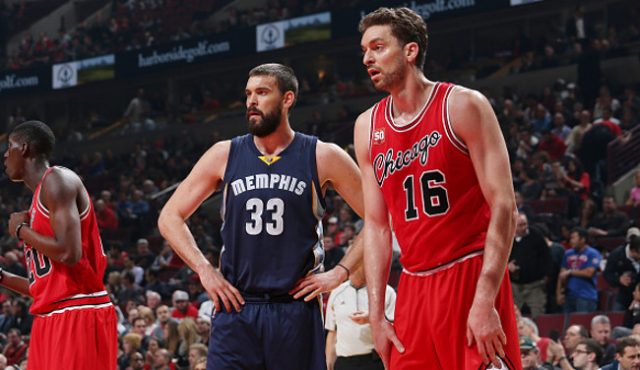 Back in April, Marc Gasol made a rather strange statement when asked where he thinks his older brother, Pau, should play next season. Instead of saying that Pau should stay in Chicago or join him to try to win a title in Memphis, Marc Gasol thought his brother should join the San Antonio Spurs where, presumably, he would be much closer to a championship.

Now, Marc is doubling down on his Pau-to-the-Spurs take in a recent interview with Spanish website Baloncesto, as transcribed by News 4 San Antonio:

For what the franchise represents, by the way they work, how they treat their players, their winning culture: no matter what they follow a defined course and do not change.

Now, at first glance, there may not seem to be anything controversial about that statement. After all, he’s totally right, and Pau Gasol would be a solid pickup for the Spurs as an additional offensive weapon in the front court. However, there is just one problem: the Spurs are division rivals with Marc Gasol’s Memphis Grizzlies, and they even swept a injury-depleted version out of the playoffs……Read More