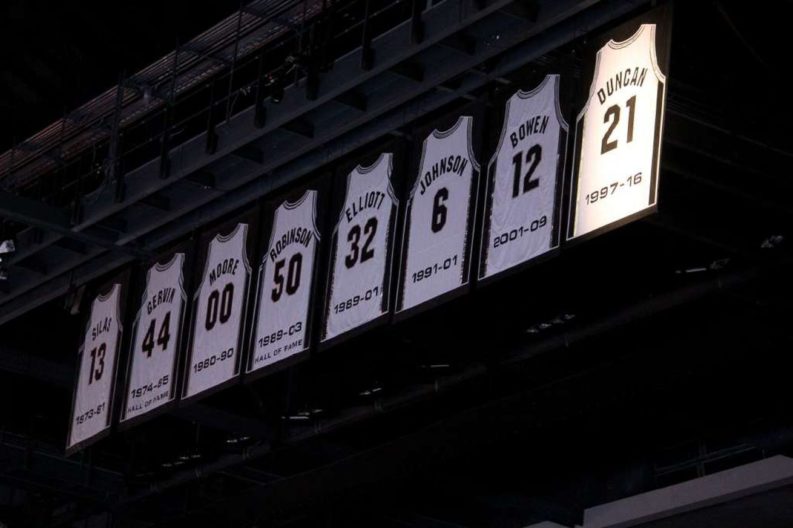 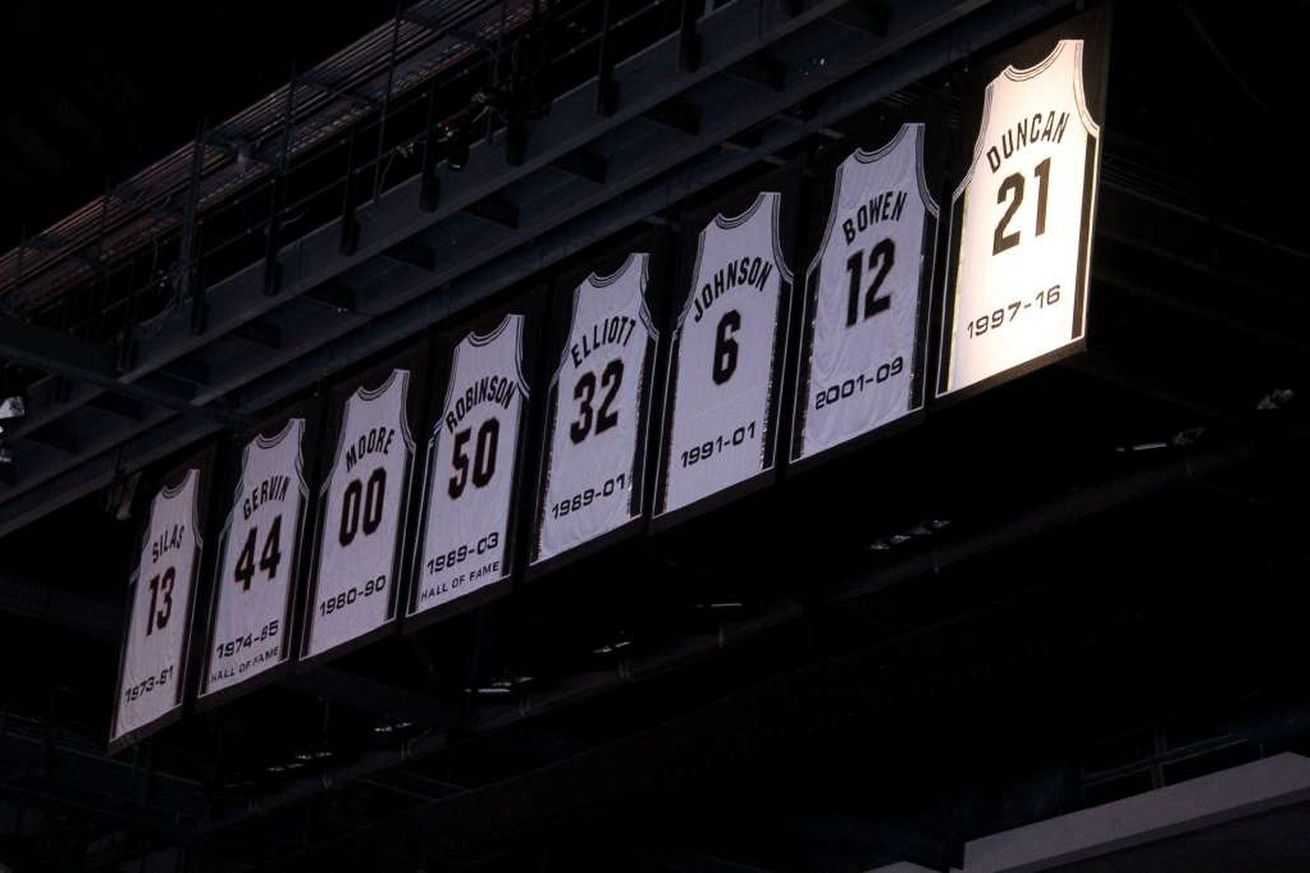 The moment we’ve all been waiting for will follow a home game vs. the Cavs.

A question on many Spurs fans minds has finally been answered: Manu Ginobili’s jersey will be retired on March 28 following a home game against the Cleveland Cavaliers. Per Spurs.com:

The San Antonio Spurs today announced that they will retire Manu Ginobili’s No. 20 jersey on Thursday, March 28 when the Silver and Black host the Cleveland Cavaliers at 7:30 p.m. CDT. A special postgame ceremony honoring Ginobili will take place on the AT&T Center floor and will be broadcast live on FOX Sports Southwest and streamed live on FOX Sports GO.

Ginobili and LeBron James are the only two players in NBA postseason history with at least 3,000 points and 300 three-pointers in the playoffs. Ginobili appeared in 218 career playoff games, averaging 14.0 points, 4.0 rebounds, 3.8 assists and 1.34 steals in 27.9 minutes. One of 10 players ever to appear in over 200 playoff games, he came off the bench 165 times and is the all-time leader in NBA postseason history as a reserve in points (2,014), assists (576), rebounds (635), steals (205), field goals made (630), three-pointers made (226) and free throws made (528). Ginobili and Tony Parker combined to record 132 playoff wins together, which are the most victories by any teammates in postseason history.

After signing with the Spurs in the summer of 2002, Ginobili became one of just seven players in NBA history to spend his entire career with one team while playing at least 16 seasons, along with Kobe Bryant, Tim Duncan, John Havlicek, Reggie Miller, Dirk Nowitzki and John Stockton. He is the first South American and just the second player drafted in the second round or later to appear in at least 1,000 games with one team.

Ginobili is one of only two players in history, along with Bill Bradley, to win a EuroLeague title, an NBA championship and an Olympic gold medal.

A limited number of multi-game ticket plans featuring the March 28 game are available by calling 210-444-5050. Single game tickets can be purchased through Spurs.com or Ticketmaster.com. More information on Ginobili’s jersey retirement will be announced at a later date.

While this is not the date this non-gambler would have bet money on (my guess was January 14 when Tony Parker and the Charlotte Hornets are in town), it does fall on date when Ginobili’s longest-tenured teammate would be able to attend. The Spurs will play at Charlotte on March 26, and the Hornets next game is not until March 29 at the Staples Center against the Lakers, so Parker (and perhaps even head coach/former Spurs assistant James Borrego) could reasonably attend before re-joining his team in Los Angeles.

Regardless, with all Ginobili has done for the Spurs community both on and off the court, this will be a very special occasion. Expect tickets to go quickly, so if you want to attend start planning sooner rather than later.

Manu Ginobili will become the ninth player in Spurs history to have his number retired. He joins: