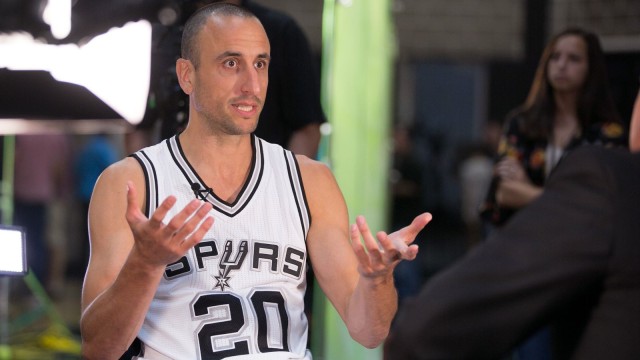 Manu talks about how the team is preparing to start the season and shares his feelings about his diminished role.  What follows is a translation of Manu Ginobili’s column, which was published by Argentine newspaper La Nación on October 18.

It’s still too early to know where we stand. The first few preseason games are used to see what the youngsters and the guys who are trying out can do. That’s why us older guys don’t play much. I just got 12 minutes in one game (Atlanta) and 13 in the other one (Miami). I think Tim (Duncan) only got 12 minutes last game. From what I know, from this Sunday on, we are going to play like we will during the season. That will allow us to have a better sense of where we are now……Read More

Source: Manu Ginobili: “We have to adapt to LaMarcus Aldridge and he to us” – Pounding The Rock