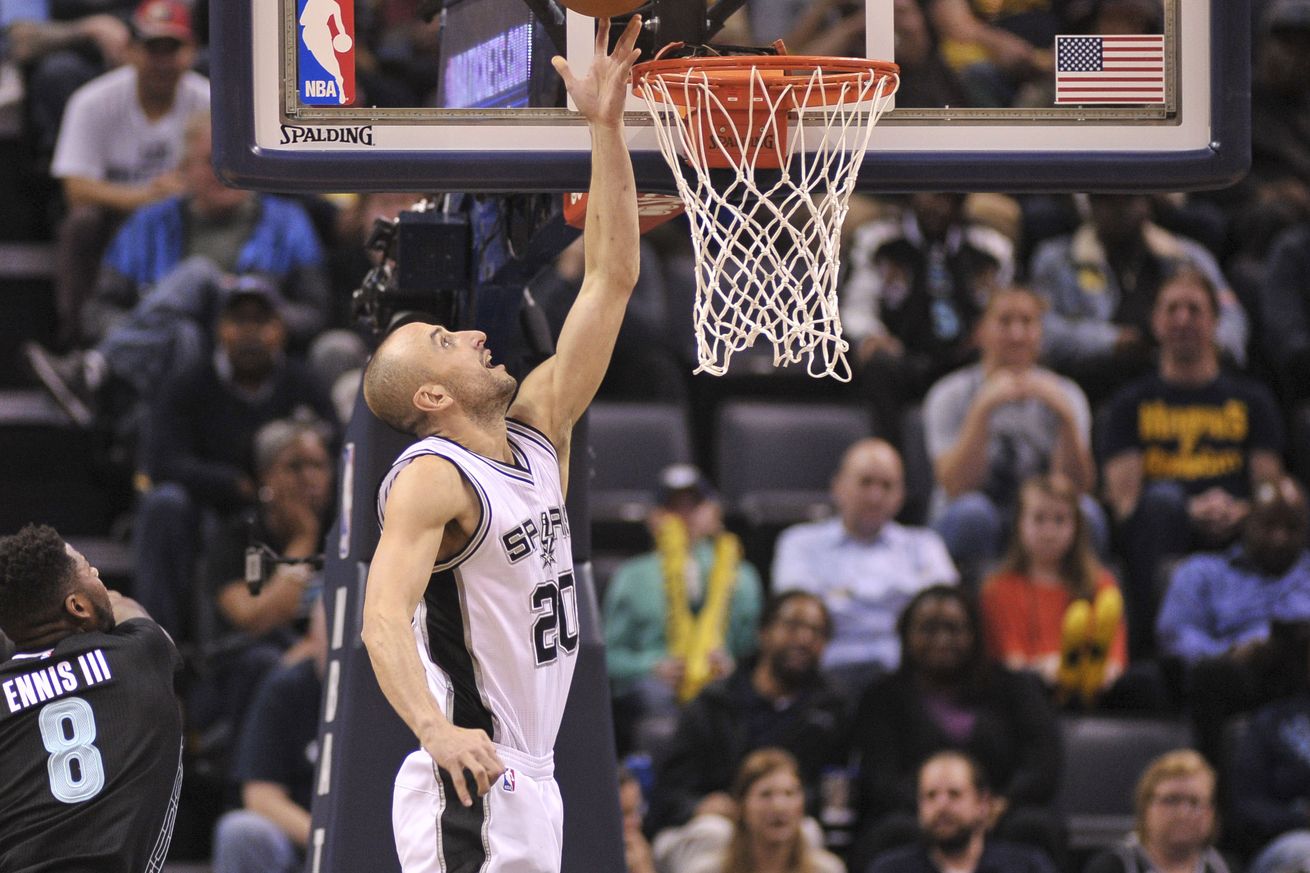 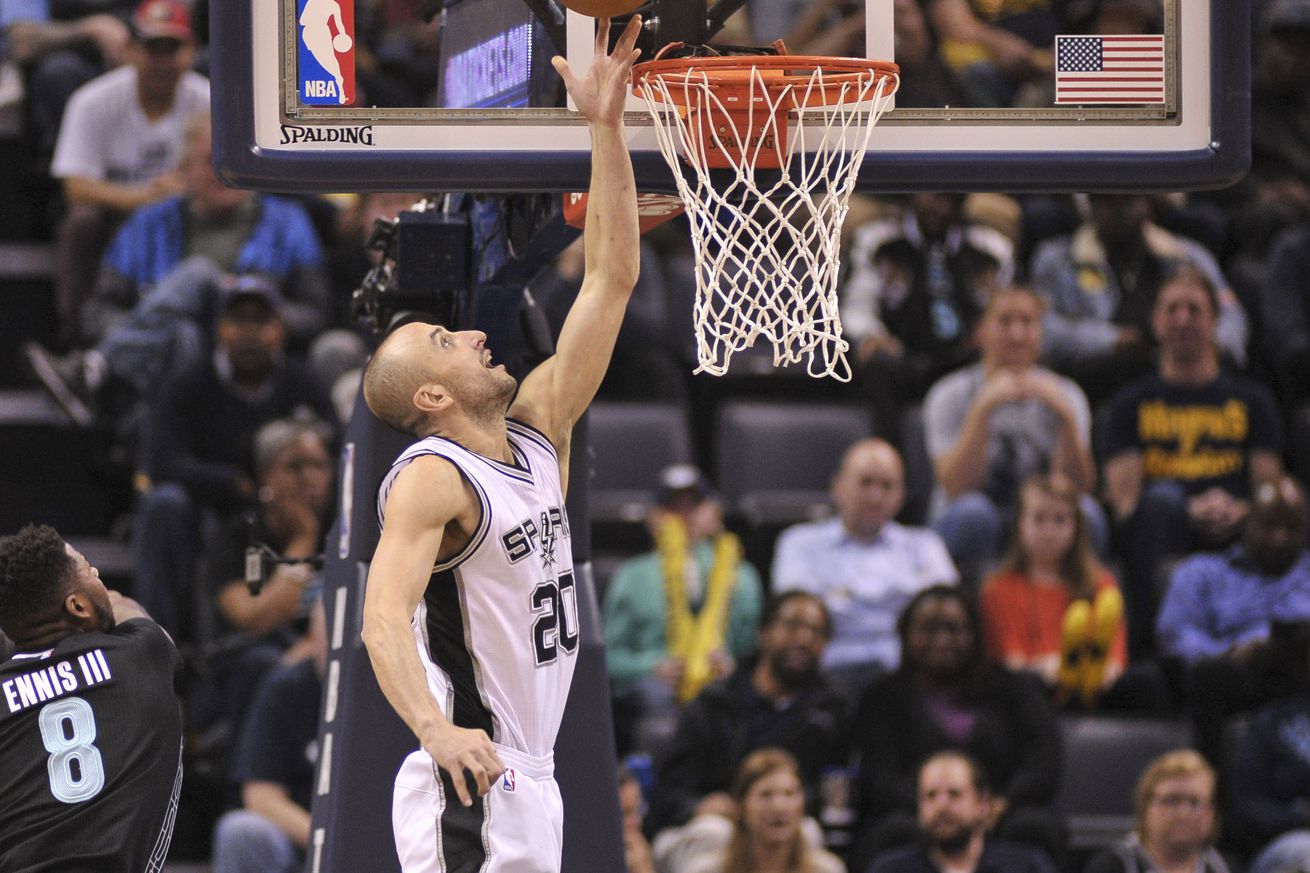 Spurs as a whole did not play well but Ginobili had a Manu-esque game.

The Spurs had three major runs against Memphis on Monday night. A ten to two run in the second quarter, a nine to two in the second quarter and a six to zero run in the third quarter. Manu was prominently involved in each. The Spurs had zero runs in a fourth quarter that saw Manu getting just twenty-one seconds of action. In all, Manu played a little over seventeen minutes and went five of nine including two of five from the three point line for a total of twelve points. He had three assists, one steal and only one turnover for a team best plus seven in plus/minus. But it wasn’t just that he scored, it’s the way he scored that made his run so enjoyable.

#1 We start off with what could be called the two man team within the team. Manu Ginobili and David Lee, who also played well. Individually and together they know how to read and react in a meaningful way which usually results in a score.

#2 As LaMarcus Aldridge passes Manu the ball notice there is only one defender guarding Manu, so he steps around him and takes advantage of a clear path to the basket using his famous euro-step.

#3 Here we see David Lee setting a screen for Manu as he drives to the basket leading with his body and holding the ball back until he elevates and finger rolls for the basket.

#4 With a head fake, Manu throws his man off balance so he shows a drive but takes two steps and drops back for a spot up make.

#5 Here we see Manu bringing the ball up and as he crosses the half court, he makes a great cross court assist pass to a waiting Danny Green for the open three.

#6 In this last play we watch Manu steal the ball, dribble up as he surveys the players positions on the floor. Making the right decision, he pulls up at the three point line and lets it fly for the wide open three pointer.

When they have their film study, it will become very apparent that Manu played his style of basketball. He played within himself. He passed the ball. He took shots when he was open. In other words, he played unwavering high I.Q. basketball. He was a part of five different lineups and all five were in the plus. Those were the only lineups in the plus for the night. As many team members should bow their heads lower than a dogs tail, Manu should raise his arms high above…but that will never happen.