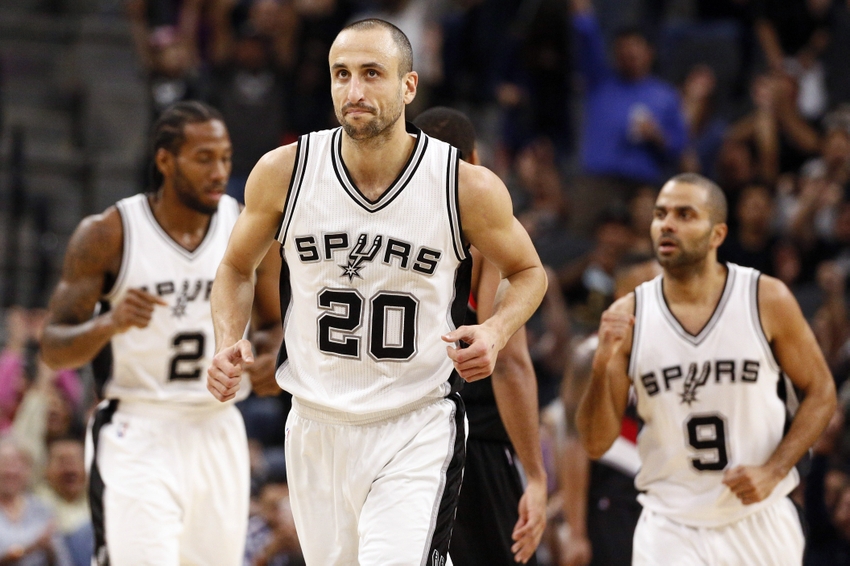 This is probably Manu Ginobili’s final season. Yes, I know that we’ve all been thinking that since 2012, but this time it might be true.

He and Tony Parker are the last two players from last decade’s championship teams. Tim Duncan’s leaving over the off-season and Tony Parker’s desire to play “five more years” allows Manu to get a proper send off to NBA retirement.

I doubt that Ginobili and the Spurs will have to endure the pomp and circumstance that followed Kobe Bryant’s farewell tour, but I imagine the leagues’ other teams will show their appreciation for Manu’s accomplishments throughout his Hall of Fame career.

All this retirement talk, of course, takes a backseat to team goals and expectations. This isn’t the Los Angeles Lakers, who were so bad last year, that they had to pimp out Kobe to get butts in the seats. Many analysts have the Spurs penciled in as one of the top two or three teams out west. Last year the story for the Lakers was Kobe’s retirement. The story for this season’s Spurs is how will they compete at a championship level without Duncan.

Not only will Manu be expected to provide veteran leadership on the court and in the locker room, but his production is needed if they are to be a legitimate threat to the defending Western Conference champion Golden State Warriors.

Ginobili’s minutes played average has hovered around 22-23 minutes a game since the 2010-11 season, when he played an average of 30 minutes a game (2007 he averaged 31 minutes–a career high).

In the 2010 season he averaged 17 points and 4.9 assists a game. Ginobili has not averaged more than 14 points a game since then and last year he only scored 9.6 points (his career low is the 7.6 points he averaged his rookie year) while playing an average of 19.6 minutes a game……Read More