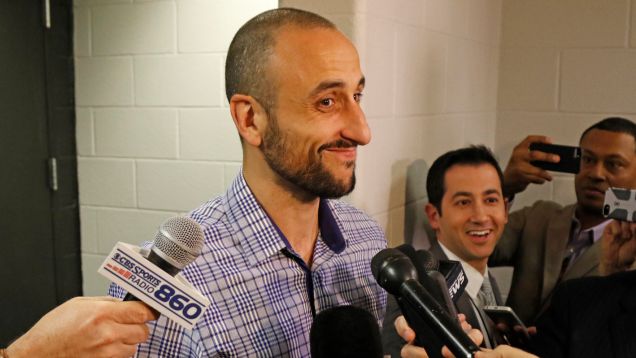 On February 4, the San Antonio Spurs announced that Manu Ginobili would miss a month after requiring testicular surgery to repair whatever happened to his Ginobilis when Ryan Anderson plunked them with a stray knee.

Ginobili, however, recovered faster than the team had initially projected. His quick healing surprised Gregg Popovich, but, in his words, it didn’t stun him “like a catfish getting hit on the head.”

In more catfish-hit-on-head level news, Ginobili made his return last night against the Sacramento Kings and played his very best game of the year. The Argentine only played 15 minutes but he hung a season-high 22 on the Kings on 8-of-11 shooting. That’s the third-most anyone’s scored in the past three decades in 15 or fewer minutes. The Kings are always good for giving up weird little scoring records like that…..Read More

Source: Manu Ginobili Is Stronger Than Ever After His Ball Surgery