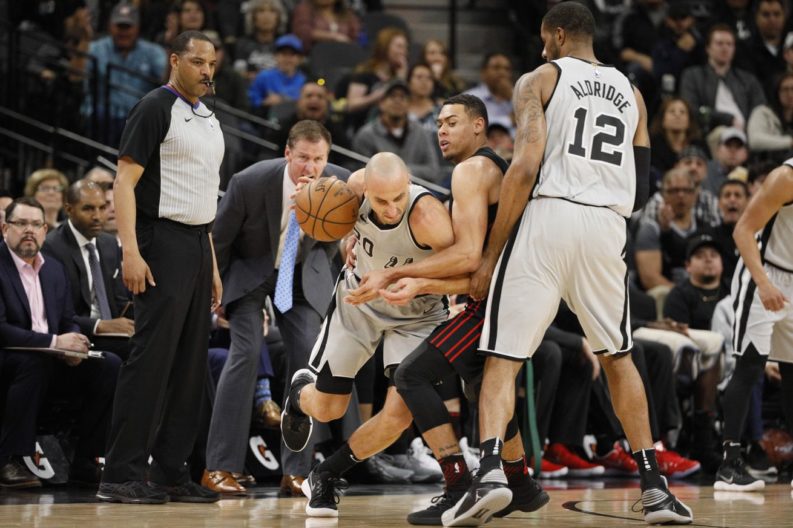 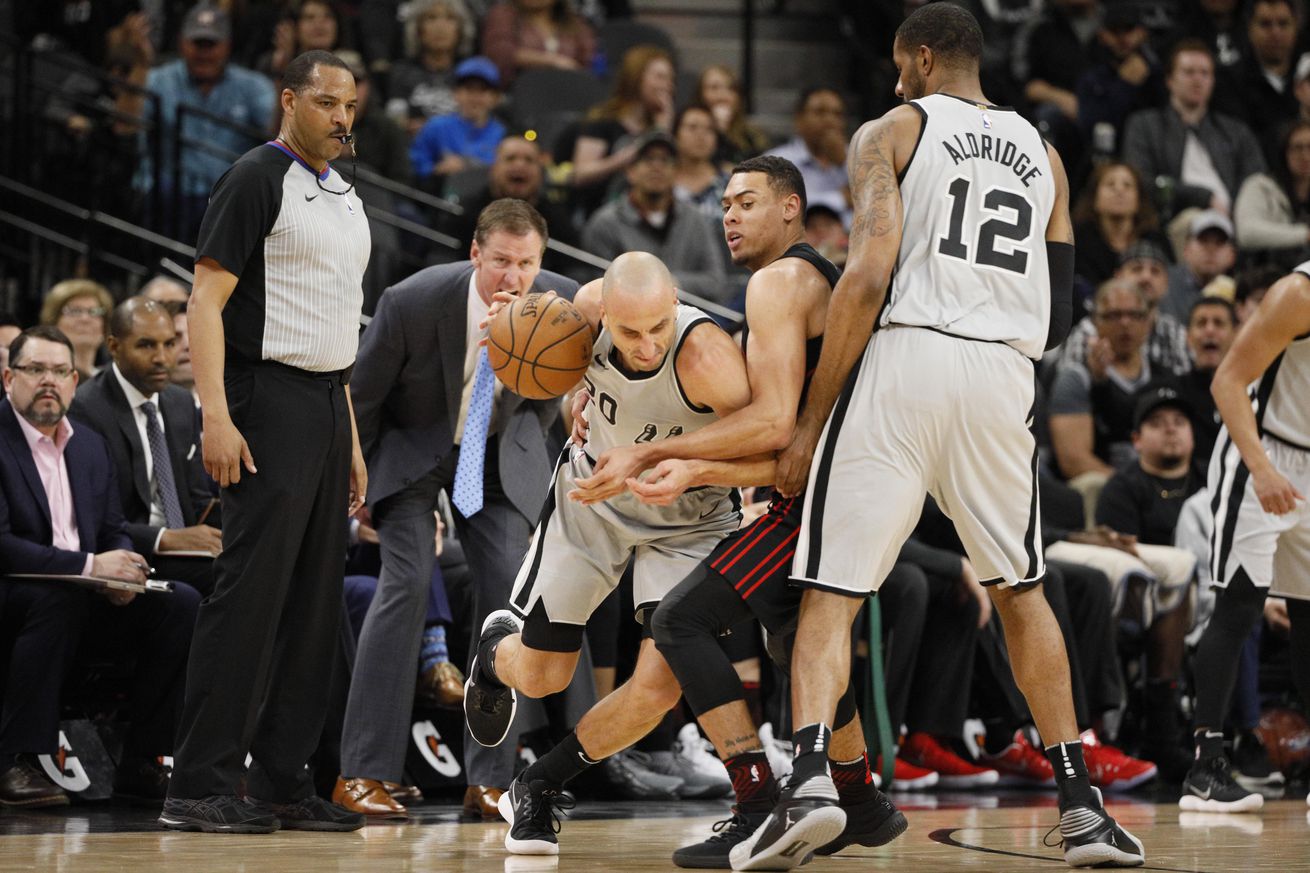 With the Spurs’ postseason hopes on the line, Manu’s magic came through once again.

Times were getting desperate. After blowing two straight games in Los Angeles, the Spurs had dropped from being comfortably in fourth place to the playoffs not being a sure thing once again. Facing a must-win at home against a potential first round opponent, the Spurs were engaged in a back-and-forth affair with the Portland Trail Blazers.

While they were getting their usual stellar contributions from LaMarcus Aldridge and other role players like Rudy Gay, it was the performance of another familiar face that blew the roof off an AT&T Center that was already buzzing with a playoff-like atmosphere. That would be none other than Manu Ginobili, who had a throwback 17-point game on 7-7 shooting, including an eight-point outburst in the middle of the fourth quarter that gave the Spurs a 13-point lead and the separation they needed to close out the win.

However, humble as always, Manu wasn’t celebrating after the win, but rather he remained down to earth, knowing what the Spurs needed to do last night and what they need to do going forward:

“Today was an amazing game,” – Manu Ginobili on a complete team victory.

While it seems like Manu has another year in him, we won’t know for sure when our last Magic Manu Moment will be until he commits to another season, so for now every performance he gives deserves cherishing. In a season that has had plenty of Manu-mania, this performance just might have been his most important one yet.

As Terry Stotts said after the game, “Ginobili did what Ginobili does.”

Or as we like to put it, Manu gonna Manu.