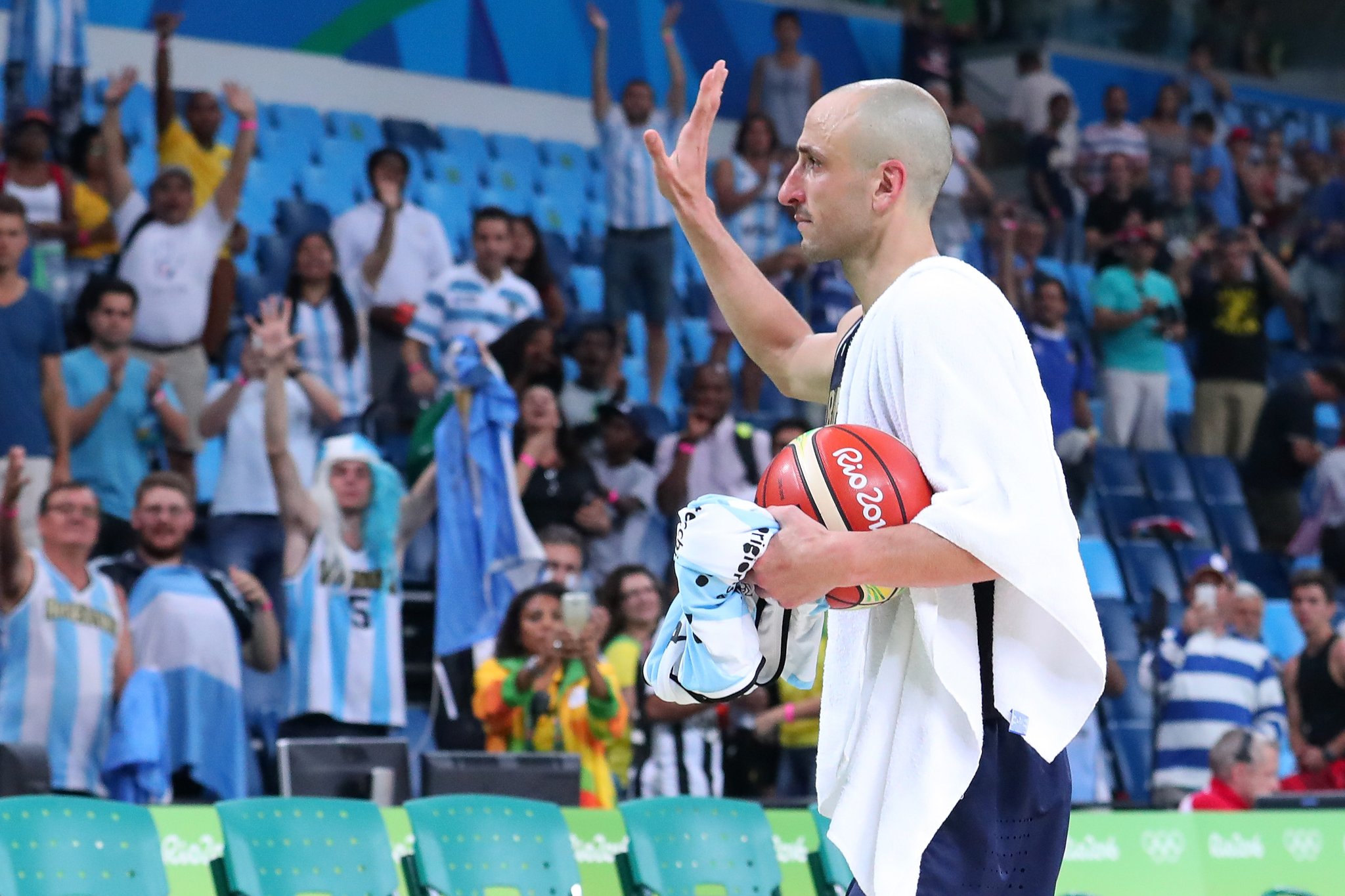 Before Manu Ginobili was a future NBA Hall Of Famer he made his debut in the Argentine Basketball League.

4 years before he was drafted by the Spurs with the 57th pick in the 1999 NBA Draft and 7 years before he made his NBA debut, 4 x NBA champion and future Hall of Famer Manu Ginobili was a professional basketball player in the Argentine Basketball League. On Wednesday – 21 years after his Argentine debut – Ginobili ended his career with Argentina by playing in his final game for his country.

“I started playing at 19 20 years old and now I’m almost 40,” Said an emotional Ginobili during a postgame interview after scoring 14 points in a 105-78 loss to the US. “So of course a lot of things happened. Some amazing times, unbelievable ones, some tough ones. But most of them with the same core group of guys, good friends, representing a lot of people that I love, leaving on the side, my family. It’s just very hard. I’m sorry.”

Manu Ginobili talks to Ros on playing for #ARG in the olympics.

In 2004, Ginobili led his Argentinian team to a Gold medal at the Olympics in Athens and became just the 2nd player to ever win a Euroleague title, a NBA championship and a Gold – NBA great Bill Bradley is the other. In 2010, Ginobili was also acknowledged as the most important sportsman of the decade in his country when he was awarded the Diamond Konex Award……Read More

Source: Manu Ginobili Gets Choked Up After Playing His Final Game For Argentina