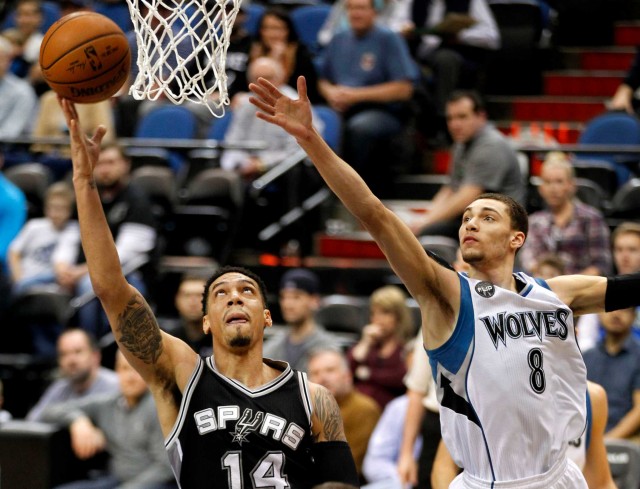 Ricky Rubio and Tyus Jones sat in the Minnesota Timberwolves locker room before tipoff Tuesday night chatting about how the Spurs aren’t getting enough attention.

“Everyone’s talking about Golden State, that they’re having a great season,” Rubio said. “But San Antonio is right there, with only 10 losses.”

“Yeah,” Jones said, “everybody’s focused in on Golden State. But the Spurs are a really good basketball team, and their record proves it.”

With the Warriors sporting a 56-6 mark (.903 winning percentage) heading into Wednesday night’s late game with Utah, NBA conversations surely will continue to center on the defending champion’s pursuit of the 1995-96 Chicago Bull’s NBA best 72-10 mark (.878) […] in order to crack that elite company, the Spurs will have to survive a challenging 19-day, 10-game stretch in which they will face nothing but teams that currently sport winning records, beginning with Thursday night’s home game against the Chicago Bulls, who are 32-30, including a 92-89 win over the Spurs in November. All told, the Spurs have three games left with both Golden State and Oklahoma City, which beat the Spurs in the season opener and owned the West’s third-best record (43-20) entering Wednesday night’s late game against the Clippers. “We go game by game and we try to get better at what we do, and hopefully we will be better by playoff time,” said assistant coach Ettore Messina, who filled in the last two games for Gregg Popovich while the Spurs head coach dealt with what the team called a family medical situation……Read More