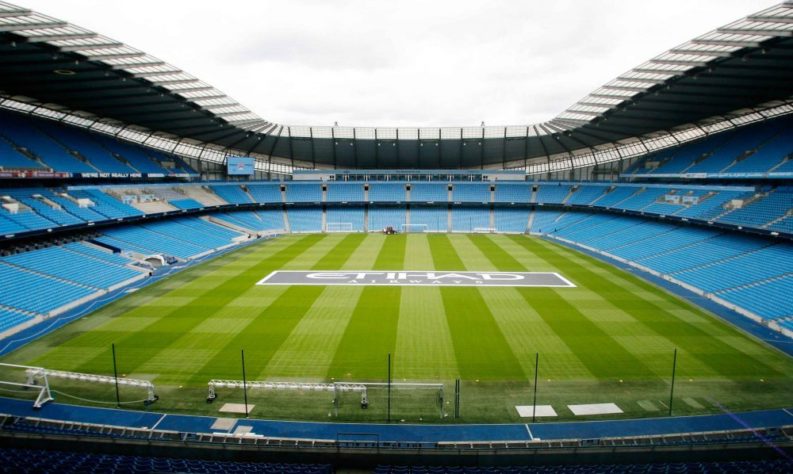 Images that purport to show Manchester City’s new home kit for the 2020/21 season have leaked out online, and it is safe to say the design will divide supporters.

Shirt manufacturers Puma have gone with a pattern which can only be described as white cracks across the sky blue kit. Fans on Twitter are not that happy with the choice of motif:

Looks like someone printed a bathroom tile on it…

Puma are trying to spoil our tradition, adding purple last year now they’re mixing white and blue on the main part of the kit

This is way uglier than it looked at first

Looking like a Coventry kit circa early 90s. Absolute minger.

Whether this kit actually turns out to be genuine, we shall have to wait and see. It’s likely that the release will be delayed in line with the beginning of the new campaign, which could be quite a few months away.

Puma are certainly looking to be bold with their design choices, with a leaked image suggesting that City will go with a floral pattern on their third kit.

Whether such divisive colours and patterns will end up being rewarded with higher shirt sales, it remains to be seen.