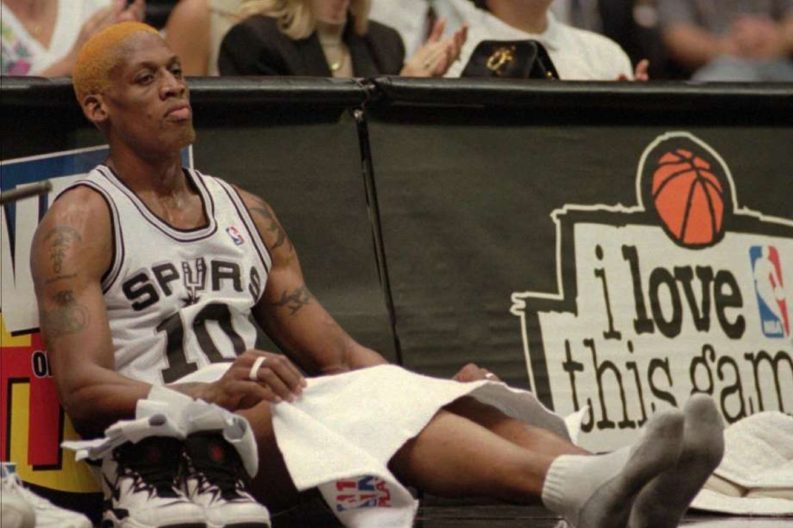 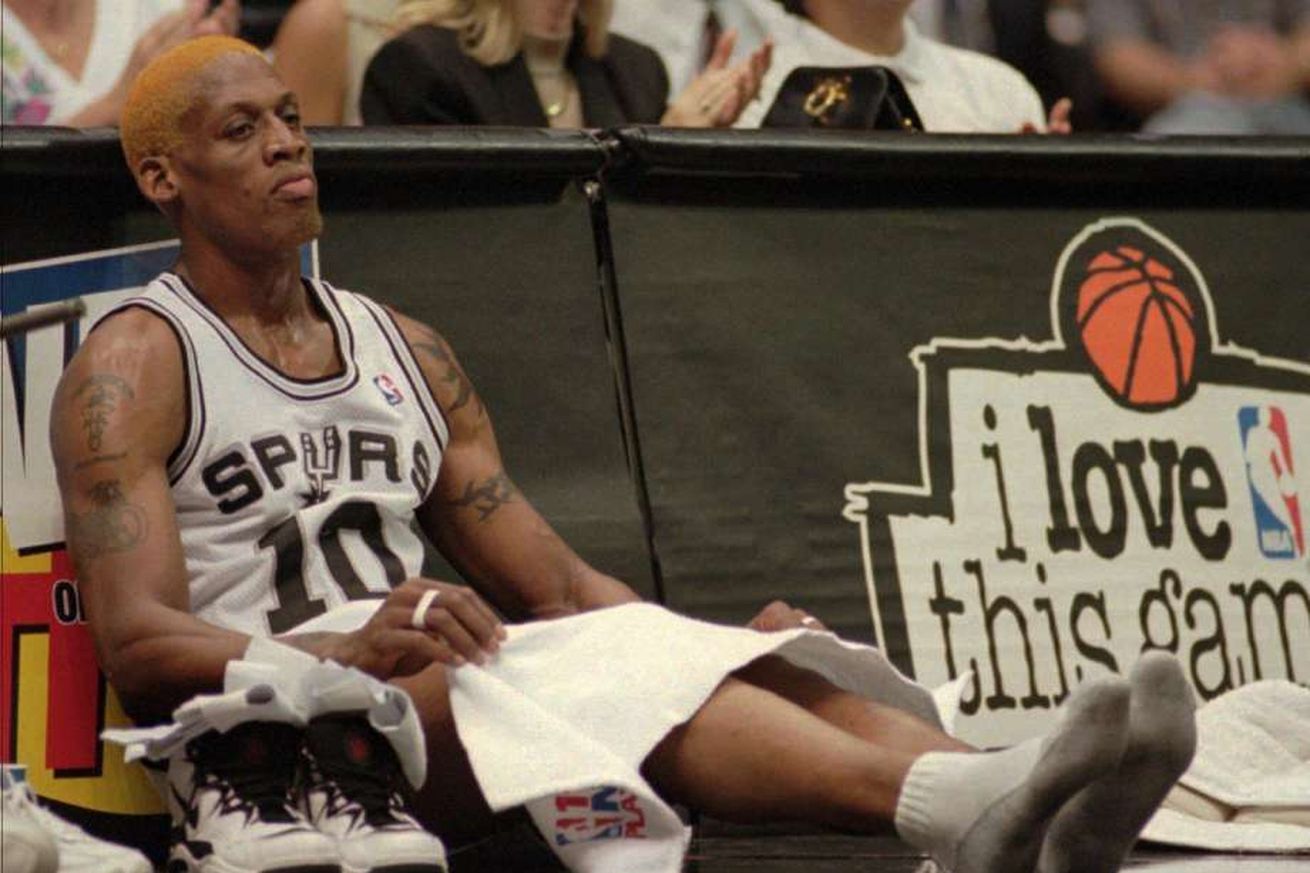 The Worm was a one-man headline generator in San Antonio

Few basketball players have been as controversial, entertaining, and impactful as Dennis Rodman was during his tenure in the NBA. Though the unpredictable and undersized forward wasn’t always the most locker room-friendly teammate, he will go down as one of the all-time great winners in the history of the league.

The two-time Defensive Player of the Year won five championships over his 14-year career, back-to-back with the “Bad Boy” Pistons and three-peat in final hurrah with Michael Jordan’s Bulls. He also had an opportunity to chase another title with San Antonio in between those stints but came up short as Hakeem Olajuwon famously dominated the Spurs in the 1995 Western Conference Finals.

His antics on and off the court drew criticism from his coaches, peers, fans, and the media, but his inexhaustible energy and willingness to lay his body on the line left little doubt about his drive to make winning plays. Despite his success in Detroit and Chicago, The Worm never failed to make headlines for all the wrong reasons.

The latest episode of “The Last Dance” illuminated a 48-hour midseason vacation Rodman took to Las Vegas during the 1997-1998 Chicago Bulls championship campaign. As absurd as that seems, this wasn’t the first time he asked for special privileges from a franchise responsible for paying his multimillion-dollar salary.

According to an interview given to the Boston Herald by former Spurs assistant coach Dave Cowens, Rodman once planned a motorcycle ride from San Antonio to Luckenbach, Texas, a trip head coach Bob Hill and general manager Gregg Popovich weren’t keen on allowing. However, under the supervision of Cowens, the excursion was approved but went about as poorly as expected.

“They didn’t know there was a stop sign up there. So when they hit the stop sign, all of a sudden both bikes, they just laid them down, and both guys were flying through the air,” said Cowens. “(Rodman) flew right by me — did a somersault in the air, head over heels, hit down on his (rear), went back, went back on his elbows, tore the (expletive) out of the white T-shirt he had on.

The Spurs were 62 games into the 1994-1995 season, and Rodman had landed himself in the hospital. He returned a month later for the six remaining regular-season games on the schedule and suited up for all 15 of San Antonio’s postseason matchups, but his time with the Silver and Black was on thin ice.

As if that wasn’t enough to make Hill, Popovich, and the front office furious, Rodman’s absence from team huddles, increasing dissociation from the organization, and off-court distractions didn’t help his cause. The erratic All-Star even had a very public fling with pop superstar Madonna.

The Demolition Man only spent two seasons in Silver and Black before being traded to the Windy City in a lopsided deal for backup center Will Perdue. Though the Bulls won a trifecta of consecutive titles directly following the transaction, David Robinson, Popovich, and the Spurs would luck into acquiring franchise cornerstone Tim Duncan in the 1997 Draft and win their first championship just one season later.