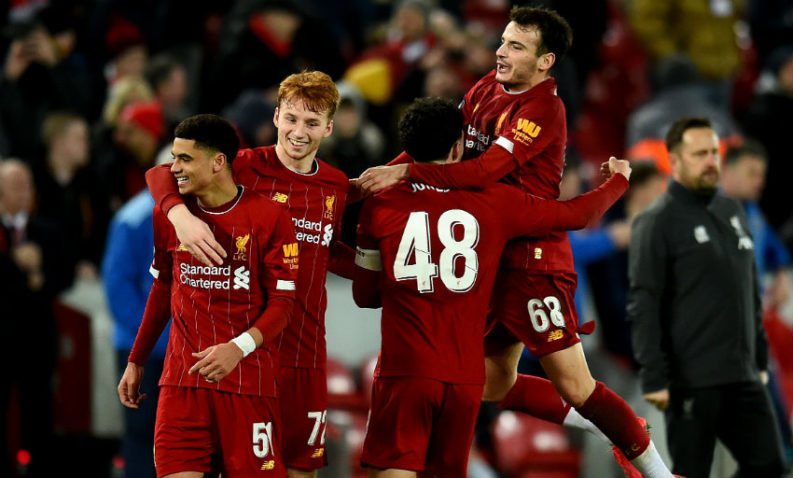 Another busy month started with a fine all-round team performance by Liverpool in February.

The Reds moved 22 points clear at the top of the Premier League after putting four goals past Southampton at Anfield.

Despite not getting on the scoresheet himself, Roberto Firmino scooped the Man of the Match award that afternoon for laying on three exquisite assists.

As the senior squad then observed their Premier League mid-season break, Neil Critchley took charge of a youthful side for the FA Cup fourth-round replay against Shrewsbury Town.

With the starting XI’s average age 19 years and 102 days, Critchley fielded the youngest team in the club’s history for the encounter.

And a fearless display from the young Reds that night in front of a sold-out Anfield saw them take down their League One opposition courtesy of a Ro-Shaun Williams own goal.

“We played like a Liverpool team and I’m so proud of them,” Critchley said of his players afterwards. 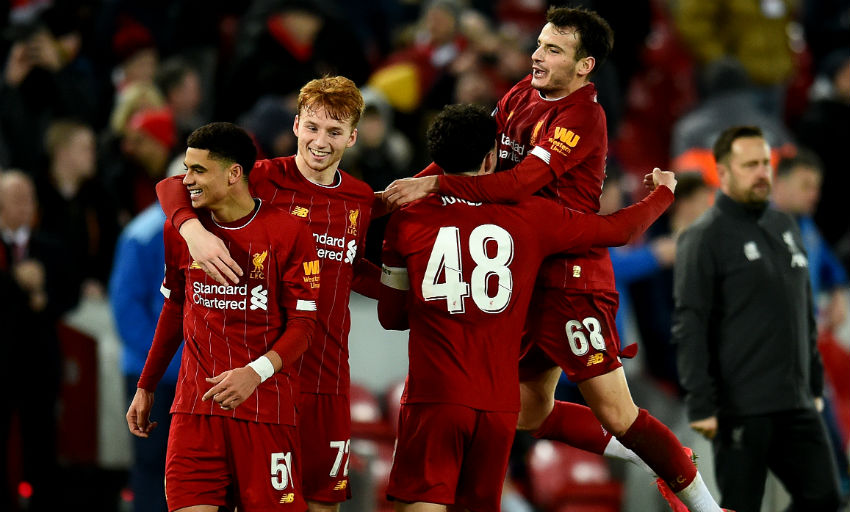 When the top flight returned, Liverpool travelled to Norwich City. A tense affair was settled when Sadio Mane came off the bench to net the game’s only goal with 12 minutes remaining, taking the Reds’ lead at the summit to 25 points.

The Champions League was then back on the agenda as Jürgen Klopp’s side returned to an emotional venue. But this time it was an unhappy visit to Estadio Metropolitano, the scene of the club’s triumph in the competition in 2019.

Liverpool returned to winning ways, though, at the next possible opportunity – albeit in rather dramatic fashion – to equal the English top-flight record of 18 successive wins.

West Ham United went 2-1 up on the night at Anfield after Georginio Wijnaldum’s opener. However, the hosts fought back as Mohamed Salah equalised before Mane netted the winner in the 81st minute.

On equalling Manchester City’s winning run, Klopp said: “I never thought it would be broken or equalled. We did it and I cannot believe it happened, to be honest.”

But that sequence was halted the following weekend as Watford handed the Reds their first league defeat of the campaign with a 3-0 scoreline at Vicarage Road.