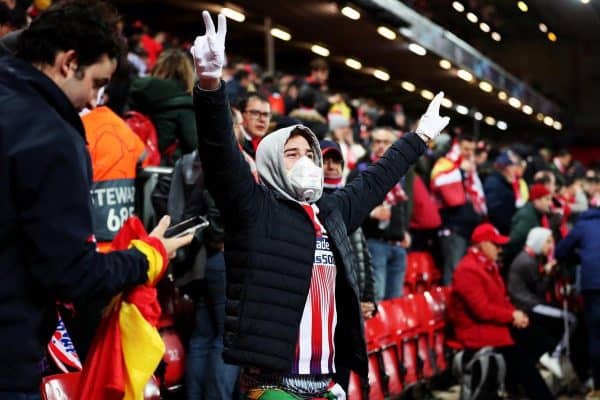 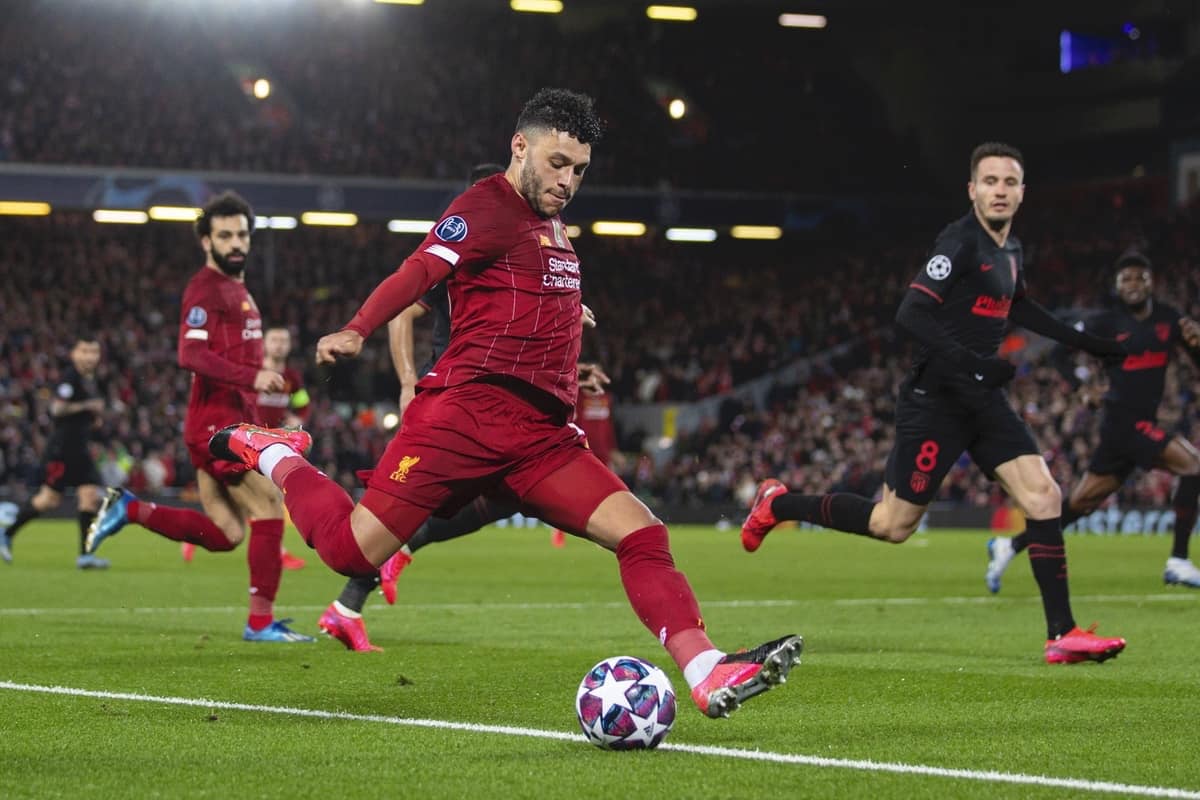 Links between the outbreak of coronavirus in Liverpool and the staging of the Champions League clash against Atletico have been described as “an interesting hypothesis.”

The words came from the government’s deputy chief scientific adviser, Angela McLean on Monday as questions continue to be asked of how the game was given the green light.

Over 3,000 Supporters from Madrid were able to travel to the UK on March 11 despite the Spanish capital having already implemented a partial lockdown due to a spike in cases.

The game proved dramatic as Atletico came from behind in extra-time and it would be the last match played in England as the Premier League would suspend all action two days later.

Liverpool’s health chief previously spoke of how the game should have been called off and more recently the Madrid mayor conceded it was a “mistake” to allow Atletico fans to travel.

And the shocking figures of cases and deaths which have arisen since then has confounded the decision to proceed with the tie.

Liverpool itself has seen over 1,000 confirmed cases and over 250 deaths relating to the virus recorded in the city’s hospitals.

In the government’s daily briefing on Monday, McLean acknowledged that the link between the virus in the two cities is “an interesting hypothesis” which must be explored.

“I’m genuinely sad to see that so many people in Liverpool are unwell and so many have died,” Professor McLean said.

“The question needs to be put into the context of what was the general policy of the time.

“If we were at the bit of history where we were living our lives as normal, in that circumstance, going to a football match is not a particularly large extra risk.

“However, once we get to the situation of our strange lives as we live them now, when we spend all our time at home, of course, you wouldn’t add on an extra risk of lots and lots of people all going off to the same place at the same time.

“I think it will be very interesting to see once all the science is done what relationship there is between the viruses that have circulated in Liverpool and in Spain – that is certainly an interesting hypothesis you raise.”

But Chancellor Rishi Sunak defending the decision for not having a ban on large sporting events earlier, which included the Cheltenham Festival.

“At every stage in this crisis we’ve been guided by the scientific advice and have been making the right decision at the right time,” he said.