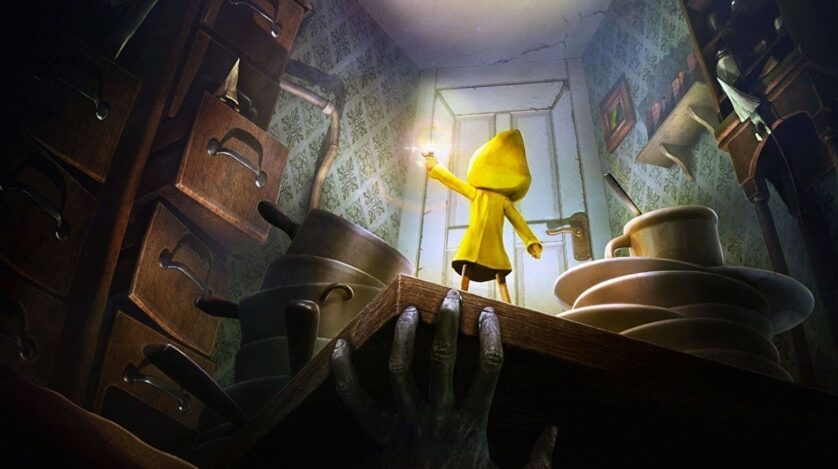 Those who enjoy PC gaming, a macabre take on storybook narratives and platforming puzzles interspersed with stealth should take note: Bandai Namco are giving away free Steam codes for Little Nightmares right now (though they haven’t made it clear for how long).

A heads up on the details though: you will have to make an account on the Bandai Namco online store, which was a little trickier for us than it seemed. The site crashed a couple of times (likely high traffic), and the option to register our account in the UK wasn’t an option, with others reporting that they have the same error on PCs, but not on mobiles.

Still, if you do manage to push through and claim it, Bandai Namco will send you your very own copy of Little Nightmares. We rated the game pretty highly in our review, a horror-inflected stealth/platformer in which we play a little girl in a raincoat trying to escape being eaten by huge, distorted giants living on a vast, creaking cruise liner. It’s more eerie than outright terrifying, intentionally playing to childhood fears and occasionally building hide-and-seek tension. It’ll likely be a winner for those who enjoyed Limbo and Inside, and even if it isn’t – well, what’s it matter? You’re getting it for free anyway. And not only that, but with Little Nightmares 2 coming out soon, this might be the perfect opportunity to get on board the series.

There’s plenty more deals at Eurogamer! Check out the best deals on PS5 and PS4, or those for Xbox here! Alternatively, head to the Jelly Deals Twitter for info on deals as they appear!