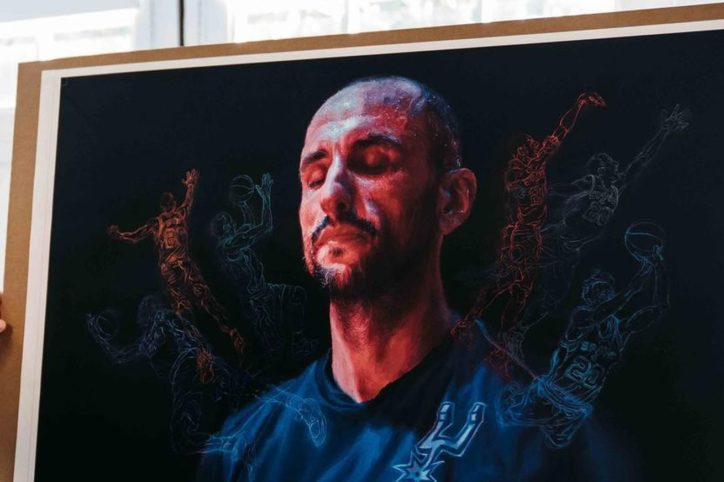 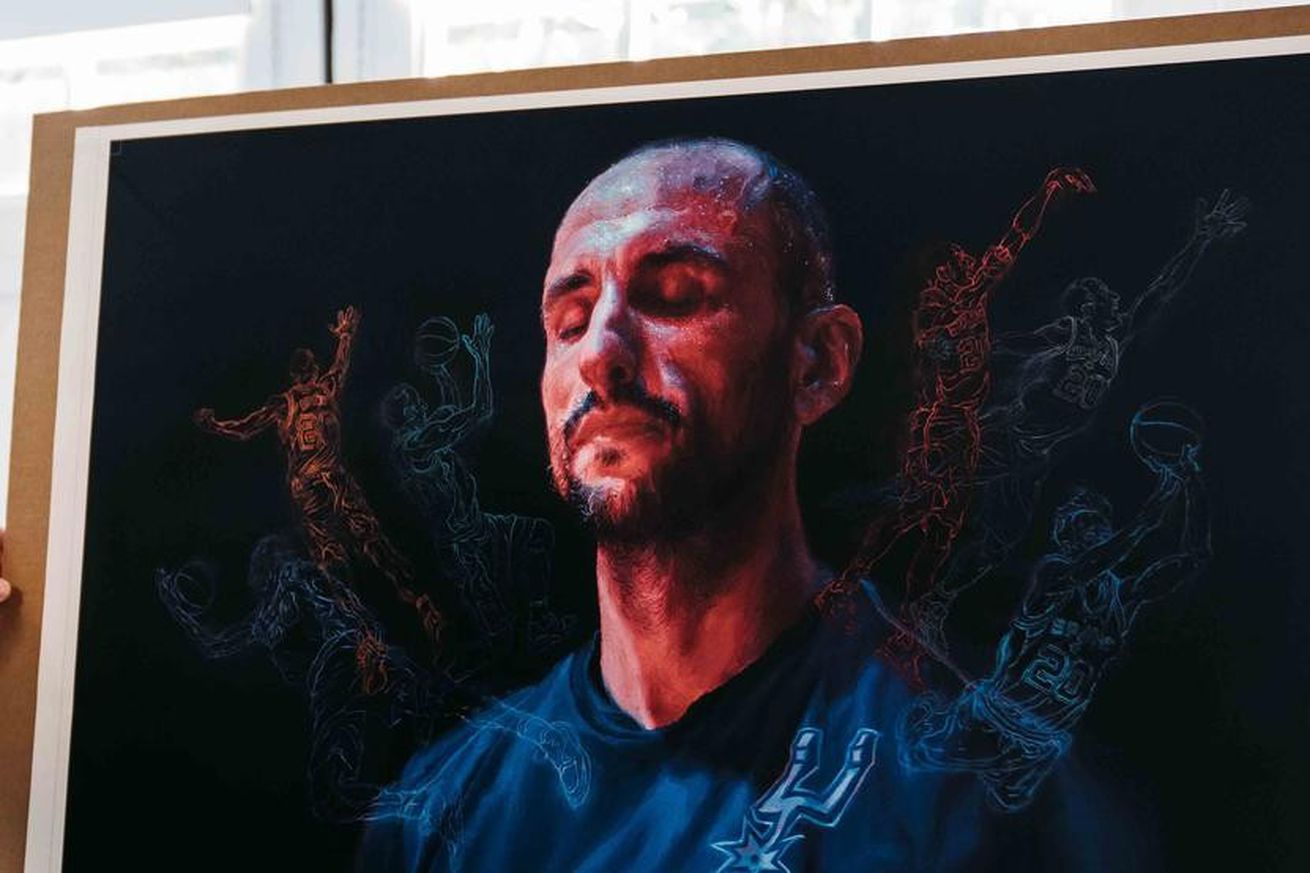 There are only 120 total, and it’s for a charitable cause.

Manu Ginobili’s jersey retirement ceremony is just two days away, and you can get a spectacular limited-edition digital print of him by renowned local artist Vincent Valdez for a the friendly price of just $2,500! It might be worth it since only 120 are being made, they will be signed by both Ginobili and Valdez themselves, and all proceeds will go towards Silver and Black Give Back.

This is from the Spurs’ official press release:

This once-in-a-lifetime sale, which pairs two South Texas legends, is in celebration of Ginobili’s contributions both on and off the court. Valdez’s original oil-on-paper piece uses his classic contemporary style mixed with contour drawing, a technique used to capture the expressive movement and form of the human figure, to create a whirlwind of motion by countering the calmness of the portrait.

“Silent, contemplative, collected, unpredictable, determined, driven: this is Manu, reflecting on his life and love for this game and daydreaming about the next chapter of his epic journey, “ said Valdez.

Ginobili will become the ninth player in franchise history to have his number retired. He spent 16 seasons with the Spurs and finished his career as a four-time NBA Champion who was named to two All-NBA teams and two All-Star games. The 2008 NBA Sixth Man of the Year also helped Argentina to an Olympic gold medal in 2004, making him one of only two players, along with Bill Bradley, to win a gold medal, an NBA Championship and a EuroLeague Championship.

Valdez is most recognized for his monumental portrayal of the contemporary figure. His art can be found nationwide including at the Ford Foundation in New York, the Los Angeles County Museum of Art, the Blanton Museum of Art in Austin, the Smithsonian Museum of American Art and National Portrait Gallery in Washington D.C. and more.

All proceeds from the sale will benefit Silver & Black Give Back youth programs. SBGB has focused on supporting youth sports and youth-led service programs throughout San Antonio and South Texas since 1988 and has invested more than $25 million back into the community.