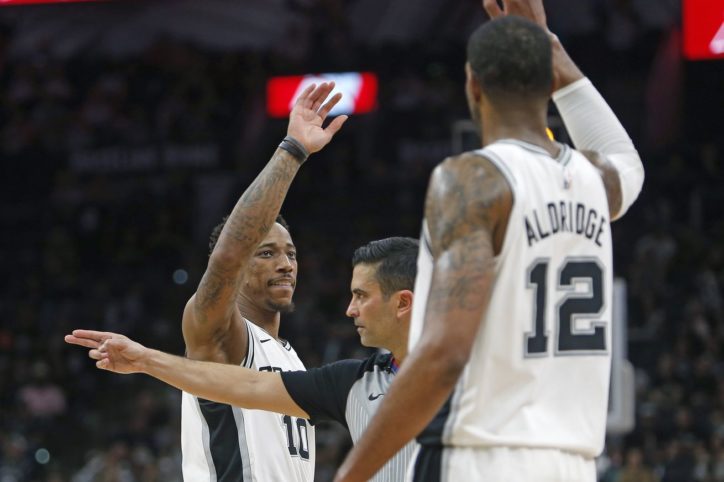 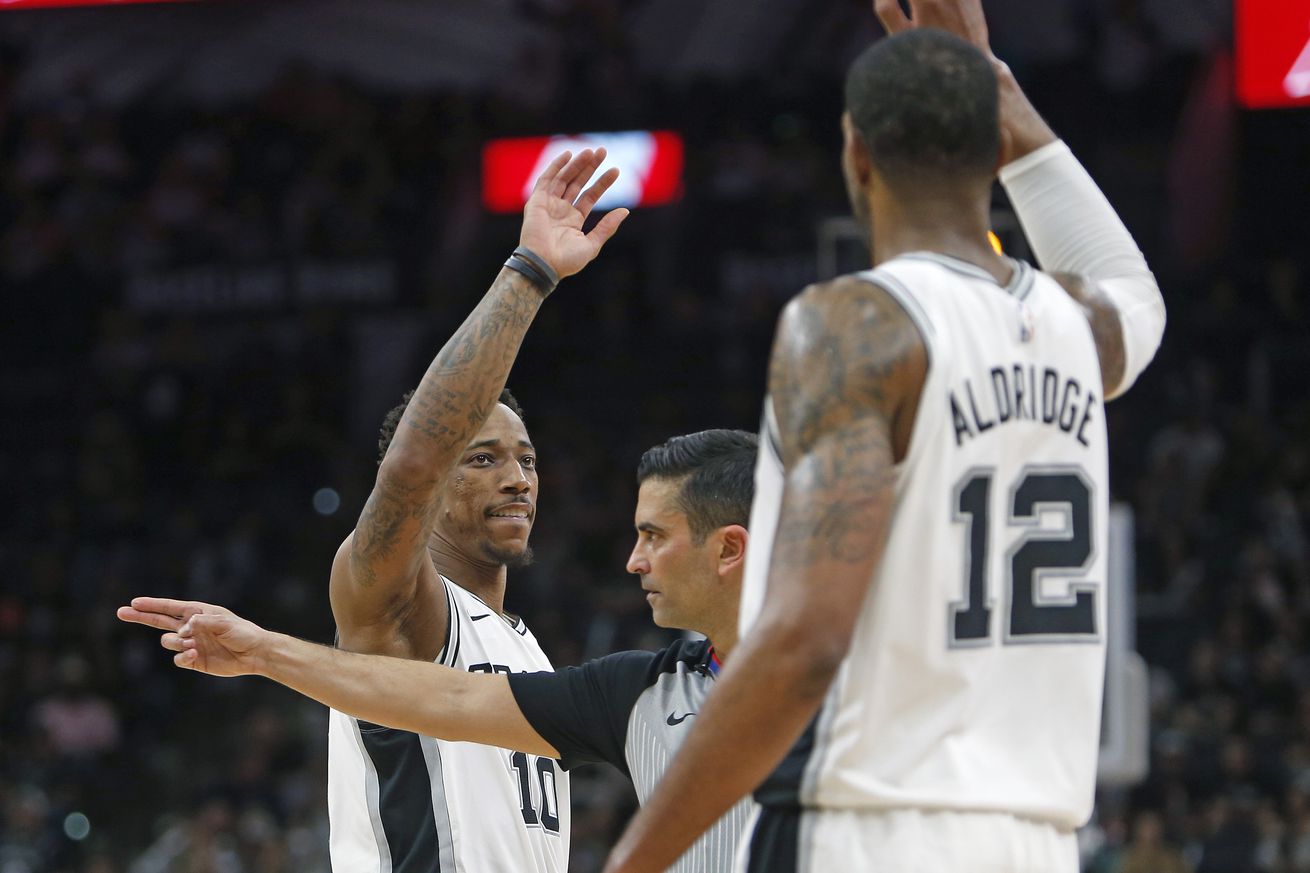 Finally someone who believes in the Spurs! Kinda

As is practically a summer tradition by now, the Spurs are mostly being overlooked once again as media pundits begin releasing their predictions for the 2019-20 NBA season. More than I’m comfortable counting even have the Spurs not making the playoffs for the first time in 23 years.

However, there is one over/under prediction that has the Spurs getting into the postseason: Las Vegas, who has the Spurs at 43.5 wins — good for 8th in the Western Conference and 2 1⁄2 games ahead of the next-best Mavericks.

While it’s nice to see someone actually give the Spurs a little credit, it’s still somewhat laughable to imagine they won’t at least tie last season’s win total of 48, or even 2017-18’s 47 wins. 43.5 seems a little low for a team that should improve thanks to the return of Dejounte Murray, more familiarity in the system from DeMar DeRozan, expected improvement from Derrick White, and added depth with Lonnie Walker IV expected to enter the rotation and the addition of DeMarre Carroll.

(Did we also mention that Tim Duncan is on the bench again? Surely that’s good for at least one extra win even if he won’t be playing.)

Obviously the seemingly low over/under can be contributed to the Western Conference getting even deeper, although there will also be drop off from some teams like the Warriors and Thunder, and other than the Lakers, none of the teams who missed the playoffs last season seemingly did enough this summer to vault themselves back into the postseason discussion, so it all kind of evens itself out.

Another way the Spurs can improve their win total from last season is by simply doing better on the road, especially against lesser competition. Of their 25 road losses last season, ten came against teams who finished with a worse record than them. Tack on six home losses to teams from the same category (where they were otherwise stellar), and one can see the difference simply taking care of business against lesser teams will make for the Spurs.

One final factor to consider is the Spurs should have something this upcoming season that they lacked during the prior two: both a good offense and defense. After spending 2017-18 with an elite defense but struggling offense, and then flipping the roles last season, they should finally be steady again on both sides of the ball like a true Gregg Popovich team. They don’t have to be world-beaters, but being just inside (or around) the top 10 in both categories should create more wins, especially on the road.

Hopefully with so many players returning this season, there will be familiarity and a level of comfort with this team that was lacking the last two seasons, and they will exceed everyone’s expectations once again. That’s what makes them the Spurs.

Las Vegas predicts the Spurs will make the playoffs…barely
Source: Pounding The Rock