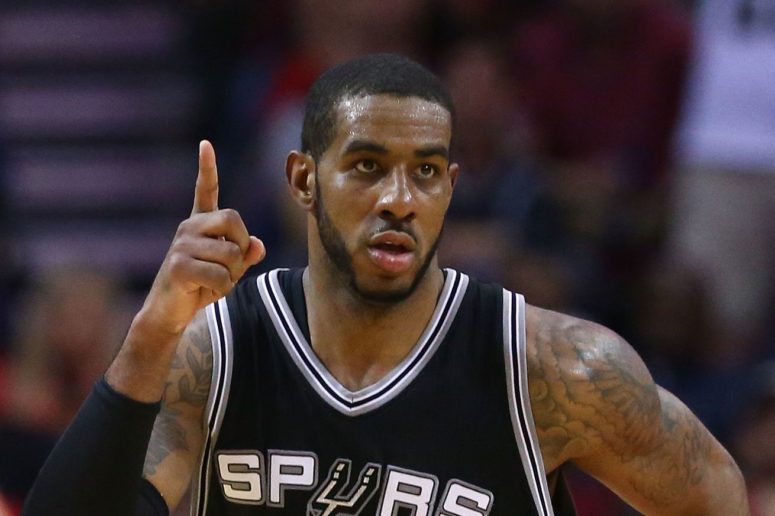 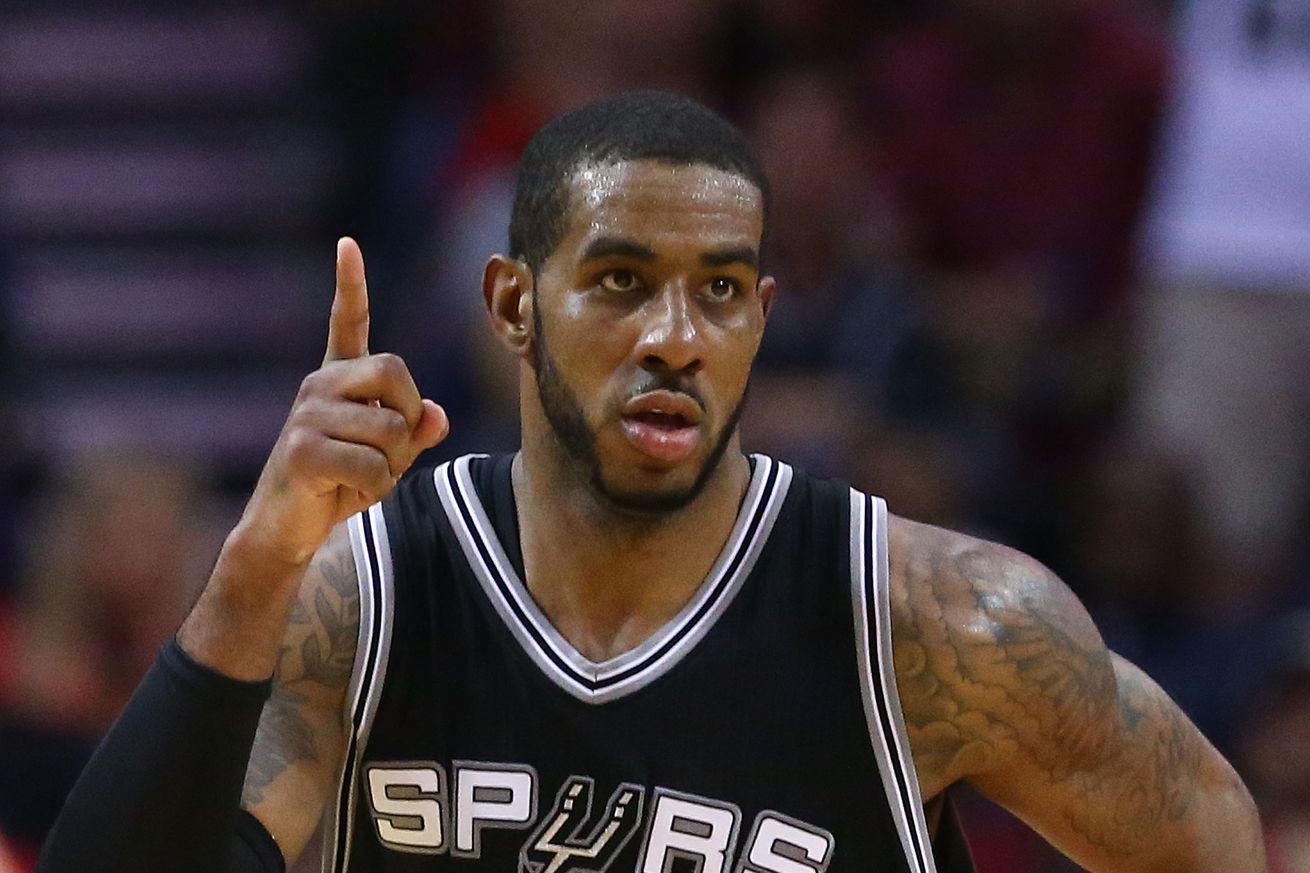 It goes without saying that LaMarcus Aldridge had neither the ideal 2016-2017 season or a traditional low-key Spursy summer. Although he maintained his place as one of the top ten big men in the league despite dealing with heart arrhythmia and tendinitis in both knees, his average of 17.3 points and 7.3 rebounds was the lowest it’s been since his rookie year. It was also the first time Aldridge missed the All-Star game since 2011.

As if his relatively sub-par stats, frequent disappearing acts and obsession with the mid-range game wasn’t enough to annoy fans, even Coach Gregg Popovich felt the need call out Aldridge following Game 2 of the Western Conference Finals after he failed to step up in Kawhi Leonard’s absence. The result was an off-season rife with trade rumors and speculation that the two sides were past reconciliation.

But no trade was forthcoming, and Aldridge gradually softened over the summer and even sent a message to his critics that seemed to indicate things weren’t as bad as they appeared. Then came training camp. Now we could finally hear from both sides about what really went down over the summer, and for the first time in months there are plenty of encouraging signs that he is on the right track towards a redemption season.

Earlier today, ESPN ran a ‘they’re on the same page now’ article based on the things Aldridge and Pop have said since last week’s media day. It’s not exactly making mountains out of mole bitters, but the whole situation seems like it could be boiled down to just three steps:

Step one: Admit there’s a problem

Referring to his “fallout” with Pop in the playoffs:

So Aldridge admits there was frustration on his part, and while he said he never specifically requested a trade, he confirms that rumors of his discontent weren’t entirely made up (at least not this time). That’s a step in the right direction. Next:

Step two: Learn from it

“In my younger days in Portland, I might have taken it (trade chatter) personal. Now I’m older and I’m used to the game. I know it’s a business. I don’t take it personal anymore.”

It seems like Aldridge was able to deal with the chatter this summer better than any other time — like when he shut down his social media accounts halfway through his first year — so, better late than never.

So the problem is mostly that he doesn’t feel he’s fitting into the system as well as he (and everyone else) thinks he can. Fixing it starts with getting on the same page with his team and especially Pop, who has vowed to work with Aldridge and fix whatever ails him:

“His concerns are totally legitimate. We have talked about what we can do to make him more comfortable and to make our team better.”

Part of what Aldridge and Pop are planning is for him to shoot more threes.

“That was one thing Pop told me. When you go home this summer, make sure you shoot that because I want you get back comfortable doing that. Our system fits it and I’m going to be spreading out a little bit more this year. I definitely tried to focus on that.”

Aldridge shot just 56 three-point attempts last season, but it was his second most attempts in his career and he made them at a career-best 41.1 percent rate. It’s also significantly better than his worst shooting range on the floor: 10-16 ft where he only shot 38.7 percent last season. If Aldridge is willing to drop some of those mid-range fadeaways and play more within the system, that could go a long way towards redeeming his lost season that really wasn’t bad but was below his and everyone else’s expectations.

This is only the beginning of LaMarcus Aldridge: Redemption Story, and it began when Aldridge decided to stop ignoring the system and talk to Pop about how he felt. For the time being, he’s saying all the right things, and in his first preseason game he looked spry and was efficient shooting from all over the court, including hitting one of two three-point attempts in just 17 minutes.

It’s a tiny sample size, but if anything is going to get the Spurs over the hump this season, it will be a healthy, motivated Aldridge. So far, he appears on the correct path; now he just needs to keep the wheels churning in the right direction and speak up whenever he’s not feeling like he’s really a part of things.

(Hat-tip to San Antonio Express News for the quotes and basketball-reference.com for the stats.)