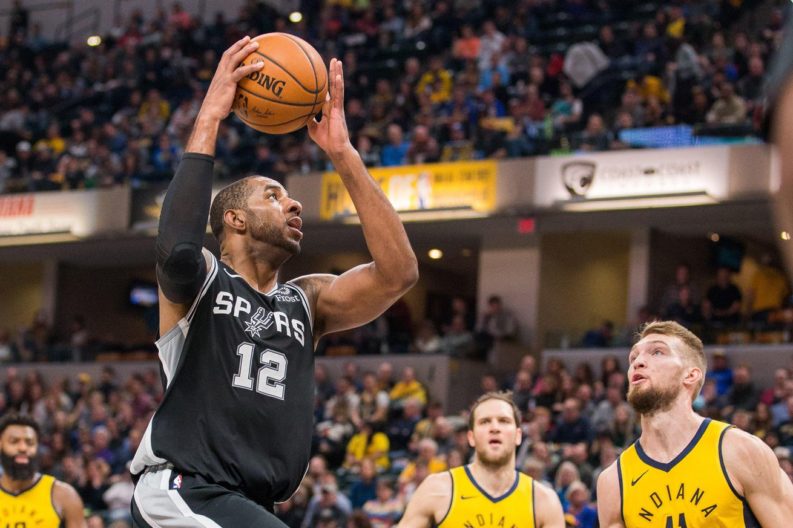 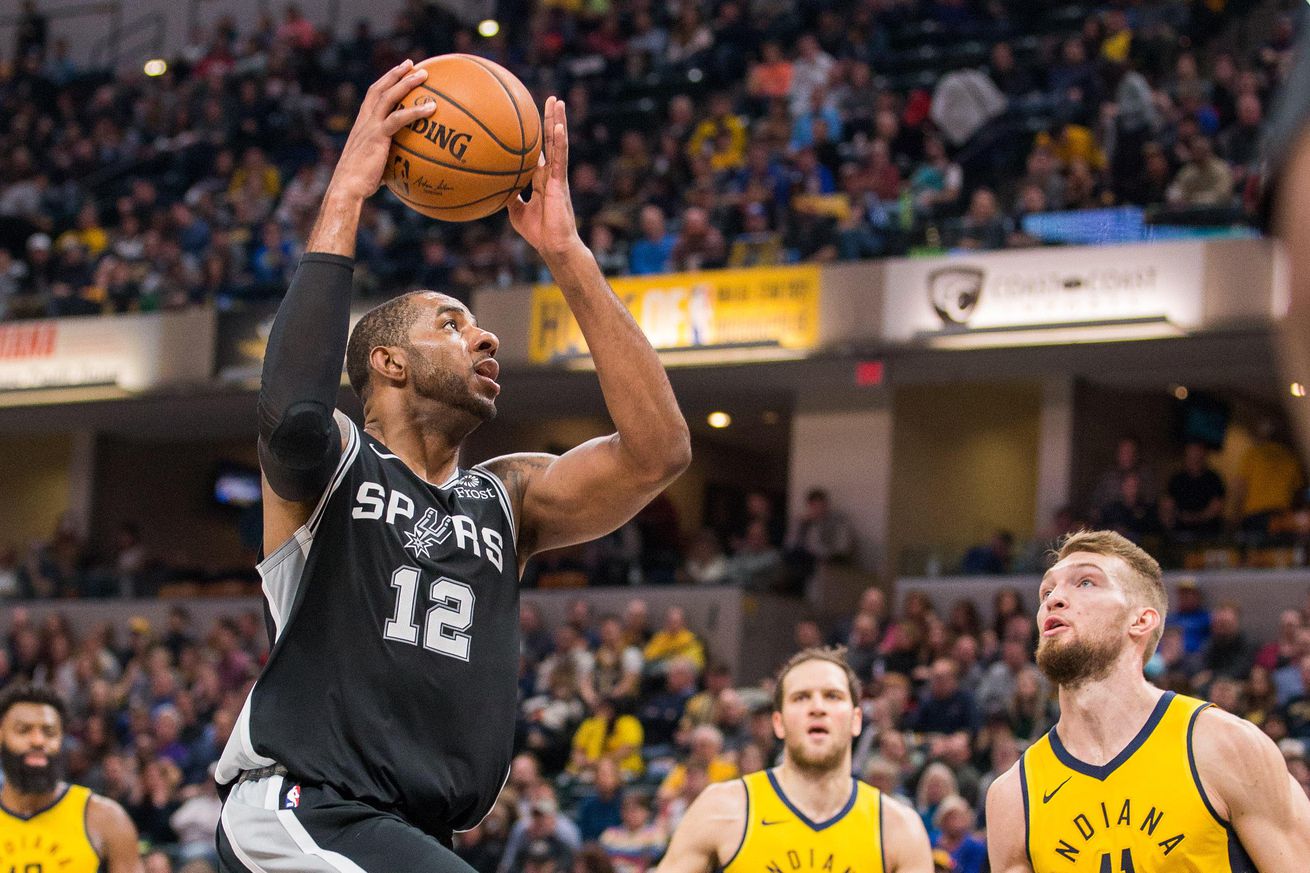 The Spurs kicked off their four-game road trip with a win in Indiana.

Both the Spurs and LaMarcus Aldridge needed to ease some doubts about their uneven performances this season. They did just that, at least for now, by taking care of the Pacers in Indiana. Aldridge dropped 33 points in his best game in a while to lead San Antonio to victory on the road.

There are no must-win games in November, but Friday’s matchup came close to it for the Spurs. After a heartbreaking home loss to the Grizzlies, they traveled to Indiana with a losing record, an unfamiliar state of affairs for the franchise. They were also facing an opponent missing its best player, Victor Oladipo, and one of its best big men in Myles Turner. A loss would have been painful, especially with the 13-4 Bucks waiting their turn to take on San Antonio on a SEGABABA on Saturday. The Spurs needed to put past frustrations in the rear view mirror, perform at the peak of their abilities and win this one.

No one was feeling the pressure more than LaMarcus Aldridge. The murmurs about his struggles were getting louder with every passing game in which he looked more like role player than star. LA had been posting great rebounding numbers and playing good defense, but his offense had look pedestrian. He needed to show that he could still dominate inside, that he’s still a quality first option when needed. He responded with a 33-point, 13-rebound, three-assist performance and was the biggest reason why the Spurs are now back to .500 after beating an opponent that had easily defeated them a month ago at the AT&T Center.

“[Aldridge] looked much more confident with his shot today,” said Pop after the game. “He posted up and got inside very well. Did a good job. For us to be a winning team, he’s got to do that pretty consistently because he’s our main threat down low. He came through tonight.”

That’s an understatement. Aldridge dominated. It was obvious from the start that Domantas Sabonis simply couldn’t guard him. LA went to work knowing that he had an edge on strength, length and even quickness. The team recognized it and ran the offense through him. Aldridge had eight points in the first quarter and helped the Spurs get off to a quick start. He continued to be San Antonio’s most reliable weapon in the second quarter, when the Spurs kept the Pacers at bay after they found their bearings, and was huge in the third-quarter push that essentially won San Antonio the game. Aldridge did enough damage on his own to turn the game into a blowout, twice.

Alas, that’s not how things went. After that slow start, the Pacers regained some of the ground they had lost earlier when the benches checked in. A red-hot Cory Joseph led the way with seven quick points to end the first quarter. After taking that big first punch by San Antonio and surviving, the Pacers steadied themselves in the second frame. But the Spurs didn’t relent. Both teams realized that they could score consistently by playing to their strengths — isolation for the Spurs, pick and rolls and plays for Bojan Bogdanovic to come off screens for the Pacers — and essentially traded buckets.

Even through that stretch, however, San Antonio looked to have a greater sense of urgency. It didn’t translate into a big lead then, but it did at the start of the third quarter, when the Spurs’ big run finally came. Aldridge and Bryn Forbes put points on the board quickly while the defense tightened after surrendering too many inside looks. The lead ballooned to double digits early. Instead of going for the kill, Pop decided to give his stars a break and rely on the bench to hold firm as Indiana tried to cut the deficit. The subs did fine fending off Pacers runs but couldn’t make the final push to turn the game into a blowout. San Antonio still cruised to a win, but couldn’t rest its stars for Saturday’s game.

Considering how badly the Spurs needed a win, however, it feels silly to complain about it on a night in which things went better than most of us would have expected.

The Spurs won on the road, don’t have a losing record anymore and are still perfect for the season (8-0) when LaMarcus Aldridge scores more than 20 points. Let’s enjoy that for today and worry about the Bucks game when it starts.

LaMarcus Aldridge had a killer half, but it would have been even better if he hadn’t miss on a few putbacks. It’s been an issue all year. He’s shooting 46% on putbacks this season after shooting 68% last season. At least partially explains why his percentage at the rim is so low.

Up Next: @ Milwaukee Bucks on Saturday

A SEGABABA on the road against Giannis and Mike Budenholzer’s run-and-gun Bucks after 37-minute nights for Aldridge and DeRozan? It could get ugly quickly for San Antonio. Prove me wrong, Spurs.