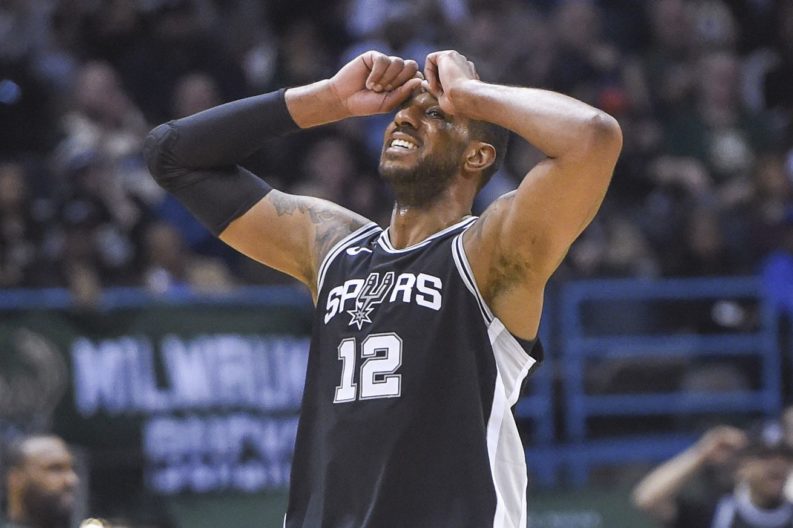 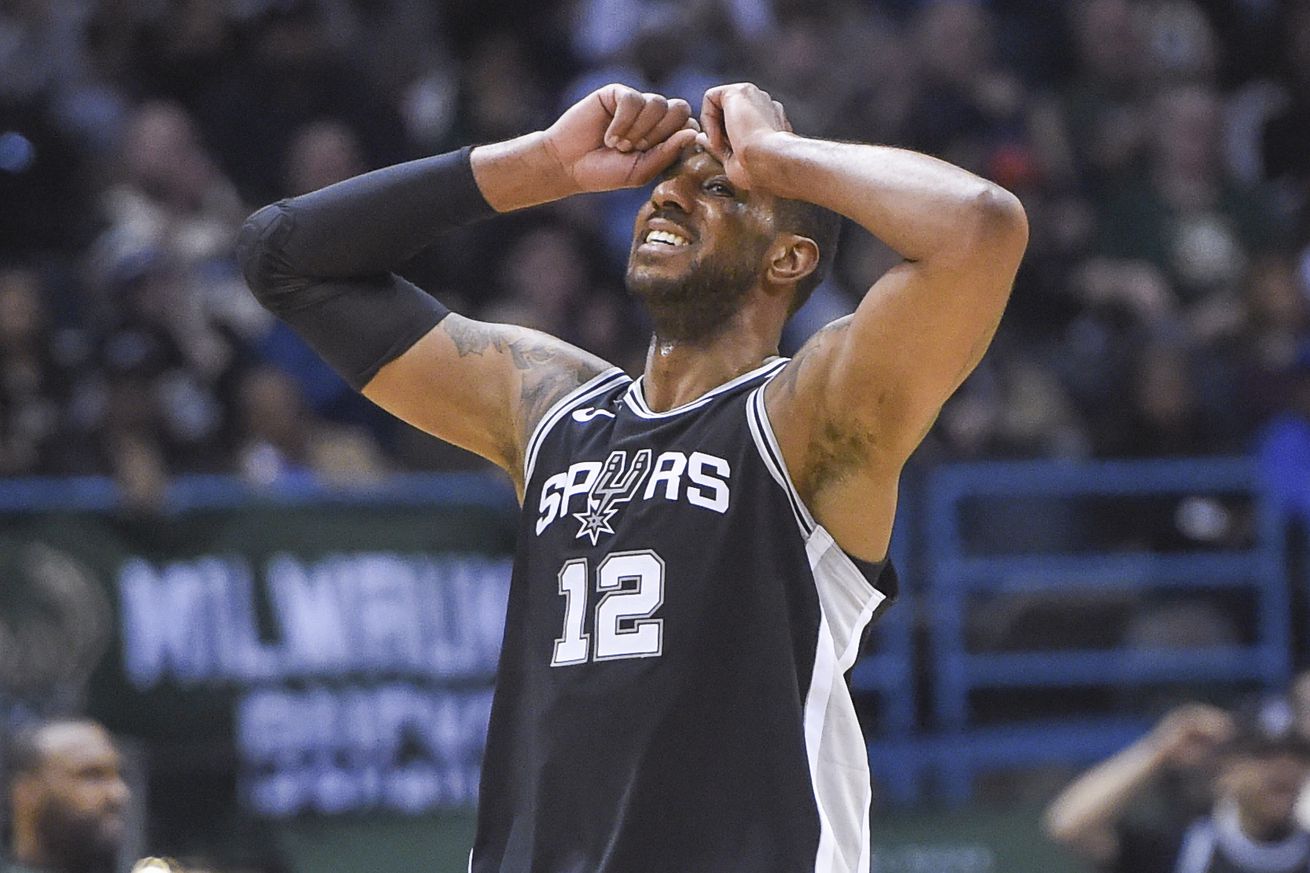 Aldridge left the game in the second quarter and didn’t return.

LaMarcus Aldridge had to leave the game the Spurs were playing against the Wizards in the second quarter and was ruled out for the night. He suffered what has initially been diagnosed as a left knee contusion.

Aldridge was having another standout performance before having to leave the court. He had 13 points, four rebounds and two assists in 17 minutes of play. Unfortunately, late in the second quarter, he started to show discomfort with his left knee. He continued to play for a short while before asking to be subbed out. Spurs doctors looked at his leg on the bench before escorting him to the locker room. He didn’t return in the first half and was ruled out for the second half, with Pau Gasol starting in his place.

Is unclear at this point whether the injury is serious enough to force him to miss time. Losing their best player as they gear up for the last stretch of the regular season would be a huge blow to the Spurs’ playoff chances. Hopefully Aldridge will be ready to go when San Antonio faces the Thunder at the AT&T Center on Thursday.

We’ll bring you updates to this story as it develops.