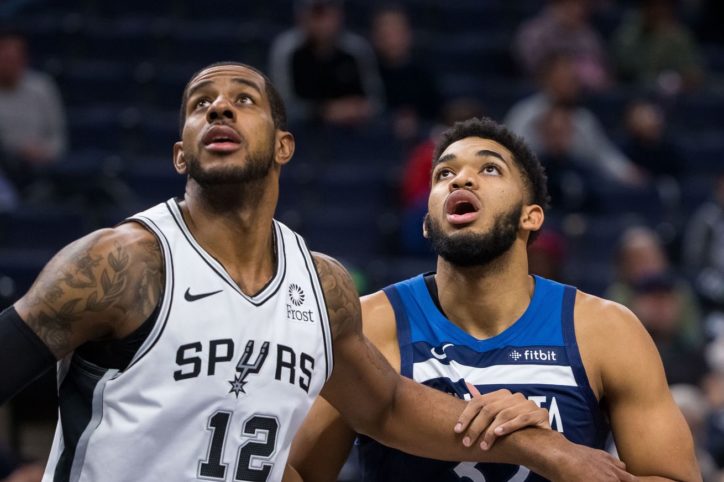 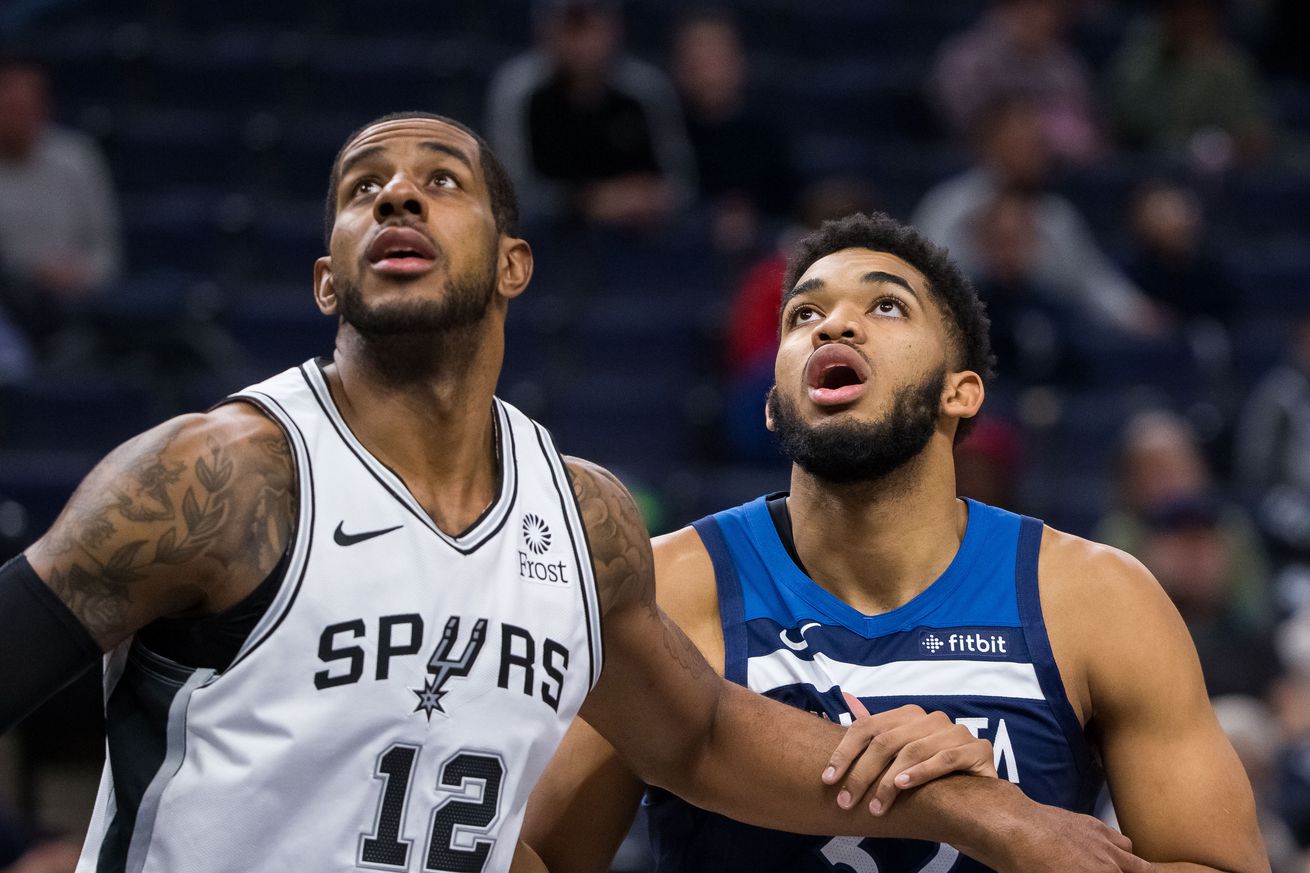 The big man is sacrificing his own rebounding numbers to help the team.

The hectic pace of the regular season makes it impossible to spend time on everything that deserves attention. With the All-Star break, we have opportunity to revisit some aspects of the Spurs’ season that have gone unexplored. Let’s start with LaMarcus Aldridge and the underrated work he’s done on the boards.

Saying that a big man is a 20 and 10 guy is a shorthand for saying he’s a star. By that very narrow definition, LaMarcus Aldridge falls short. His scoring, a stout 21 points per game on 51 percent shooting, is definitely up to par, but his nine rebounds a game don’t reach the level expected of dominant centers.

The easiest way to defend Aldridge would be to point out that the Spurs are back to discouraging the pursuit of offensive boards, which affects his numbers. Yet his relatively low rebounding average has a lot to do with his work on the defensive glass, as his defensive rebounding percentage clearly shows. Aldridge ranks 101st in the league by that metric, right above combo forwards Luka Doncic and Marcus Morris. LA is doing better than he has in the past two years as a rebounder, but he still doesn’t approach the level of the truly elite glass cleaners that play his position. That’s undeniable.

And yet somehow the Spurs are markedly better as a defensive rebounding team when he’s on the court, by a full four percentage points. To put it in context, San Antonio clean the glass like the third-ranked Pistons when he’s playing, and grab boards like the 24th ranked Hawks when he isn’t. That’s a huge margin, one that no other Spurs rotation player comes close to matching. Also, Aldridge is typically the only big man on the court for most of his minutes, so there’s no one else to credit for the swing. If he’s not pulling down the boards himself, why do the Spurs grab more of them when he’s around? The answer is simple: it’s because he boxes out.

Aldridge ranks first in the league in box outs per game, a category the league started to track just last season, and second in defensive box outs per game. He only grabs around 30 percent of available rebounds when he puts a body on someone but the Spurs as a team recover almost 85 percent of misses when he boxes out, an outstanding percentage. LA is doing the dirty work so that his teammates can get to the ball, even if it means not chasing the caroms himself. Rudy Gay and DeMar DeRozan are posting the best defensive rebounding numbers of their careers by far this year, and it’s in no small part because they get to share the floor with Aldridge.

Aldridge’s newfound commitment to the physical interior work is inspiring, especially considering that before he joined the Spurs he reportedly refused to play center in part to avoid having to go through it. As he’s matured and embraced the center position he’s also seemingly prioritized team success over numbers even more than he did earlier in his career. Fortunately this version of LA is still productive enough to get recognition from the coaches and earn a spot in the All-Star game. It’s a much-deserved honor for someone who has made sacrifices to fully embrace the Spurs’ culture after a less than ideal first season in San Antonio.

It’s pretty common nowadays to look at a box score and see Aldridge posting pedestrian rebounding totals. As he ages, that will probably continue, but as long as he remains committed to doing the dirty work with as much gusto as he has so far, it won’t matter. The Spurs will be a good rebounding team for as long as he’s anchoring them, even if it means his own numbers suffer. Tim Duncan would be proud.