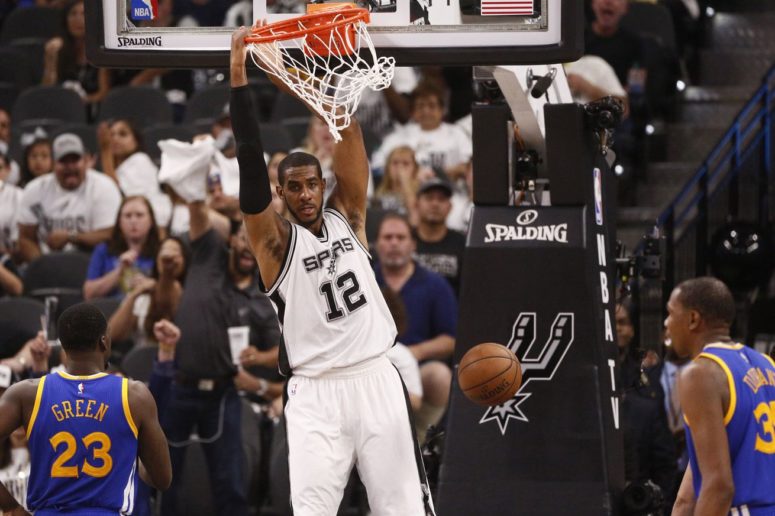 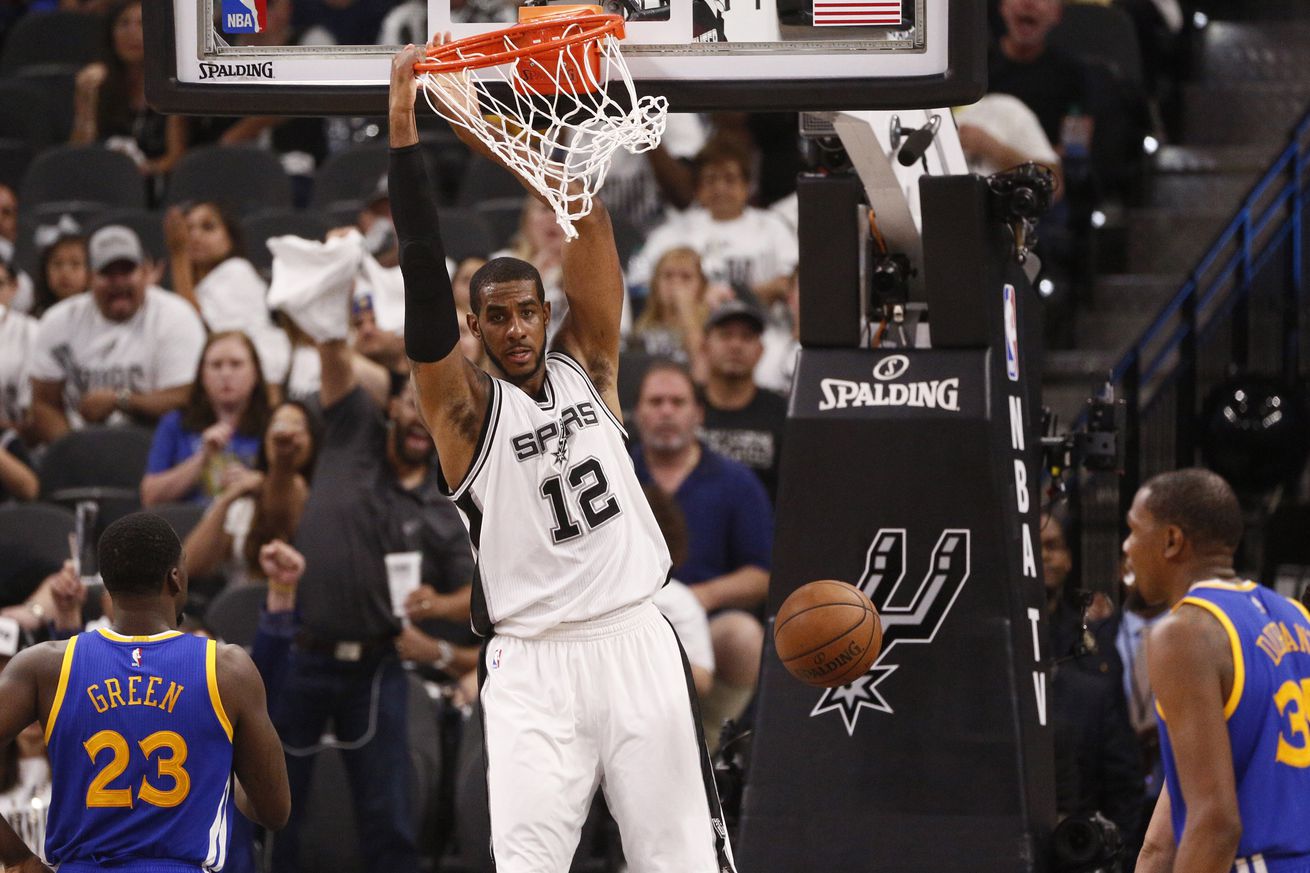 The Spurs’ second banana didn’t turn in another All-Star campaign, but he still played a big part in the 61-win season.

LaMarcus Aldridge entered his second Spurs season through a haze of muted trade rumors and finished it under a storm of spirited jeers. In between he dealt with a heart arrhythmia and knee issues, while being the second-best player on the league’s second-best team. Anyone looking for another hit piece may want to try here. Or here. Or Twitter. But as one of the frisky holdovers still looking to repopulate LaMarcus Island, I don’t share the same vitriol for the guy. Nor do I think he did too bad a job last season, all things considered.

The story of LaMarcus Island isn’t one of degradation, but rather about a place that time is beginning to pass by. It’s structure remains solid; its systems are more or less as efficient as ever. Its lights are fading, but that’s to be expected — everything fades on LaMarcus Island.

The power forward position keeps evolving while Aldridge’s offensive game has remained more or less the same — it’s fair to raise that criticism against a guy on a max contract. It’s also fair to expect more than a 12.8% rebound rate out of your starting four, and to be a little miffed when the same shots he’s been taking all his career don’t fall.

But watch Aldridge at his best — whether it’s Games 1 or 2 against the Thunder last year or his excellent series against the Rockets the season before — and you don’t see a markedly different player. It’s the same 19-footers, the same post-up moves, the same level of effort, but often a different breed of big men that he’s facing, beating him down the floor and to his spots on the block.

And while many of his numbers, including scoring, rebounding and field-goal percentage, did fall from last season to this one, they’ve also come with one major improvement.

The Spurs owned the league’s best defensive rating once again last season. That happened with Pau Gasol replacing Tim Duncan for a big part of the year and guys like Tony Parker and Manu Ginobili only getting older. Even Kawhi Leonard was less of an impactful defender as he shifted his RAM towards being one of the league’s best offensive players.

Aldridge was an anchor for the defense, and one of the league’s best rim protectors through all of last year to boot. But you’ll rarely hear his name mentioned in the same breath as Draymond Green, Rudy Gobert or Hassan Whiteside. Maybe it’s that his stops come through a Duncanian economy of energy and motion, that he gets his blocks below the rim, or that he seldom celebrates afterward. Plays like the following didn’t make any highlight tapes, but they were the subtle deathstroke for a Spurs defense that would often bend but not break.

A few more of these… pic.twitter.com/cpAmJLGief

Aldridge has been roasted for a “horrific” postseason that had the following numbers: 16.5 points, 7.4 rebounds, 1.5 assists, 45.8% FG shooting. And he was certainly bad against Golden State; he struggled against double teams, routinely settled for turnaround jumpers, and violated the Spurs’ perceived next-man-up paradigm, by remaining a number-two player after the number-one option went down.

He was also a warrior against the Grizzlies’ platoon of bigs and the best player in a series-clinching rout of the Rockets, which pushed the Spurs into the conference finals and helped solidify the first post-Duncan season as an irrefutable success.

Fans wanted more from Aldridge last season, and in some ways he did come up short. But much of the discontent seems to ignore the ways in which he’s looked to adapt his game to a new team situation, and the understated value he delivered defensively. When you factor that in, it’s easier to appreciate what he did in 2016-17, and what he can do for the Spurs moving forward.