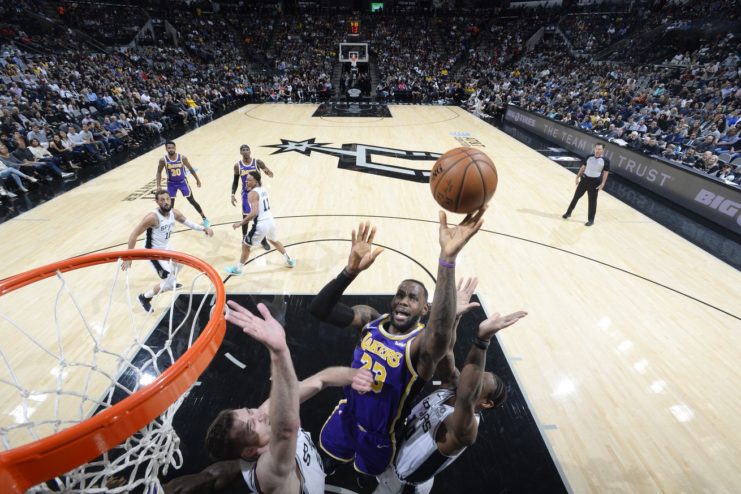 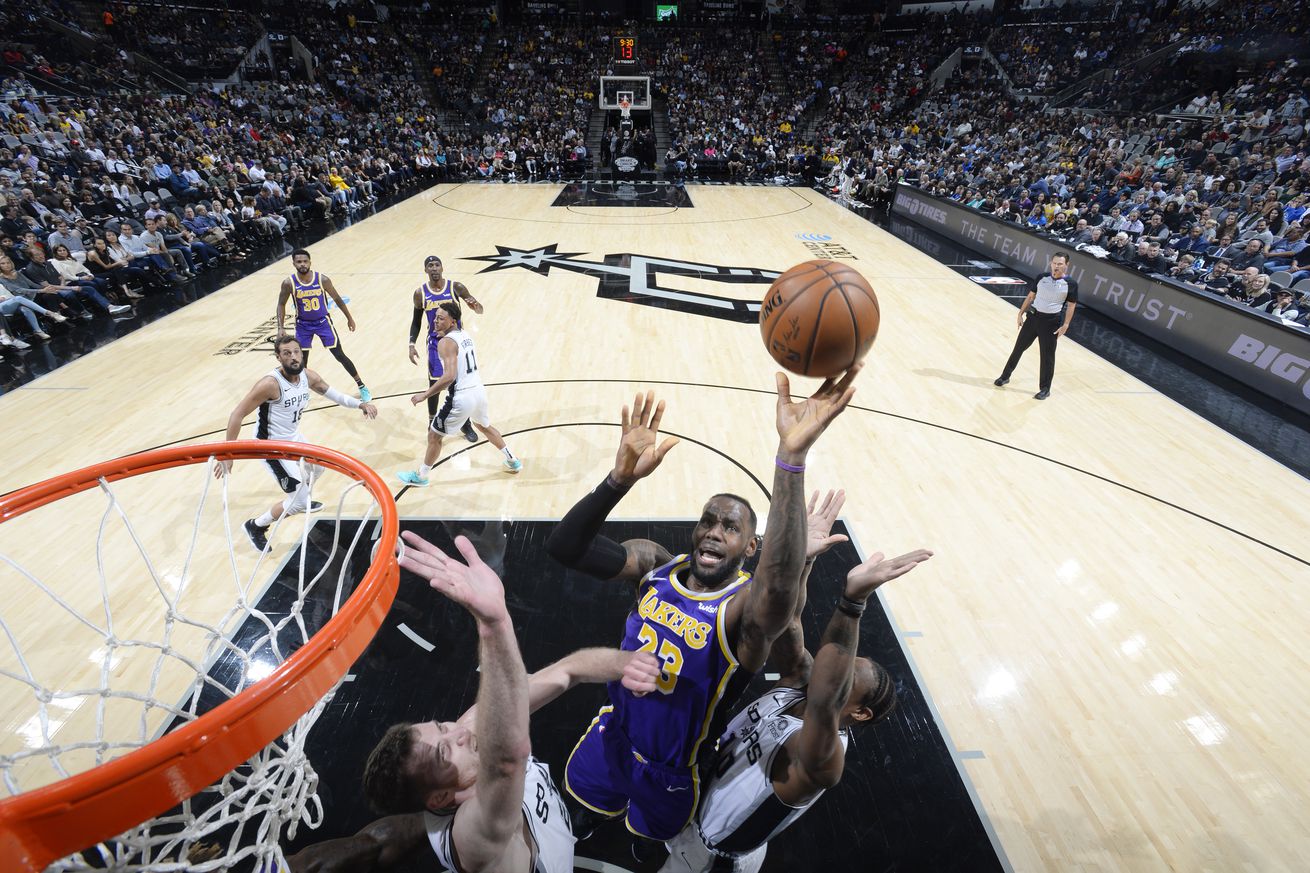 A strong second-half rally from San Antonio wasn’t enough to overcome a talented Lakers team that hit big shots late and was aggressive in the paint all night long.

While the visiting Lakers already had the Spurs’ number in terms of starpower before longtime fan and California native Snoop Dogg took a seat on the baseline, the rapper’s presence in the AT&T Center lent a figurative tenor all the same to a game that featured differing levels of leading men on opposite sides of the floor.

Snoop Dogg was one of many decked in purple and gold on Sunday who watched the Lakers beat the Spurs, 103-96, with LeBron James (21 points, 13 assists, 11 rebounds) and Anthony Davis (25 points, 11 rebounds, 4 blocks) easily outshining their counterpart duo. Los Angeles pulled away by as many as 19 points, riding a dominant second quarter and mustering just enough grit and shot-making down the stretch to weather a late Spurs charge.

The Lakers leaned on their size advantage early and down the stretch, rolling with James at small forward while starting Anthony Davis alongside 7-footer JaVale McGee. When McGee sat, Frank Vogel had the luxury of inserting Dwight Howard (14 points, 13 rebounds), who brought a physical presence around the basket on both ends of the floor. Los Angeles totaled 10 blocks, to San Antonio’s 4, and outscored their hosts 50-36 in the paint.

That physicality included a hard foul on Derrick White by Howard at the beginning of the 4th quarter, catching him at the height of his jump and sending him landing flat on his back. White would rise to his feet, take his free throws and, after getting examined in the locker room, somehow managed to close out the game.

White played well coming off the bench, scoring 12 points to go with 3 rebounds, 2 assists, 2 steals, and 2 taken charges — one from James, the other from Davis. He and the rest of the Spurs reserves (including Rudy Gay, who had 16 points, 10 rebounds, and a fun three-point heave to beat the 3rd quarter buzzer) made up for the starters, who struggled, especially in the 1st half, in their half-court execution against a disciplined and aggressive Lakers defense.

For the Lakers the win is another step in the right direction as they look to validate their contender status. But even for the Spurs, who took their first loss at home and fell to 4-2 on the year, there were reasons — signs of promise and both literal and figurative bounce-backs — that made the loss easier to bear. Those building blocks contributed to a relatively upbeat Gregg Popovich standing before the media afterwards, as well.

There are no half-measures when it comes to the point guard Pop’s welcomed back into the fold this season. After missing all of 2018-19 with an ACL injury, Dejounte Murray (18 points, 11 rebounds, 4 assists, 2 steals) still can’t help but battle for every rebound, deny every pass in his vicinity, and use his long, ravenous strides to get from one point on the floor to another. After playing facilitator for the first 3 quarters, Murray’s late-game aggressiveness became the catalyst for a Spurs push that got the game knotted at 90 a piece. Much of that production was self-created and, with each basket, Murray looked more confident and capable than ever in getting to the basket against set defenses.

“He’s like a young pup,” said Pop of Murray. “He’s trying to figure it out. He’s got speed, he’s aggressive. At the same time he’s trying to learn to run the show, find people, take good shots, and… he’s in a learning situation, doing one heck of a job.”

But basketball in November is allowed to be somewhat counterintuitive, and an admittedly reluctant Pop was wise to pull Murray — still on a post-injury minutes restriction — with 1:45 left, despite his 16-point quarter in a game that was still ostensibly within reach. He exited having played 24 minutes and 21 seconds of basketball, replaced by White, and watched from the bench as a “Let’s Go Lakers” chant festered somewhere in the upper bowl behind him and cascaded down the nodes of purple and gold towards the floor.

“It’s frustrating for sure,” he said when asked about having to leave games in situations like that. “Losses are frustrating. But I know the bigger picture, so [it helps me to focus on that.]”

White landed firmly on his back at the beginning of the 4th quarter after taking a hit from Dwight Howard near the rim, before rising to his feet and first gingerly, then sturdily playing through the pain until the final buzzer. Despite the scare and a trip to the locker room, White appears to be OK, or at least prepared to see how his body will feel in the coming days.

“It was pretty bad,” said Rudy Gay afterwards. “One of those things where you’re hoping that something breaks his fall… he fell straight on his back. It was one of those you worry about, bu the popped up. He’s a soldier.”

Said Pop: “I would imagine stiffness will ensue.”

A rough night for DeRozan and Aldridge

The Spurs’ two stars were a combined 7 for 24 from the field and got outscored 46 to 22 by James and Howard. Aldridge’s box score reflects what was generally a forgettable game for him. After being asked to guard Kawhi Leonard in Los Angeles last week, DeRozan got the LeBron assignment on Sunday and, like many in his position, didn’t offer much in the way of resistance. To his credit, DeRozan shook off a visibly frustrating start that appeared to have him headed towards One Of Those Games and was able to refocus.

OK, that’s not a line from Sunday but rather the Spurs’ season opener against New York, courtesy of the great Clyde Frazier describing Dejounte Murray. It’s too good for me not to share it and, in my opinion, too good for it not to stick.

Dwight Howard is now shooting 79.2 percent from the floor this season after going 7-7 on Sunday.