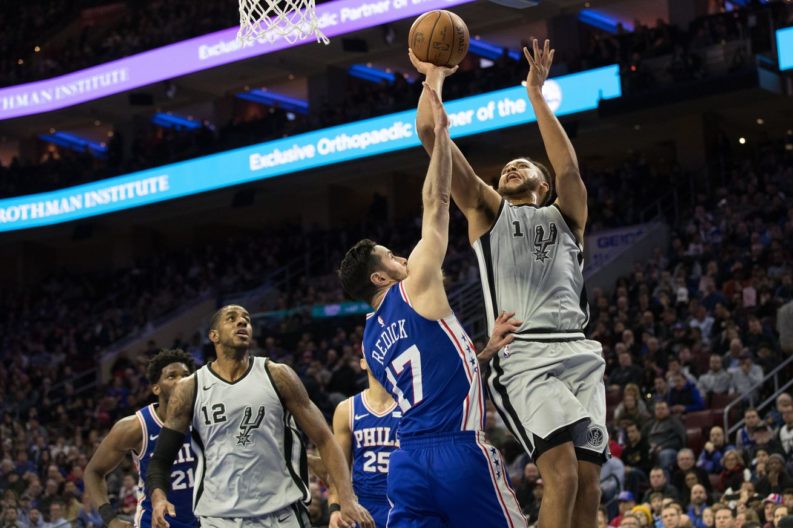 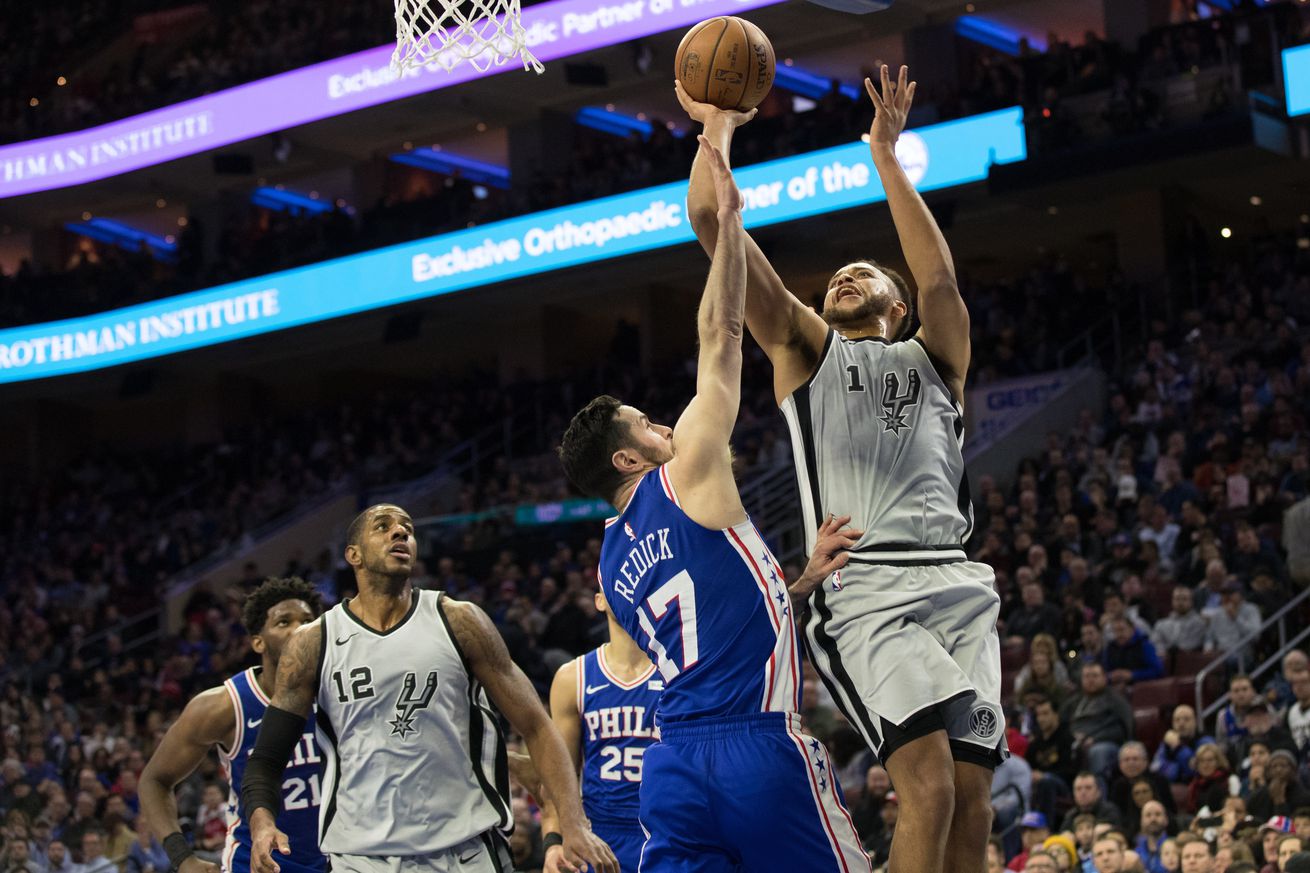 As the Spurs rested Parker, Ginobili, and Kawhi — Kyle Anderson took full advantage of the opportunity.

On the second night of a back-to-back on Wednesday against the 76ers, Spurs coach Gregg Popovich, as he often does, chose to rest some of his starters.

This time around, the starters receiving rest included Tony Parker, Manu Ginobili, and Kawhi Leonard, leaving the Spurs shorthanded against they young and energetic Sixers.

While the offense ran through forward LaMarcus Aldridge for a majority of Wednesday night’s 112-106 loss, it was encouraging to see his play coupled with that of Kyle Anderson, who saw extended minutes as a result of key contributors being given a night off.

Anderson, who like Kawhi Leonard is coming off of an injury, has been up-and-down since his return to the lineup on December 20th. However, the efficiency that he played with on offense on Wednesday night was the best that it has been since his return. In 36 minutes of game action, Anderson was 7-of-8 shooting from the floor with 14 points. The 14 points that Anderson scored was the second-best mark since his return from his MCL sprain, and the 87.5% mark from the floor was also the second-best tally since he went a perfect 4-for-4 with 16 points against the Knicks on December 28th.

While Spurs fans are aware that this is what Anderson is capable on a night-to-night basis, it was clear that the aggressiveness he showed in Wednesday night’s contest is fleeting. When Anderson takes the onus of driving to the rim and not settling for contested mid-range jumpers, he becomes a major threat as a secondary scorer for this team. Without any other focus for the offense, Coach Popovich got Anderson into favorable match-ups in the screen-and-roll game, and freed him up frequently off the ball with paint touches produced by LaMarcus Aldridge.

Whether or not Anderson will be able to sustain this kind of attack with a full roster of active players remains to be seen, but if he continues playing with the efficiency that he played with on Wednesday with the minutes he receives moving forward, he could prove to be a pivotal part of the offense heading into the second half of the season.

In addition to his efficiency, the way Kyle approaches so many kinds of plays is different than the average NBA player. But nothing illustrates his unique approach to the game better than his solo fast breaks. For example:

This is, in so many different ways, the anti-fast break — a break diametrically opposed to most fast breaks — a SLOWMO-break, if you will. But it’d be a mistake to simply focus on the speed (or lack thereof) in the break, because there’s so much more going on here.

Most players, when on an OMFB (One Man Fast Break) simply sprint for all they’re worth, get to the basket as quickly as they can, and try to score before the defense can recover and deflect the shot. Some guys are aware enough to take a quick check over a shoulder before going up for a layup or dunk, but that’s about as much as you’ll see.

Kyle doesn’t do that at all: the very first thing he does after poking the ball away from Robert Covington — before he even secures possession, is check to see where Covington is. Then once he establishes his dribble, he checks again. When he realizes that he has a bogey on his six, he doesn’t accelerate. He actually slows down and lets Covington catch up to him.

Letting a defender back into a play is usually a great way to lose a scoring opportunity, but Anderson uses it to his advantage. Catching Anderson up forces Covington to make a decision: go right, go left or hold right behind him. Once he starts to go right, Anderson veers right himself and rides Covington as he approaches the basket, keeping him on his right shoulder and the ball on his left side.

By the time Anderson arrives at the basket Covington has actually beat him there, but being directly under the hoop, all Covington can do is try to time a swipe and knock the ball away. But Kyle outwaits him, keeping the ball on his left hip. Once the swipe misses, Anderson brings the ball up and calmly lays it in for perhaps the lowest-key fast-ish break of the year.

One of the reasons Anderson is so much fun to watch is the way he maximizes every skill he possesses. Whether it’s his emerging efficiency, or plays like this where he confounds a faster player, Kyle’s development into a reliable part of the Spurs rotation is one of the most entertaining facets of this season.