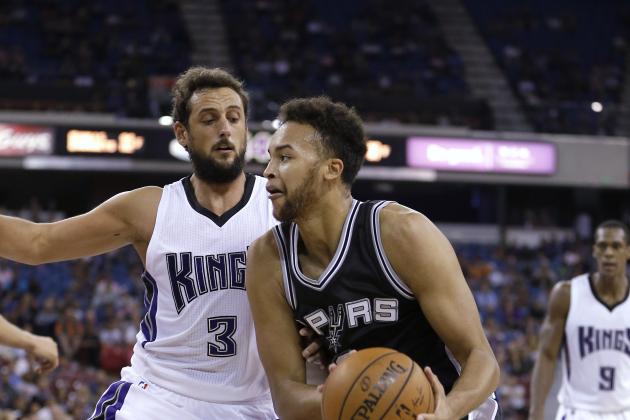 At first glance, Kyle Anderson isn’t a likely candidate to jump into stardom this season with the San Antonio Spurs. For one, the 22-year-old averaged 10 minutes a game as a rookie and only appeared in 33 games. The second-year forward is also buried in the lineup of arguably the deepest team in the NBA. Newly added LaMarcus Aldridge and David West, with returning veterans like Tim Duncan and Kawhi Leonard, clog the wing and frontcourt positions best suited for Anderson…….Read More

Source: Kyle Anderson Will Be a Star for the San Antonio Spurs This Season | Bleacher Report