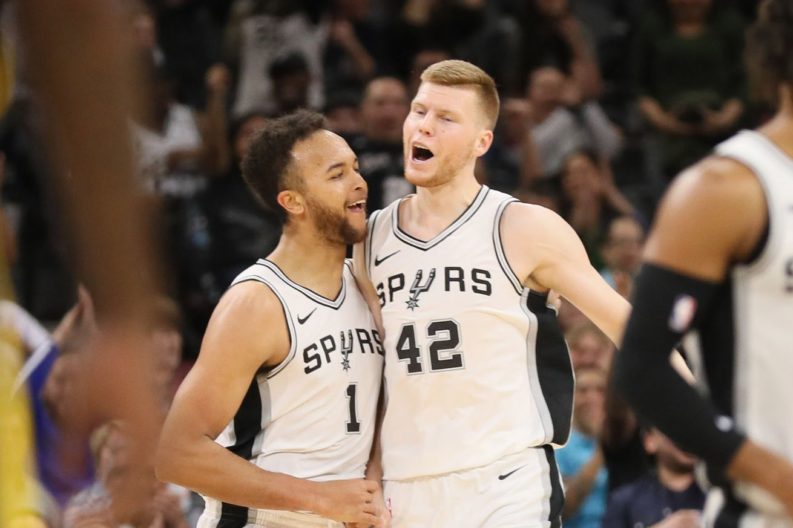 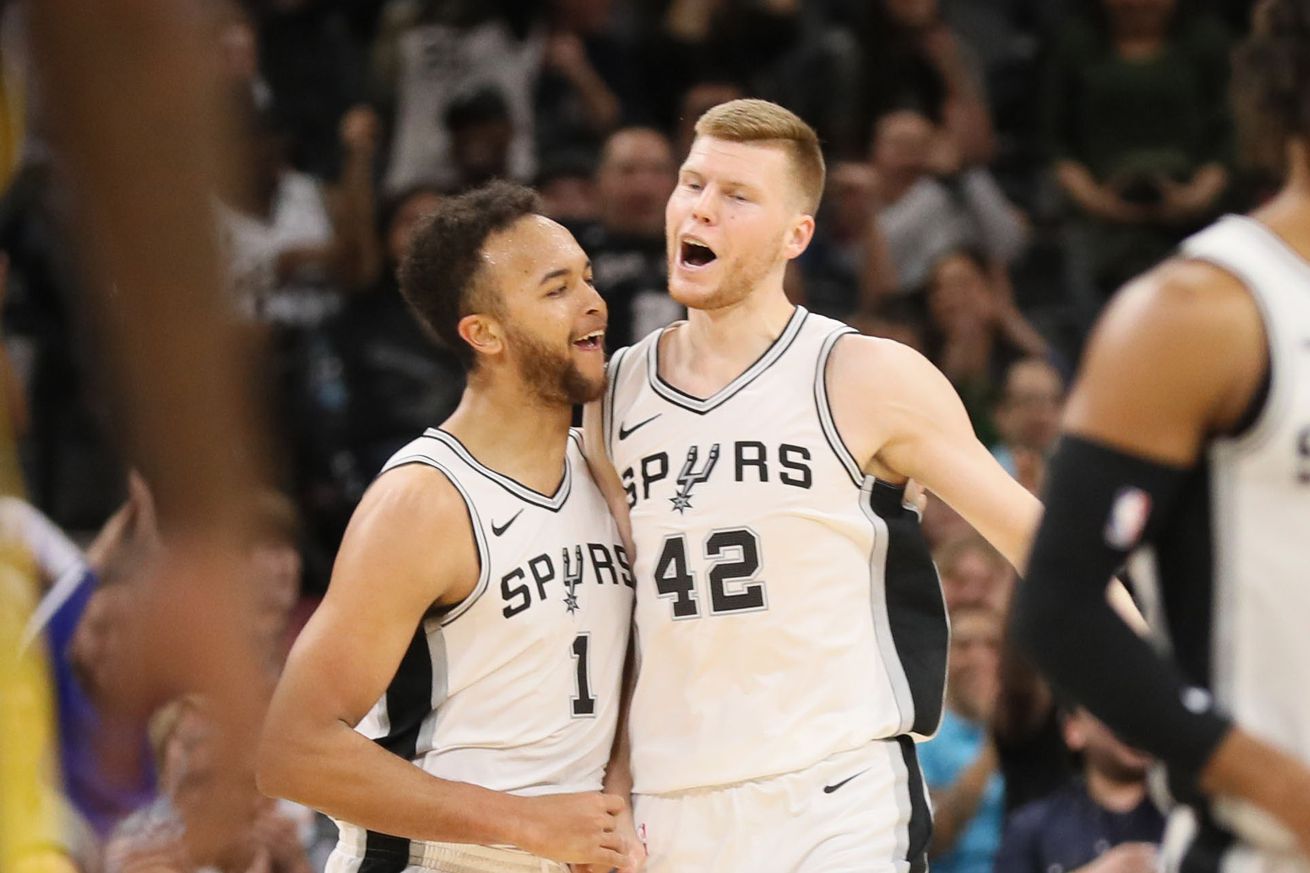 Slow-mo may have uncorked the best save pass ever.

I played my high school basketball in Connecticut. The other starting guard and I had a deal — if either one of us was trying to save a ball in the backcourt, the other one would automatically start running towards the other basket. This pre-planning came in handy during a playoff game my senior year. I went flying out of bounds on the side court chasing after a loose ball. Right before I hit the bleachers (loudly), I flung the ball down court, where Roy was all alone to catch the ball and lay it in. While that was my personal best save pass ever, it did not compare with Kyle Anderson’s save against Memphis Monday night. For those of you who missed it, here it is:

Kyle making these kinds of plays tonight and Davis with the dunk #GoSpursGo pic.twitter.com/crAzRRfMc9

Note several things. First, right at the beginning you can see Bryn Forbes throw his hands up in despair. Bryn apparently realized that he threw a long lead pass where someone as fast as Dejounte Murray could get to it — but where Kyle Anderson (who is somewhat slower than Dejounte — and paint drying) likely could not. But Bryn is wrong — Kyle does get to the ball, just not for a lay-up like my old teammate Roy did. Instead, Kyle barely gets to the ball, not near the basket, but in the deep corner. It almost appears that Kyle is moving in slow motion. Come to think of it, he is.

Next, Kyle turns to do exactly what Roy and I had planned all those years ago — when in doubt, throw it towards the basket. But instead of my wild high school fling, Kyle spins (all in slow motion of course), and locates Davis Bertans (playing the role of Roy). And here Kyle and Davis do something Roy and I could never do. They complete a perfectly executed lob pass for a dunk — from a player falling out of bounds to a teammate who elected to sprint up court even though a better pass from Forbes would have led to a break-away dunk by Kyle. So while Anderson rightfully gets the acclaim, please understand that without a teammate hustling like Davis did, Kyle Anderson would not have been on Sports Center for this play. Whenever I see a play as cool as this, I generally share it with my basketball crew. I sent this highlight because I was fairly confident that no one else in my crew had watched this Spurs–Grizzlies game on a random Monday night in March. I got several good responses:

From Mike Williams, who played ball at our rival high school in Connecticut, though 20 years after me, and then D2 ball and in Europe: “Wow. Just wow.” (To make the small world circle truly complete, my teammate Roy is now soccer coach at Mike’s high school.)

From Doug Mark, music attorney to the stars: “Insane. The elements that went into that pass — Knowing location of ball, his hand, his feet near the sideline, his teammate, twisting around. Serious basketball IQ.” And finally from Fergus Intemann, a Warrior fan but still a good guy (and former Irish national team star): “Ah, the ol’ infamous Anderson-Bertans fast break finish. If we’ve seen it once, we’ve seen it once.” To which he added: “The only other time I’ve seen someone run slower with the whole world watching was Tom Brady during his combine 40. So I guess what I’m saying to Kyle is, ‘Welcome to the HOF. ’Is there a stat for measuring the difference between a player’s sports IQ and their athletic ability? If so, I imagine these two are Malcolm Gladwell outliers.”

So, way to go, Kyle Anderson. You bested Roy and me, and got yourself compared to Tom Brady, all in one play. I am just glad the referees did not wave it off by calling offensive interference on Davis Bertans.