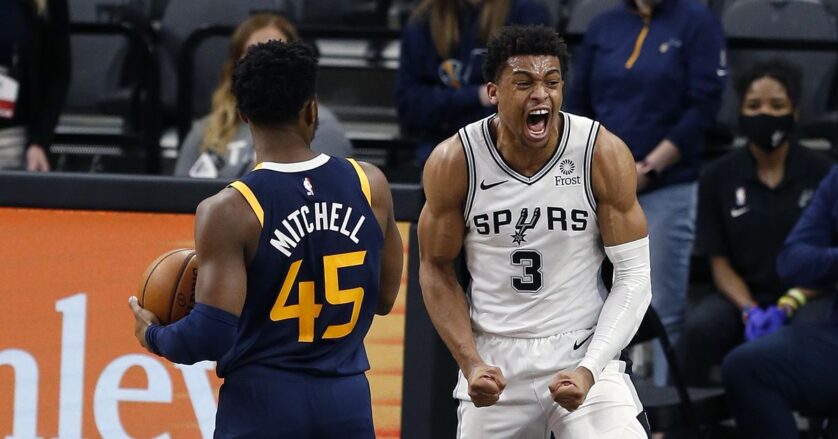 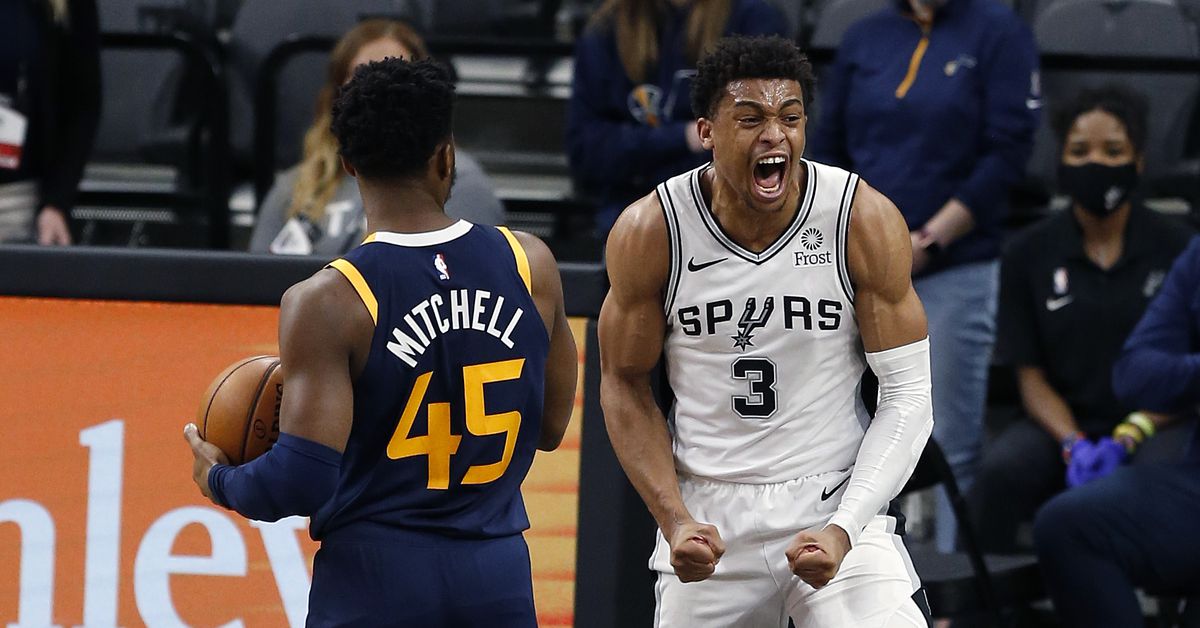 The good news is Keldon Johnson played with energy and urgency. The bad news is Johnson played with energy and urgency because for arguably the first time this season, hardly anyone else showed up to help carry the load. On a night when the Spurs as a team struggled on offense, Johnson impressed yet again to the tune of 22 points on 10 of 16 shooting to lead the good guys in a loss to the Utah Jazz. DeMar DeRozan also contributed 19 points on 9 of 17 shooting.

The great thing about Johnson is everything: the steal, the speed in the open court, and the unbridled rage at the rim. Hopefully his manic energy will be contagious for the Spurs:

In contrast to his 2nd-year teammate, Lonnie Walker IV, smooth as almond butter, floated in air to softly lay this baby bball to sleep in the basket:

Caring is sharing, and no one cared more than DeMar DeRozan dishing here to Jakob Poeltl:

The blowout allowed rookie Tre Jones to stretch his NBA legs with some extended minutes highlighted by this sweet layup off of a no-look assist from fellow rookie Devin Vassell:

Next up, the Spurs take on the L.A. Clippers on Tuesday, January 5, 2021 to kick off a five-game road trip.