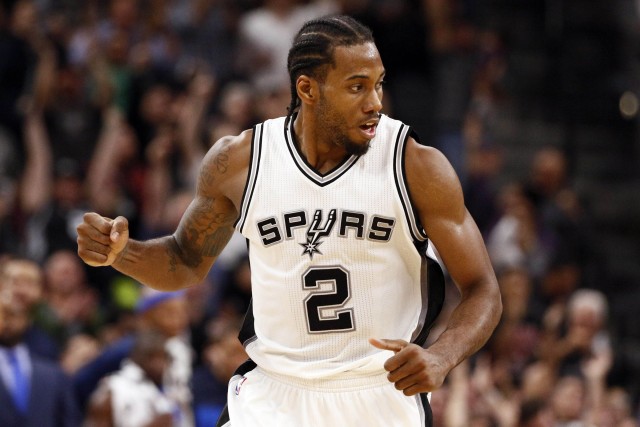 Thee most exclusive, least well-known club in the NBA is made up of only eight players. Only 15 times has an individual recorded at least five points, rebounds, assists, blocks and steals in a single game. On Friday, Kawhi Leonard fell the tiniest of margins away from making it 16. In a 91-80 Spurs win, Leonard recorded 25 points, seven rebounds, six assists, five blocks and four steals. More impressively, he played only 32 minutes. With a few more chances, it seems almost guaranteed that he could have jacked the ball from some poor, unsuspecting guard. Alas, San Antonio led too convincingly to make that happen, moving to 13-3 while winning their fourth in a row…….Read More