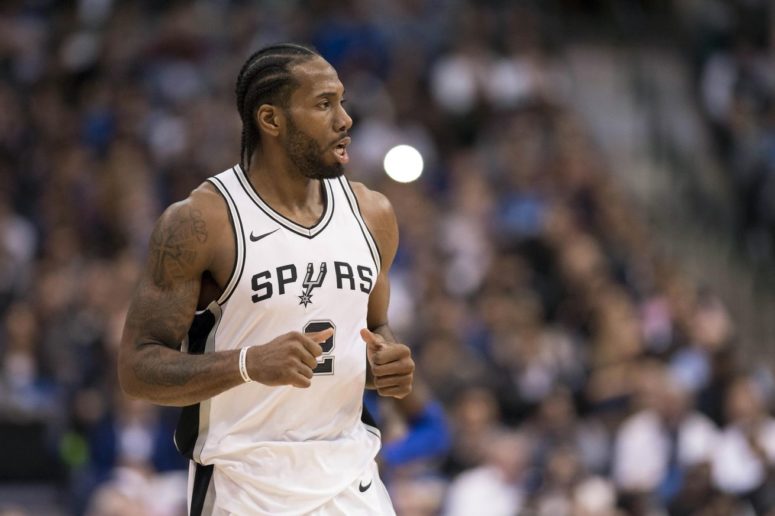 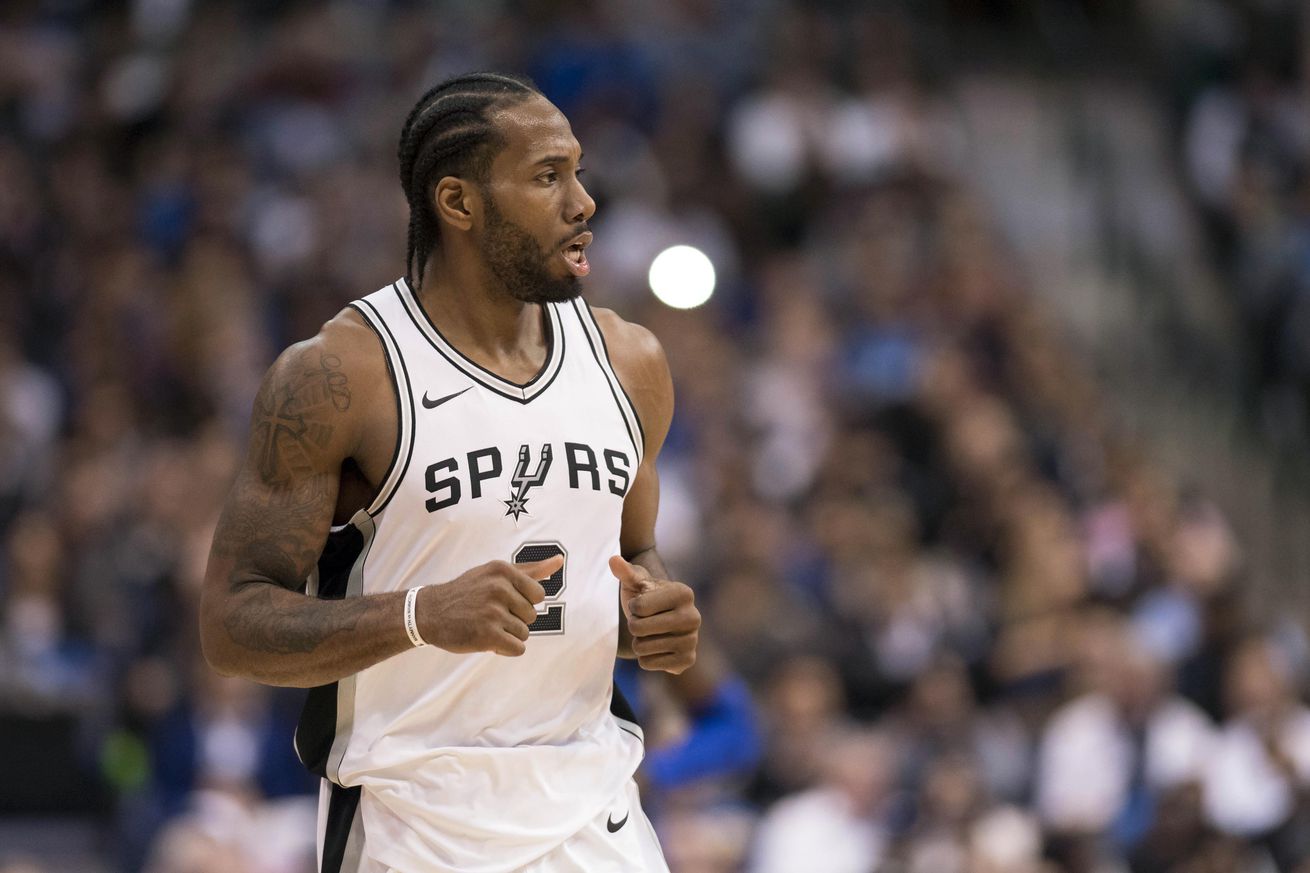 Spurs get Leonard Back, but lose in Dallas

It sure is nice to see Kawhi Leonard out there, isn’t it? After almost seven months of Klaw-less ball, the Spurs finally got their star player back, and I’m happy to report that I think he’s going to still be good at basketball.

The short-term prognosis for the Spurs is that it will take some time to integrate an MVP candidate. The feisty Mavericks took advantage of a discombobulated Spurs squad on both ends. The long term prognosis is the Spurs are integrating an MVP candidate to a 3-seed in the Western Conference with two thirds of the season remaining and have plenty of time to fit the pieces together.

In Kawhi’s first game back, it was obvious that he still has a way to go before he is in game shape. Nearly three minutes into the first quarter, he was grabbing his shorts and trying to catch his breath, but he still managed to get a leaning shot in the paint, a long pullup jumper, and a nice hook shot out of the post to fall in the first quarter. Even in a limited 16 minutes of action, it was clear that his game has not decayed.

Perhaps unsurprisingly, the rest of the team struggled to find a groove for most of the game, and it often looked like the team was unsure of where the shots should come from. LaMarcus Aldridge was defended well, and when a Spur actually did make a move into the paint, a Mav was ready to swipe at the ball. Maybe five games over a seven-day stretch, followed by two days off, followed by bringing someone into the rotation in game 28, is a rhythm killer.

Give credit to Mavericks coach Rick Carlisle, who always has a game plan for his interstate rivals. Out of every coach in the entire league, he’s probably the best bet to ruin the return of a team’s best player.

For as much coverage as it has received up to this point, Leonard’s gravity on the floor actually doesn’t change the way the other Spurs should have to play all that much. His ability to penetrate or post up is a nice marriage of Rudy Gay and Kyle Anderson’s best qualities. The biggest problem in Tuesday night’s game was that most of the Spurs did not look very sharp, and the Mavs did.

The Mavericks put the Spurs in an interesting predicament by switching everything on defense and allowing LaMarcus Aldridge to initiate form the post in single coverage. Eventually, a second defender would often flood the paint and force Aldridge to give the ball up, which resulted in several open looks that the Spurs just didn’t make.

This strategy altered the way the Spurs have played for most of the season, on top of bringing Leonard back. Again, this will be a process, but give the underdog Mavericks credit for circling this game on their calendars, even if they gave up several open looks that probably go down most nights.

Defensively, the Spurs couldn’t stay in front of Yogi Farrell or J.J. Barea, and Wesley Matthews made shots all over the court. His size makes him a particularly bad matchup for Bryn Forbes, Patty Mills, or Tony Parker, and his quick release from 3 makes him a difficult matchup for a big man switched onto him.

Though the Spurs’ length can cut off a lot of dribble penetration, having four shooters around dribble penetration from lightning-quick guards like Farrell and Barea will eventually wear a defense down, which was part of the story Tuesday night. A dialed-in playoff defense can snuff most of those looks out, but it is death for a defense in December.

The Spurs have plenty of ways to counter the offense and defense of the Mavericks or any team with similar personnel, but really, it all still comes back to how good Leonard can be on any given night. Had he played more than 16 minutes, this game may have ended differently. But until he is back to full strength, the best way to work through the adjustment phase is to continue the emphasis on Aldridge in the post and to do a better job of leveraging their size on the perimeter.

The very first play was a shot from LaMarcus Aldridge deep in the post, and the Spurs struggled to consistently find that look for much of the game. Some of this had to do with the physicality of the game and what the officials allowed, but a lot of it also had to do with the way the Spurs either couldn’t make free throws, couldn’t dominate the offensive glass, and they kept taking shots from 3, despite being ice-cold from downtown. Even though it wasn’t a game plagued by turnovers, the other issues have been prevalent in the eight other losses this season. When Aldridge is dominant down low, the offense hums. When he isn’t, not enough players attack the rim, or if they do, it seems like they miss free throws.

Defensively, the Spurs were a step slow all night. Switching a Farrell-Barnes pick-and-roll would trigger a double-team, which would trigger a series of rotations, which would result in a wide-open 3. It’s part of the trade-off that comes with switching, and it usually just comes down to better execution. Tough to pick at that.

Even in defeat, Tuesday night’s game means more to the Spurs than it does to the Mavs. It was a crummy offensive outing for a team figuring out its identity. But for the first time this season, it was because of who was on the court, not who was off it.

-Pop used 10 guys in the first quarter this game, but he might as well have put Davis Bertans and Dejounte Murray into the game too. The offense was not flowing and the game was already out of whack. Throw the kitchen sink at the hoop and see if that goes in.

-Kawhi was a team-leading +8 in his 16 minutes of action.

-Tony Parker had a vintage TP layup at the 7:17 mark of the fourth quarter. It is still beautiful to watch.

–Danny Green might be the fourth-best shot-blocking guard ever behind Jordan, Dwyane Wade, and Kobe Bryant.

-Tony Parker getting switched onto Dirk Nowitzki around the free throw line used to give me nightmares as a child.

-The ‘Christian & Scooby’ halftime performance made my wife cry. Dogs are cute.