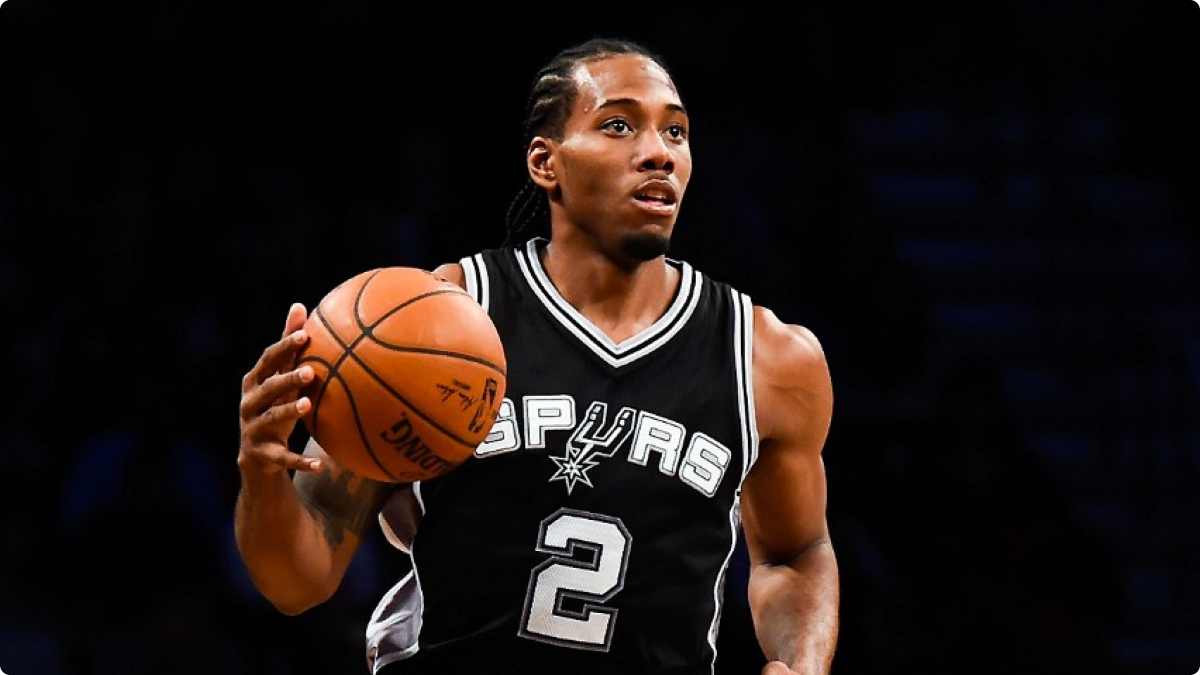 In the absence of Tim Duncan it would appear a new leader has emerged for the Spurs and it comes from a very unlikely source. The quiet assassin Kawhi Leonard is not exactly known for being the most vocal player on the court, has now become the new face of the Spurs. But that was no always the case as Danny Green was once quoted as saying

“We weren’t sure he was ever going to talk,”

Now the MVP runner up from last season Kawhi Leonard is becoming a more vocal leader but shares some similarities with Tim Duncan who chose to lead by example and was not always the most vocal player on the team. This season Kawhi is being urged by Coach Pop to emerge more as the leader of the team and it seems to be working as evidence by the quote.

“I’ve been in the system a long time,” Leonard said Monday after guiding the Spurs to an 86-81 preseason win at Detroit. “I know what Pop expects. Since I know what to do and what areas we’re lacking in, I can now be vocal with the young guys.”

Kawhi Leonard seems to understand that in order to win he must share the knowledge he has gained over the course of his 6 seasons in the league with new generation of Spurs.

“He talks in timeouts now,” Popovich said of last season’s MVP runner-up. “He’s joking with people more. You can see he demands the ball more and people know how to play with him in the middle of everything.”

Coach Pop was quick to point out that while he does like the new more vocal Kawhi Leonard he knows that he can’t force him to be someone he is not.

“He’s not going to be as vocal as Patty Mills,” Popovich said. “That’s not who he is. He’s not Avery Johnson. He does it differently. He’s a little bit more like Timmy. He’s going to lead by example.”

While no one will be able to replace the “Big Fundamental” himself Tim Duncan, it would seem the Spurs have found their new leader in Kawhi Leonard.  Who has much in common with #21 as their quiet demeanor and no nonsense approach to the game is the Spurs recipe for NBA Championships.