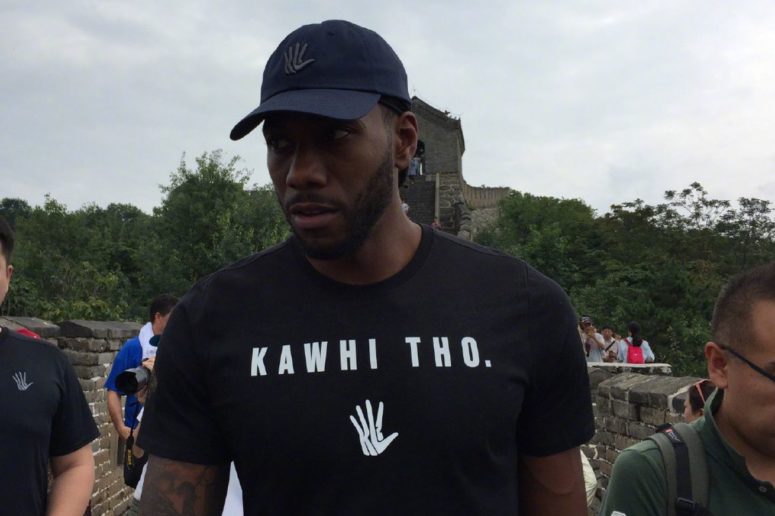 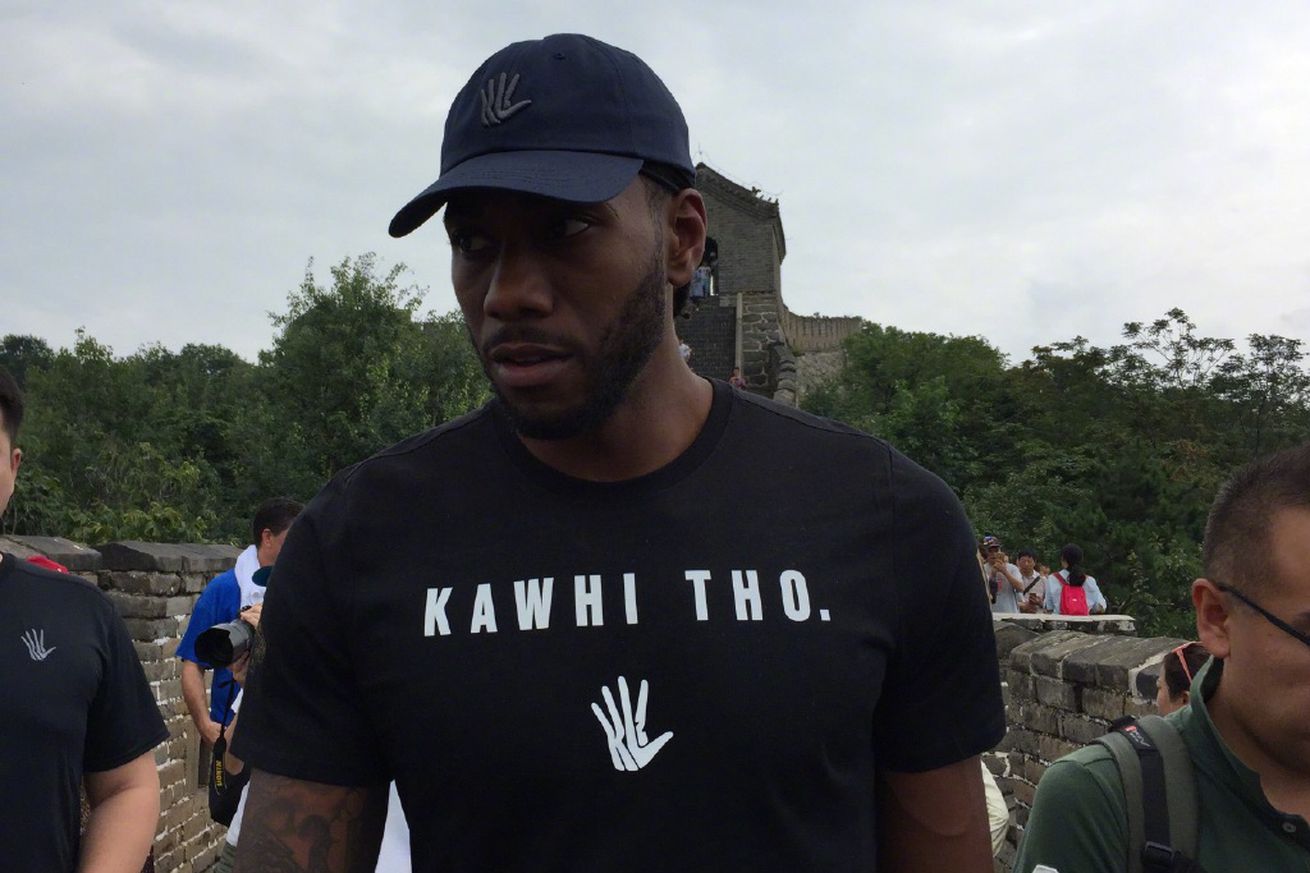 Kawhi Leonard is growing imcreasingly comfortable as the face of the Spurs franchise.

After solidifying himself as one of the top five players in the NBA this past season, Kawhi Leonard is using his budding stardom to become an ambassador of basketball throughout the world.

Last week, in front of hundreds of Chinese San Antonio Spurs fans, Kawhi talked about his time in China, including a visit to the Great Wall, discussed who would win in a one-on-one game between offensive and defensive Kawhi, took some selfies (truth be told, we are unsure if Kawhi knows the term “selfie”) and cracked more than a few smiles.

Leonard has been both accessible and transparent during his time in China. He’s done multiple interviews, visited the Jordan Brand store, divulged the concept for his next Jordan Brand commercial and acknowledged his celebrity status, posing for a number of pictures during his appearance in front of fans.

In an interview with Chinese reporters, Kawhi articulated how he remains humble in spite of his growing fame.

“I try to stay respectful to the game of basketball, and also life in general,” he said. “If you don’t have a life outside of basketball, you won’t be a famous basketball player forever, so I try to take that into account.”

Leonard has made known his intentions to become an all-time great and although he prefers to stay clear of the limelight, it appears hes coming to terms with the fact thwt marketability is a factor in determining a player’s legacy.

Although Leonard is taking snall steps toward building his personal brand, highlighted by his everpresent “Kawhi Tho.” shirt, the two-time All-Star is utilizing his platform to promote strong habits in both basketball and life.

“Just to continue to enjoy the game, and like I just said, to respect it. That could mean studying it, going out working on your game, shooting jump shots, dribbling, eating the right food, making sure your body’s prepared to play a game, so just be respectful of the game,” he said. “Make sure you take care of your schoolwork as well. If you’re not fortunate enough to go to the NBA [or any other professional league], you could also get a scholarship, a degree or focus towards something else in life.”

When reporters shifted their focus towards the upcoming NBA season, Kawhi, in typical fashion, consistently used terms “we” and “us” rather than “I” or “me” — consistently showing his team-first mindset. Despite a growing personal brand, Leonard continues to deflect praise and treat the Spurs as a collective unit.

Leonard’s ability to remain unaffected by increased exposure and consistently place winning above all else is largely taken for granted. Yet such a trait is rare. Just look at the Kyrie Irving drama of this summer for the most recebt example.

Kawhi’s emergence as a bonafide superstar has been accompanied by a growing number of endorsements and fanfare. The 6-foot-7 forward has developed into both a strong role model for the youth and ideal ambassador for the NBA, remaining selfless, hardworking and humble as his stardom continues to grow. With Tim Duncan now enjoying retirement, Leonard is solidified as the face of the Spurs franchise, a position he looks primed and ready to thrive in as well as he thrives on the court.