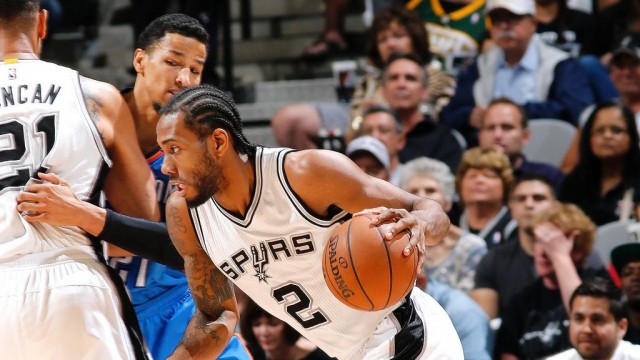 The San Antonio Spurs lost just once on their home floor this season, and matched an NBA record with a 102-98 overtime win Tuesday night against the visiting OKC Thunder.

Kawhi Leonard scored a game-high 26 points against a Thunder team that was resting its stars with Playoff seeding already settled.

“You know, it’s one of the legendary teams with Larry Bird, (Kevin) McHale and (Robert) Parrish,” Spurs point guard Tony Parker said. “So it’s pretty good. It’s not easy to lose one game the whole season (at home).”San Antonio was lethargic coming off its first home loss of the season to the Golden State Warriors on Sunday. The Spurs never led in the final quarter in that loss and trailed throughout much of their home finale……Read More