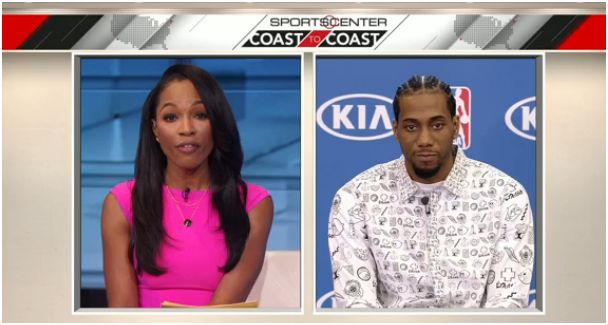 Kawhi Leonard, a defensive leader for the Spurs, has been honored with his second straight defensive player of the year award.

For the second straight year, San Antonio Spurs forward Kawhi Leonard is the NBA Defensive Player of the Year. The Spurs’ trouncing of the Grizzlies 106-74 Sunday allowed Gregg Popovich to sit his starters and strike a balance between rhythm and rest.

Leonard received 547 points and 84 first-place votes from the voting panel of 130 sportswriters and broadcasters.

Leonard is a defensive leader for the Spurs, who allowed the fewest points per game during the regular season, giving up three points fewer per contest than the Utah Jazz in second. The Spurs had a defensive rating of 94.9 with Leonard on the court and 99.2 when he wasn’t, according to NBA.com/Stats…….Read More