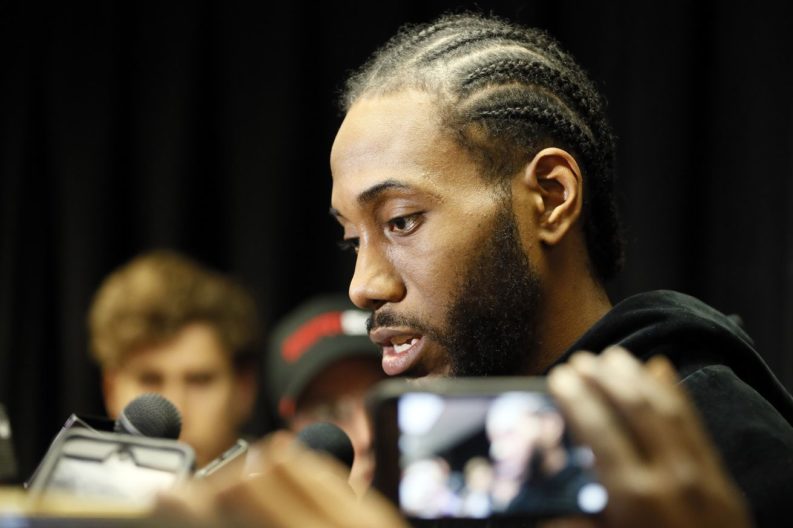 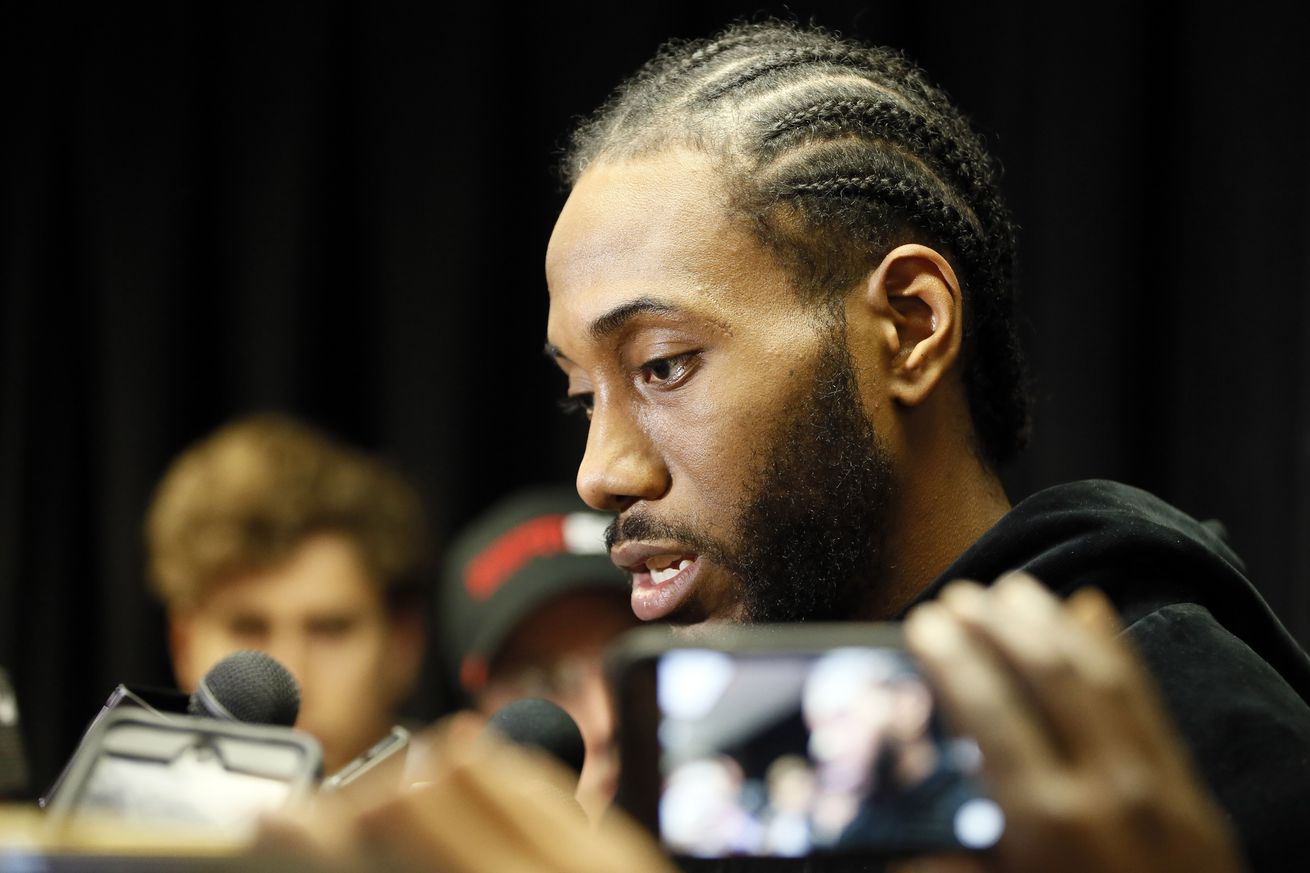 The only version of the star forward we know is the one we created from our own projection.

We don’t yet know the extent of the damage from last week’s Kawhi Leonard bombshell, but in surveying the reaction among fans and members of the media we have a good idea of the fallout. The emotional swoon that came with the reported trade request, yet to be formally addressed by player or team, has led to more pointed volleys of disillusionment and criticism towards both sides of the rift.

For the Spurs, it’s a perceived mismanaging of Leonard’s injury, the eyebrow-raising comments from Gregg Popovich and Tony Parker during the season, and the optics of gradually alienating a franchise player. There could be merit to each individual point but, as with the takedowns of Leonard, we simply don’t know enough about what has happened yet.

There’s been arguably more criticism thrown Leonard’s way, often with a sentiment that feels equally premature and inflated by expectations the player never asked for. While we may eventually find his side to bear the lion’s share of fault, nearly all of the Leonard-focused articles, tweets and thinkpieces share a similar, problematic theme, one that Spurs fans have been complicit in perpetuating.

Since being acquired on draft night in 2011, the 26-year-old’s arc has felt pre-ordained, rising from unsung gym rat to 3-and-D savant and, eventually, superstar, extending the golden age of San Antonio basketball and helping lift his team to a fifth championship in the process.

We’ve had fun with it along the way. We joked that Leonard was built and programmed in a lab underneath the AT&T Center (at least, I did). He represented the Built, Not Bought adage that fans have trumpeted loud enough to drown out the caveats. We conflated his lowkey nature and shared aversion to the media into a greater verisimilitude, anointing him Tim Duncan’s spiritual successor. We imparted onto his nonplussed blank slate our own ideas of who he was, and he became in everyone’s eyes the perfect Spur, inheriting all the unrealistic values and expectations that people have projected onto the team through its incredible run of success.

The problem, of course, is: Kawhi Leonard didn’t set out to be Tim Duncan, nor did he ask to have the image of the perfect Spur projected onto him. He was a guy who grew up in California idolizing Carmelo Anthony, Michael Jordan and Allen Iverson, used the worst players sitting at the end of bench as his watermark for whether he could one day make it into the NBA, and whose most defining character trait was simply an endless desire to improve. And he has, with every season until last. No individual should’ve shouldered the weight of the Big Three Era (one which relied on a trinity of Hall of Famers who needed to grow together, alongside an all-time great coach, to thrive, and one that was not without its own warts), but Leonard certainly looked capable while healthy.

The atmosphere around Leonard becomes difficult to reconcile when it doesn’t hold what it used to. A public statement from him could easily shoot down a media narrative, but it’s no surprise that one hasn’t happened. His silence may also make it easier to assume a lack of agency on his part, perpetuating the narrative that his self-determination has been suddenly wrested away by a family figure.

Kawhi Leonard was, and remains, Kawhi Leonard, even if we have no idea what that means. He’s not throwing our own misconceptions of him back in our faces (it’s possible he couldn’t care less) rather than simply leaving us to do it ourselves. The approach he’s taken in handling his injury and whatever else has gone on behind closed doors should be a reminder that context and individualism matter — and that if we can’t rein in our desire to fill the gaps with narrative, we should at least be ready to watch our stories crumble when we build them around an unwilling cipher.