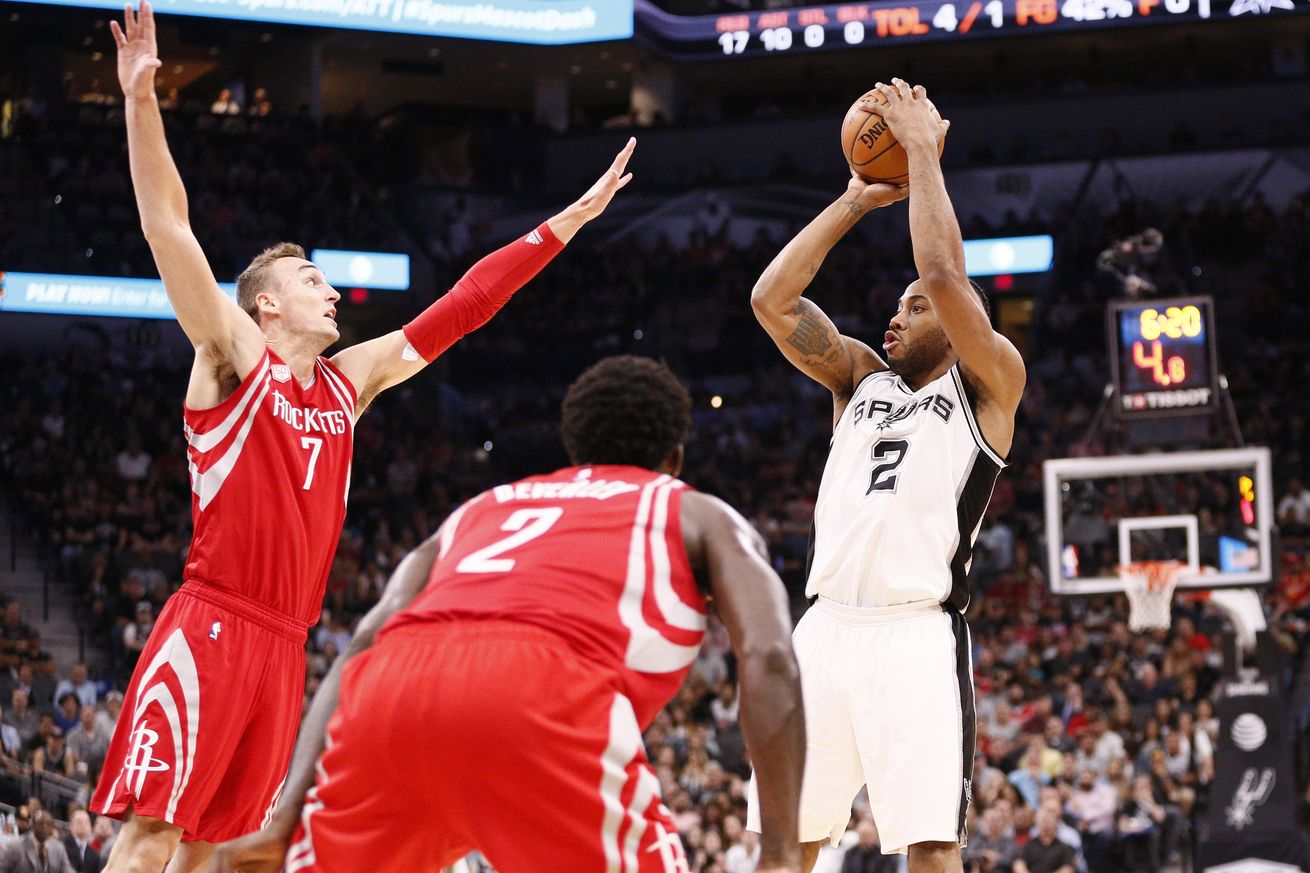 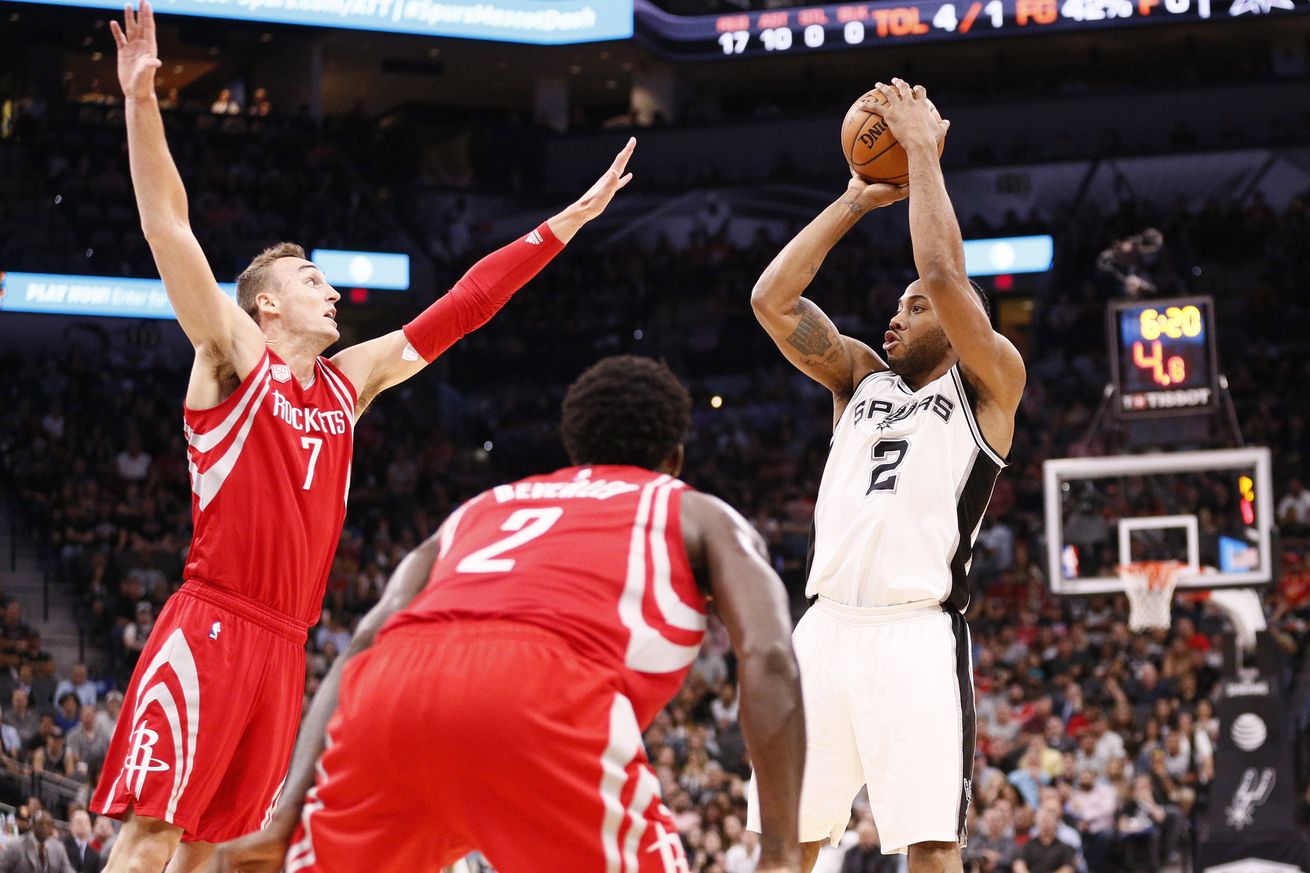 Kawhi Leonard preformed on both ends of the court when the stakes were highest.

The Spurs went into the 4th quarter trailing Houston 82, Spurs 81; the game was up for grabs and once Kawhi Leonard got his gigantic mits on it, he wouldn’t let go. He scored 17 of his 39 points in the 4th quarter. This is an exclusively Kawhi-centric breakdown of the best plays in the 4th quarter. Lets take a closer look at how he did it.

#1 During the game Kawhi took and made some really difficult shots and this is one of them. Here he’s closely guarded by Eric Gordon. But Kawhi lowers his head as if he is going to the basket taking a jab step and then steps back with a jump shot from a ridiculous angle.

#2 Monday night, Kawhi went 4 of 5 from behind the three point line, in the 4th, he went 2 of 4. As he brings the ball up the court, LaMarcus Aldridge and David Lee set screens and then roll, taking two defenders inside with them, leaving behind James Harden with Kawhi. But Harden hedges before heading back to his man, leaving Kawhi to take and make the three as Ariza tries to recover.

#3 On this play, Kawhi begins his penetration but runs into heavy traffic and passes to Tony Parker in the corner. Tony takes a single dribble left and passes back to Kawhi. At this point, Kawhi sees a clear path to the rim so he skirts around the defender, dribbles twice and puts up a floating bank shot over Harden.

#4 With 32 seconds left in the game and the Spurs down one, Kawhi brings the ball and waits for the LaMarcus screen. As Kawhi goes around LaMarcus, Nene picks him up and follows him. Kawhi sizes him up, dribbles left, and takes a pull-up three. The result is nothing but net.

#5 Now with the clock showing 23 seconds left, Harden takes the inbound up the court all the way to the basket where he is met by David Lee in the paint who slows him down as Kawhi comes in from behind and blocks the shot.

#6 This is the last play of the game and with 10.6 seconds left on the clock, the Spurs must safely inbound the ball and get it across half court. After allowing the clock to click off some time, Kawhi makes a great pass to LaMarcus who in turn, passes to Manu. The Rockets complained about a missed foul on LaMarcus but after letting so much time go without fouling, the refs didn’t call it and the game ended.

All in all, it was the second highest scoring game of Kawhi Leonard’s career. But it was his defense and his varied scoring combined with smart play that stood out. He simply took the game over.