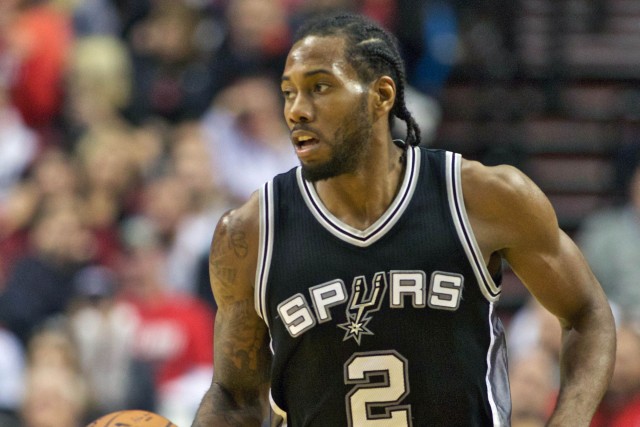 Kawhi Leonard carried the Spurs to their fourth straight win. He had 25 points, seven rebounds, six assists, four steals and five blocks in San Antonio’s 91-80 road victory against theNuggets. He was even more impressive than the stats suggest as he single-handedly changed the momentum of a game that was looking dire for the Spurs, who were without Manu Ginobili or Tim Duncan. As far as rest games go, the Nuggets in Denver in the first game of back-to-back was not a bad option, at least on paper. They lack an imposing interior presence and are a bottom 10 team on both offensive and defensive rating. As long as the team was ready to execute and play with energy, a return to San Antonio with a win was likely, regardless of who suited up. Yet the matchup had “trap game” written all over. The Spurs still don’t have that autopilot to carry them through bad stretches and were facing a hungry opponent in a notoriously tough arena following Thanksgiving. If not for a terrific Kawhi Leonard performance, it could have gone down to the wire……..Read More