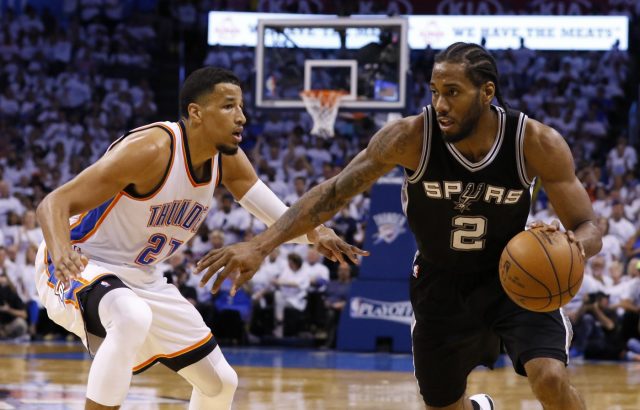 Kawhi Leonard is a unique talent due to his brilliance on both ends of the floor. But his uniqueness goes beyond this. He just finished second in the MVP voting, but he doesn’t carry himself like a superstar. We’re not used to seeing this, and it’s honestly refreshing.

Leonard walks around the floor the same way he did when he was a rookie. He rarely draws attention to himself with showy antics. It’s unusual to see him argue with officials (he actually did the other night, and it drew a headline since it’s so uncommon).

He’s quick to heed advice from Gregg Popovich as well as teammates. And he certainly doesn’t seem driven by an ego that has grown too large with his success.

Some might argue that it’s just his personality that doesn’t like attention. While this could play a role in his demeanor, there’s something more to Leonard’s posture that’s rooted in his humility and the culture of the San Antonio Spurs.

We’ve witnessed young players come into the league and display a similar shyness to Leonard’s in their early years. But then they enjoy a breakout season, develop notoriety, perhaps even win an award or two, and in turn shed the modesty and embrace their newfound status…..Read More