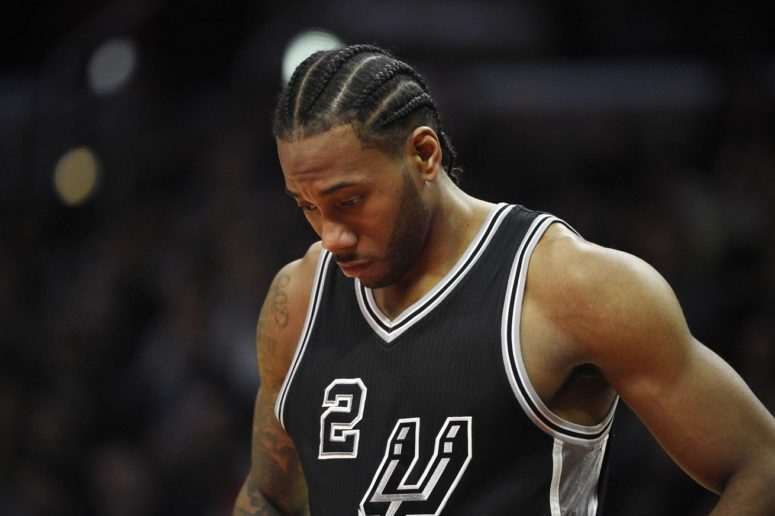 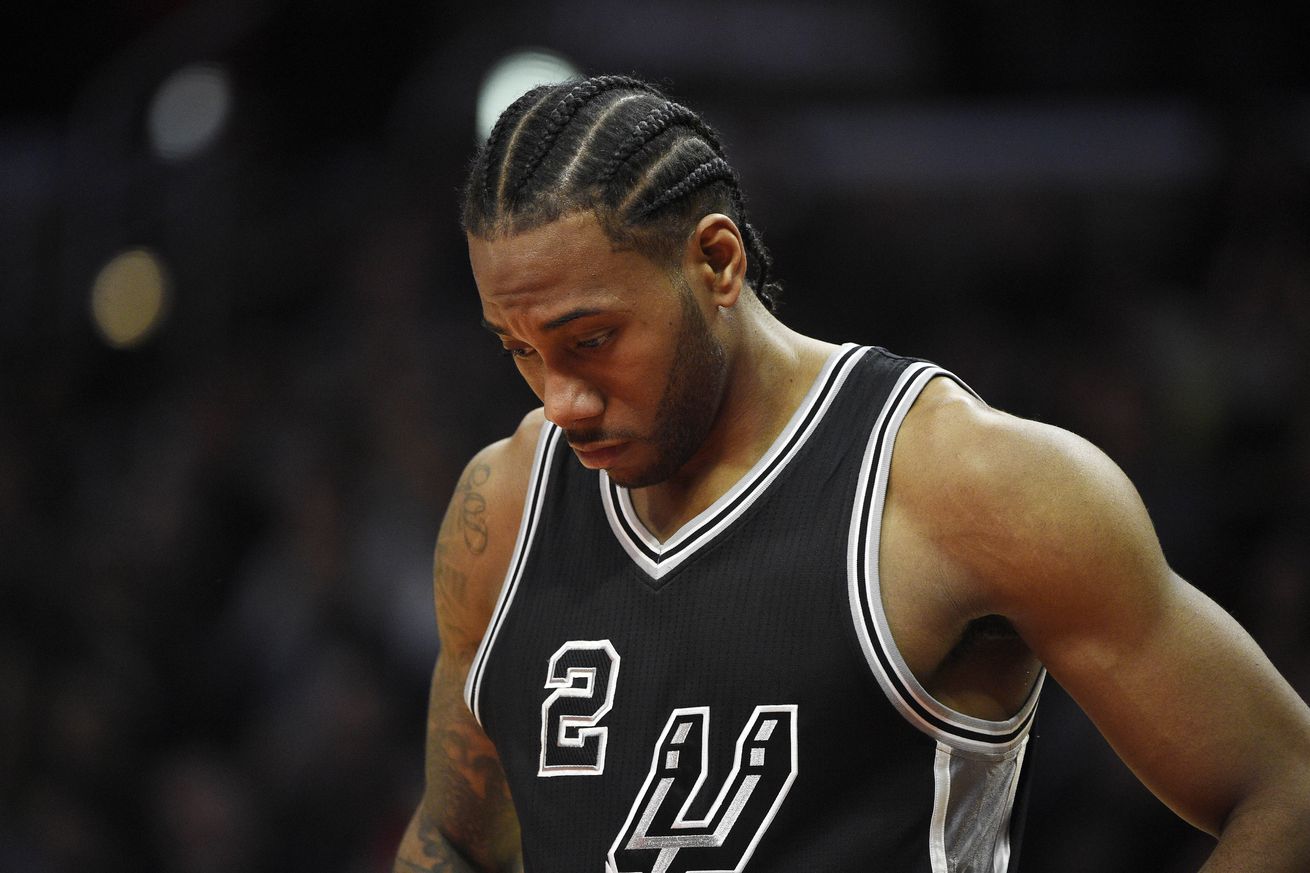 Video of Kawhi boarding the team’s charter to Chicago is frightening, routine, or hilarious — and only time will tell which it is.

So this just happened as Kawhi Leonard was boarding the Spurs charter for Saturday’s game against the Chicago Bulls.

Kawhi is in serious pain

His quadriceps tendinopathy is so acute that he’s unable to naturally take the steps up to the board an airplane. But if this is the case, then why is he even travelling with the team? The Spurs regularly leave injured guys at home when they travel, and there’s no reason for them to drag Kawhi along if he’s suffering. It would make no sense.

Kawhi is being careful

Tendinopathy is classified as an overuse injury, which means that while he’s healing and rehabbing it’s necessary for him to, well … not use the quads in his right leg. So what we see in the video is him taking all those steps with his left leg in order to rest his right, and he’s going slow on doctor’s orders because there’s nothing to be gained from rushing around on one leg and stressing his left out as a result.

I haven’t mentioned CIA Pop recently, but it’s always fun to do so when stuff like this happens because wild speculation nearly always fills the hole left by a lack of information. And since Spurs fans live in a constant zone of Info Dearth it’s fun to create imaginary situations in which everything puzzling about the club can be explained away by theories like “Pop knows what everyone expects, but he’s doing [fill in the blank] in order to lull the rest of the league into a false sense of security so that…” You know the drill, I’m sure.

You probably have a Spurs fan friend who thinks like this, and you might have two. I used to partake in this kind of thinking in jest, but eventually realized it had crept into my actual thinking. Anyway, in the trolling scenario, Pop and Kawhi talked before the flight about how hilarious it’d be if he took a long time getting up the stairs to the plane. And after laughing about it for a while, Kawhi decided to do it.

Even if this is a sign that Kawhi is nowhere near ready to play, it’s not the end of the world. I just got a text from one of my friends who regularly complains that the sky is falling when some kind of bad news about the Spurs breaks. Here’s what he said:

Meh. Don’t mean to sound cynical but this video is hardly proof of a serious injury. Maybe he’s tired. Maybe he’s playing around. Maybe he’s sore from a PT session. Even if it’s worse than thought, I’d still rather lose Kawhi for 10 when we don’t care, than 20 when we do care.

Not a bad mindset to have, £ers. If you need help trying to stay positive, then here is a good read for you.