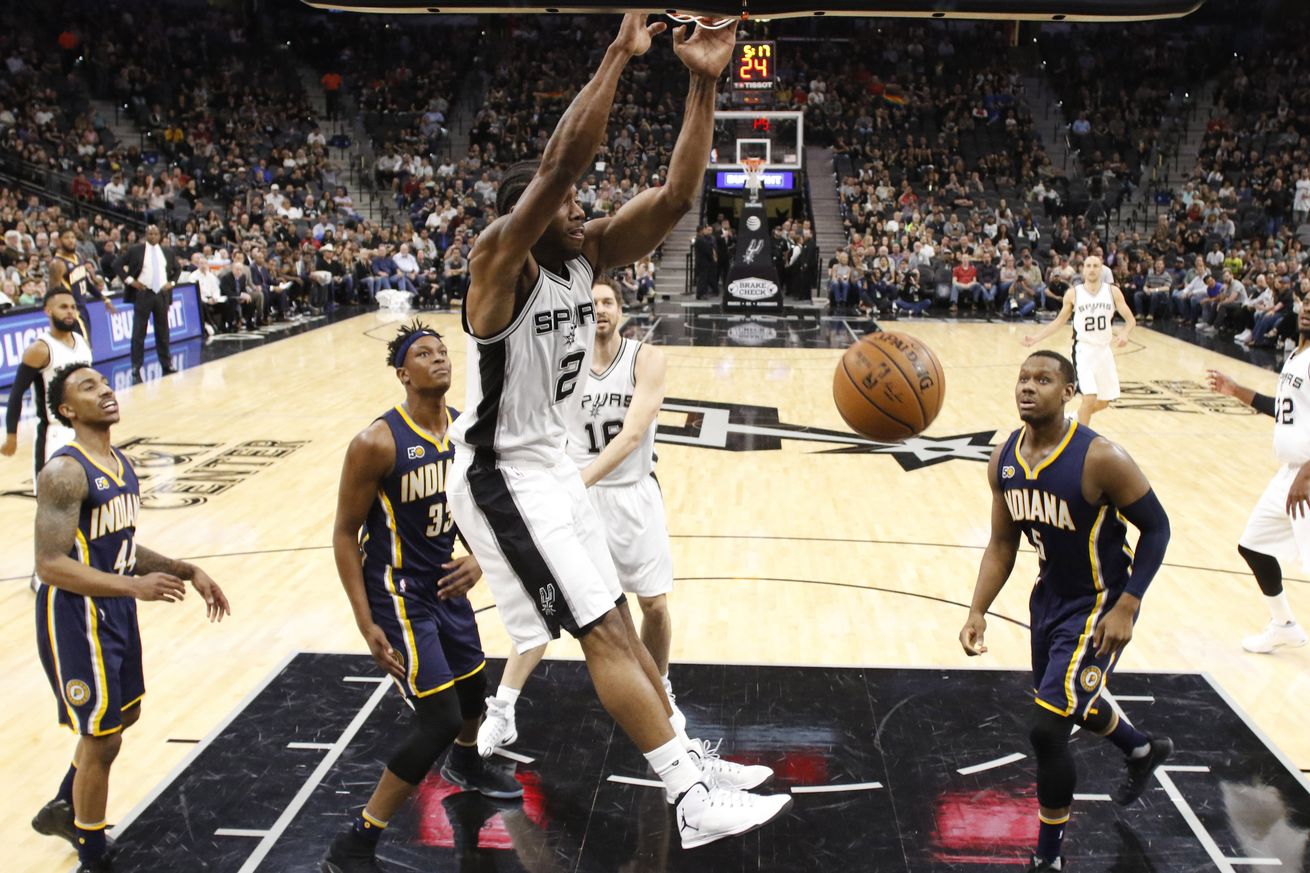 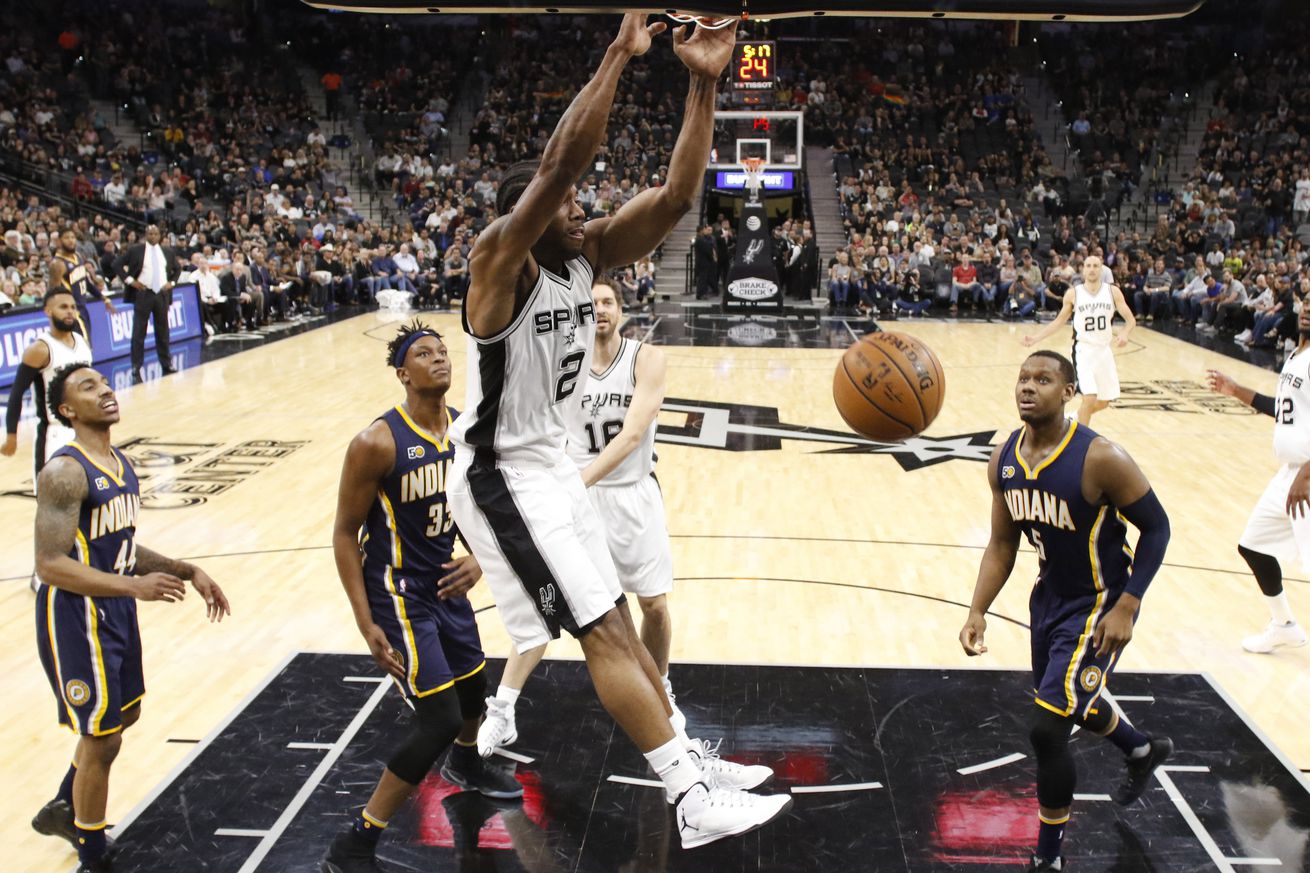 That and more with today’s best Spurs links.

Songwriter and Spurs fan Brian Lambert recently wrote a song about The Klaw called “Kawhi Leonard is a bad, bad man” and posted it on his YouTube channel. It’s pretty awesome and definitely fitting after last night’s performance. Check it out below:

Leonard’s performance last night put him in some elite company both in the Spurs franchise and the league as a whole. Michael Wright has you covered over at ESPN.

The Spurs are still good, you know

Per usual, the Spurs are the “forgotten contender”. While everyone is intrigued by the “unstoppable” Warriors, defending-Champion Cavs, and the crazy offense of Mike D’Antoni’s Rockets, the Spurs are quietly lurking in the shadows, largely unnoticed, with the second best record in the league by a mile.

Yahoo!’s Eric Freeman discusses how last night was a reminder that like those other contenders, the Spurs also have a superstar who can take over and win any game, and Jon Planos of the Washington Post goes over how the Spurs defense, among other things, makes them a serious contender and possible threat catch the Warriors while Kevin Durant is out with a sprained MCL.

Amusement of the Day

I have often found that trying to either type or text with auto-correct can often delivers some funny results, especially when it comes to the Spurs. I decided to take advantage of this sometimes frustrating situation and type the Spurs names using four different techniques to find the most humorous reinterpretations.

The techniques included normal typing in Microsoft Word, auto-correct on an I-Phone, slide texting (which is sliding your finger around the keyboard to the letters without picking it up, and the phone determines the most likely word you were typing), and finally speech texting, which is speaking into the microphone instead of typing a text. Seven players returned results (apologies to some of our boring-named Spurs), and here are the best ones:

LaMarcus Aldridge = Lazarus Aldridge. (You mean like Lazarus of Bethany, who was miraculously raised from the dead? Perhaps this is a sign that after last night’s debacle, the basketball lords are about to raise LaMarcus of Dallas’s game back from the dead!)

Kawhi Leonard = Kiwi Leopard. (If Kawhi ever decides to move to New Zealand and become a rapper, this would be the perfect name for him.)

Davis Bertans = Davis Bert and. (…and who??? Is there another sharp-shooting Latvian out there who is the Ernie to our Bert? If so, please find and sign him, PATFO!)

Pau Gasol = Paul Gasoline. (With the way Pau is playing off the bench lately, this might need to be his new nickname.)

Dewayne Dedmon = Freeway Demon. (Oh my. Once again we may have another perfect nickname for one of our big men, but please keep it in the arena, Dewayne. There are already enough “freeway demons” on Texas roads.)

Dejounte Murray = Denounce Marie. (I’m just going to leave that one alone. I’d hate to stir the wrath of one of TV’s fiercest mothers.)

Feel free to try this on your own time with different devices and programs and share your results in the comments!