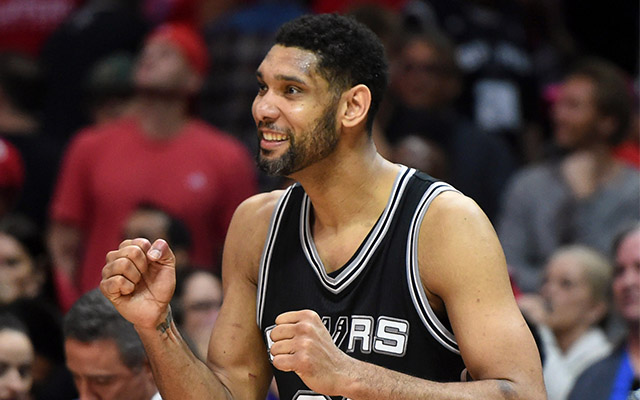 NBA great and former Lakers center Kareem Abdul-Jabbar recently appeared on “Conversations with Tyler,” a series at George Mason University and fielded a few questions from the audience. One person decided to ask which player has had the better career – San Antonio Spurs’ Tim Duncan or Los Angeles Lakers’ Kobe Bryant? You’d think Kareem would pick Kobe considering he is a fellow Laker right? Nope!

Here is what Kareem had to say:

I would say that Tim Duncan has had a better career just because they’ve been able to win more consistently, and they didn’t have to rely on Tim all the time…….Read More