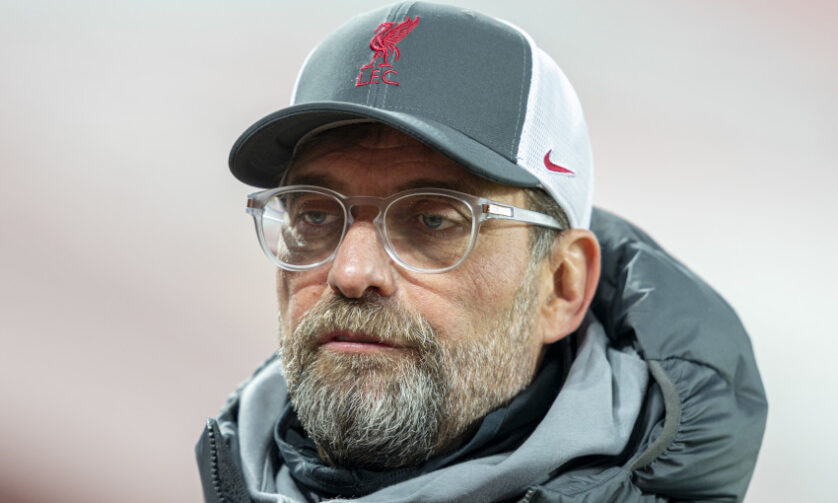 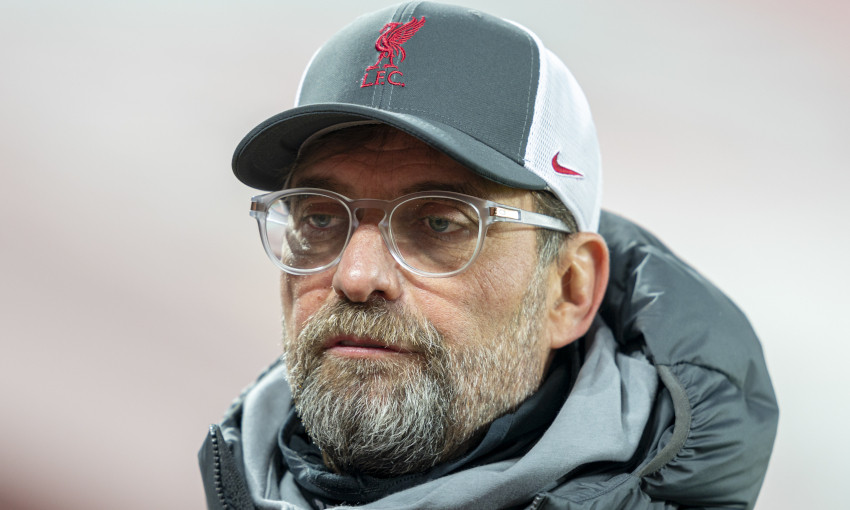 Jürgen Klopp underscored the need for Liverpool to produce their highest level of performance when they host Manchester United on Sunday.

The champions take on the current Premier League leaders this weekend, with Ole Gunnar Solskjaer’s United in top spot after an 11-game unbeaten run in the division.

But, at his pre-match press conference, Klopp insisted the situation in the table has no influence on the Reds’ approach to a game they are already determined to win enough.

“Winning a football game and winning against United is enough itself, so it’s not necessary that there’s a special add-on,” said the boss.

“We play at home against United and we want to win – that’s all we have to think about. There’s no extra add-on in that game because they are in the situation they are.

“They got the points, they deserved the points they have so far, and we have ours. The season is still a long way to go, so it’s not really in it that we talk now constantly about ‘If we win, we are ahead of them again.’

“How it looks in the moment with the football they play again, Man City is one game behind and is very close as well, so you have constantly to think about other teams? We don’t do that.

“We just try to win our football games and for this we need to perform on our highest level because United are good, they always were, and that’s it.”

Bruno Fernandes is United’s leading goalscorer in the top flight so far this season with 11 strikes, and Klopp was invited to assess the influence of the Portuguese at Old Trafford.

“He’s an outstanding player,” he replied. “Before he joined United, we played against Sporting in the USA on the tour and in that game already you could see, ‘Wow!’

“Obviously everybody knew him but in that game it was the first time my team played against a team he was involved. You could really see he was a difference-maker and that’s what he shows now.

“He is settled, he is a very influential player for United obviously, involved in a lot of things. I know people talk mostly about the goal involvements, which is very important stuff, but he is a link-up in a lot of other situations as well.

“I don’t know him well enough to really judge that but he seems to be a leader as well. So, yeah, a good signing, unfortunately, for United.”

The visit of the Red Devils this weekend represents the 100th home league match since Klopp took charge of Liverpool in October 2015, and his 200th Premier League fixture in total.

He has registered 72 wins and endured only four defeats in the previous 99 at Anfield, with the Reds racking up 246 goals during that timeframe.

Asked if he is proud of the record, Klopp said: “Not at all because I never thought about it! And I cannot get now proud in a second.

“It looks like an OK record. But who cares about this record if we don’t win the next one? That’s our life and how I see it, so I’m not even for a second in the past. So far, so good. We have to carry on, we have to get better. That’s all that we try.

“It feels like I had much more games, it’s only 200? But it’s a good number as well. So, yeah, all OK but nothing to really think about.”

Klopp was also questioned on any instructions he will give his players regarding celebrations during matches amid the COVID-19 pandemic.

He said: “That we try, that we just try. I know exactly how it is. I played myself, it’s a difficult one but we all know about the situation.

“The boys did so far an incredible job to be disciplined with all the things we had to do around the virus and the pandemic, and I know they will try to do their best and if there is hopefully something to celebrate that it will be in an appropriate way. But it’s difficult.

“With all the things going around, it’s like others said before, it’s instinct, so it’s really difficult. When you run alone towards the goal and you have the opportunity to score and in the next situation you have to think about what you do then, it’s a proper, proper challenge, honestly.

“Football is an emotional game and all these things. And what we should not forget in the discussion about this is that these players are tested two or three times a week.

“During the week we reduce the contact to a minimum, with all the things we have to do in the training ground, these are the moments – once, twice, three times a week – where they have to concentrate mainly on the game and on the things they have to do.