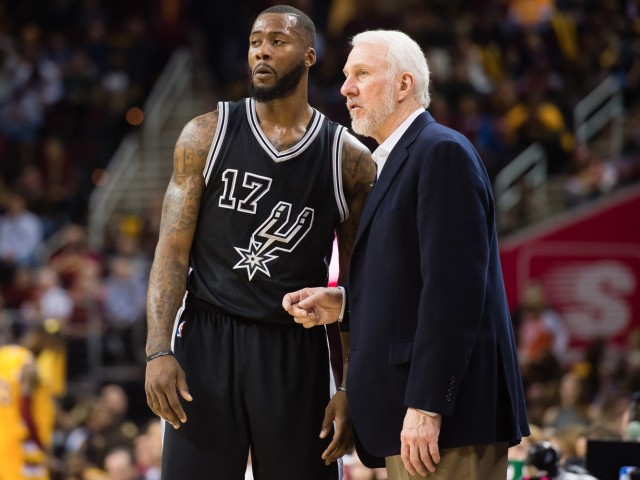 Jonathon Simmons had a long, unusual path to the NBA, but he’s proving his worth to the San Antonio Spurs.

The San Antonio Spurs have proven adept at finding valuable players, whether it’s someone picked late in the draft or an overseas prospect.

Simmons has taken a peculiar path to the NBA, going through two junior colleges before a stint at University of Houston, declaring for the NBA draft early, going undrafted, playing a year in the American Basketball League (ABL), and then, critically, two years in the D-League with the Austin Spurs.

This past summer, the Spurs signed Simmons to their Summer League team before signing him to the official roster.

“It wasn’t a smooth process,” Simmons told Business Insider during a phone interview, “but I think just the love for the game helped me get through it.”

After going undrafted in 2012 — he didn’t even get an invite to a Summer League team, he noted to ESPN’s Michael C. Wright — Simmons didn’t know his options. He ended up at the ABL in part because it was already in his city. (Simmons grew up in Houston.) His choice was unusual, given that most players who don’t make the NBA play for the D-League or go overseas…..Read More