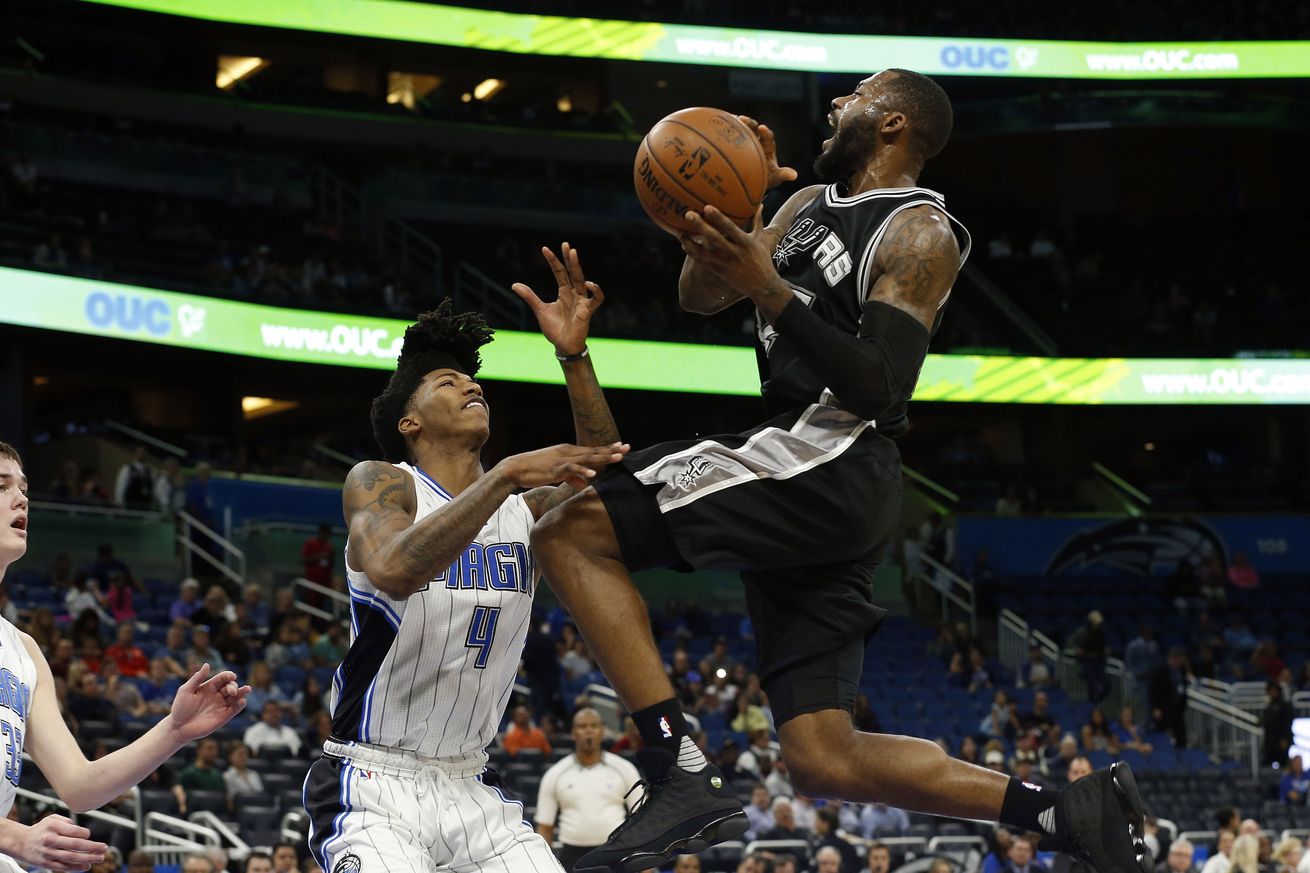 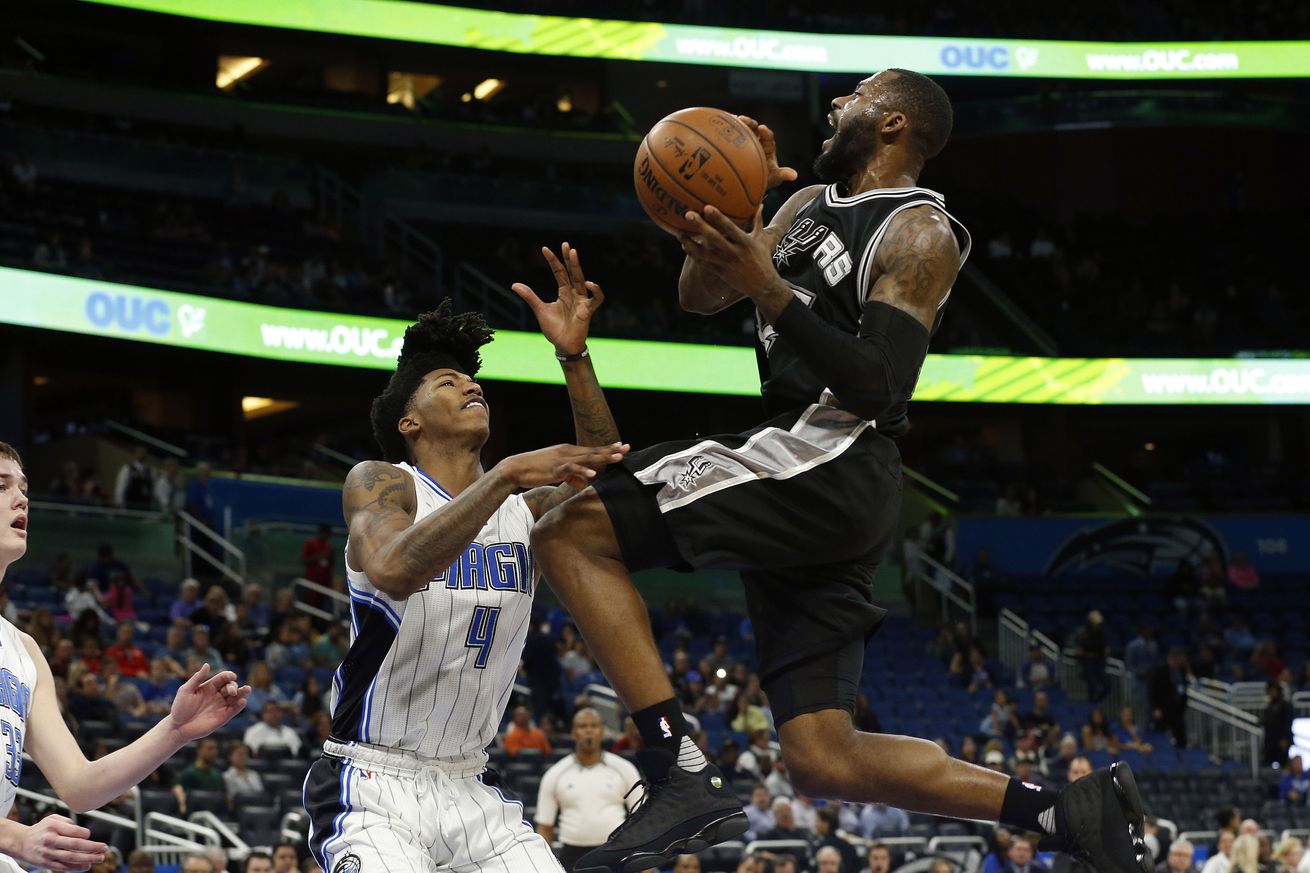 We all know about Jonathon Simmons’ inspiring story, from barely being able to pay a $150 tryout fee for the D-League to important member of the Spurs “Juice Unit”. Today, he’ll take the next step on his improbable path as he competes in the NBA Rising Stars Challenge to kick off All-Star Weekend and judges the D-League Dunk Contest.

Another Spur who took an atypical path to the NBA is Dewayne Dedmon, who has also far exceeded anyone’s expectations. Dylan Carter of AirAlamo goes over all the ways Dedmon has impacted this Spurs team, and it goes beyond alley-oops and sheer athleticism. Here’s to hoping the Spurs can keep him around for a long time.

Is Murray the next CP3?

Okay that might be a bit of a leap, but as long as you have a strong work ethic and willingness to watch film and train hard, anything is possible. Just look at Kawhi Leonard. Pop clearly sees that same determination in Dejounte Murray and has specifically told him to study Chris Paul and how he plays and manages the game on both sides of the court.

The streak that never ends

Several members of NBA.com’s staff got together to answer the all important question: if and when the Spurs’ streak of winning seasons will ever end. (Hint: It’s not any time soon.)

Let’s rewind back to an infamous day in Spurs lore. It contained probably the most high-profile controversy in franchise history (which is saying something), and it was one of those rare times that the entire league and almost all fan bases were on their side. That day was was none other than November 29, 2012, also known as “Restgate”.

In case you were living under a rock at the time, that was the day the Spurs played a nationally televised game against the Miami Heat at the end of a six-game road trip that spanned a mere nine nights. For health’s sake, Pop sent four of his best players home prior to the game, which triggered one of the largest and most controversial fines in league history.

Before the game, then-Commissioner and notorious Spurs-hater David Stern claimed the Spurs had disrespected the fans and integrity of the game and later fined them a whopping $250,000…even after he had been made a fool by the Spurs’ remaining players, who held a lead against the defending champions until the final minute of game and only lost 105-100.

This decision not only brought the entire league and media to the Spurs defense, but it also brought to light the now respected practice of resting star players (even if they’re healthy) to help provide peak playoff performances, as well as the need to reform the league’s scheduling practices to prevent overexerting players and increasing injury risk with too many games in a short period of time.

So what does all this have to do with today? Well, there have been two recent instances where star players have been allowed (or forced?) to play through injuries, only to need surgery and possibly miss more time than originally expected. One is Joel Embiid, who has missed 14 of the Philadelphia 76ers last 15 games with a sore knee, and the one he played in was after it was known he had a torn meniscus. (Liberty Ballers has you covered with how poorly that situation, as well as Ben Simmons, has been handled by all sides.)

The other is Kevin Love, who the Cleveland Cavaliers announced received arthroscopic surgery on his left knee to remove loose tissue and is expected to miss six weeks. The controversy there is that Tyrone Lue also admitted that Love, who like Embiid has a history of knee problems, had played three games (another source says it was just one) despite dealing with swelling and pain before ultimately needing surgery.

Whether playing through injury affected either of those two players’ return timeline is unclear, but it did give me yet more appreciation for Coach Pop and his willingness make his players’ health a top priority over winning, even if it can disappoint fans every now and then. While Commissioner Adam Silver agrees with this practice, it should serve as yet another reminder that his predecessor was wrong in how he handled Restgate. It resulted in two straight Finals appearances and a championship for the Spurs, surely much to Stern’s chagrin. At least he wasn’t the one who had to give out the trophy.