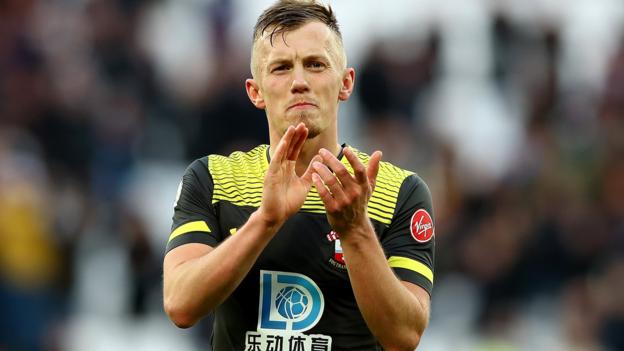 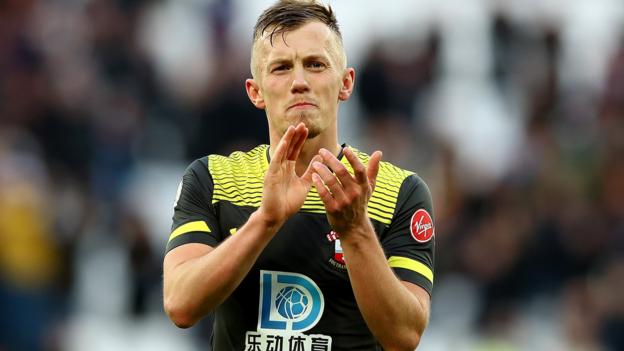 Southampton vice-captain James Ward-Prowse says all the squad cared about was making a “calculated” decision to help the club and “repay” the local community, after the Saints became the first Premier League side to announce player wage deferrals.

The midfielder said the handling of the matter was “very positive” and the agreement came after a meeting among players to discuss “what they were comfortable with” and “what was needed”.

The whole first-team squad and coaching staff, including manager Ralph Hasenhuttl, have deferred part of their salaries for April, May and June, to ensure non-playing staff continue to be paid.

The figure for what percentage of their wages has been deferred has not been disclosed by the club.

In an interview with BBC Sport, Ward-Prowse said being the first club “wasn’t any part of the decision-making”.

“We wanted to make a good, mature, calculated decision on what was needed,” he said.

“It wasn’t done for a ‘well done, you’re the first club to do it’. It was done out of thinking ahead and thinking what is best for the club and the community.

“I’m proud, as a Southampton player, to be part of the club because the decision was made in a very good way and it really sums up and epitomises what the club is all about.

“A lot of other football clubs go about it in different ways, which is fine, but the way all the players and staff came together really sums us up what we are about as a club.

“On a Saturday at 3pm, the community comes together for the club, it’s all about the team and what we’re doing, and the way we went about it was ensuring that we could repay them by the decision that we made.”

Ward-Prowse, a youth-team graduate who joined Southampton as an eight-year-old, also said there had been “no intense discussions” among players about when the season might restart or what it might look like.

Asked about the different return-to-play scenarios being mooted, he said: “That hasn’t crossed my mind. Returning to play isn’t, I don’t think, on anyone’s forefront of their mind at the minute.”

Instead, clubs agreed to individually consult with their players on a conditional wage cut and deferral of up to 30% of their annual salary.

Southampton said that players, coaches and the board of directors deferring their salary will “help protect the future of the club, the staff that work within it and the community we serve”.

Over the past few weeks, there has been considerable pressure on Premier League players, including from leading politicians, to take pay cuts.

But Ward-Prowse, who has two England caps, said: “It was never about doing it quickly or facing any pressure, it was about making sure we made the right decision for the people and the community and we definitely have done that.”

Separately, players have united to launch a fundraising initiative for the NHS and vulnerable people called Players Together.

Southampton are one of a number of clubs to have publicly announced they will not be using the government’s job retention scheme, and Ward-Prowse said: “It is very positive that the club have been able to come up with their own solution.”

“Of course, you can’t replicate having 23, 24, 25 players in your back garden and get out what you want to but you have to adapt, I think like everybody has,” said Ward-Prowse on the situation.

“The club has been very good at making sure we have our programmes and the equipment needed to fulfil our gym programmes. Everybody has adhered to that so far.

“It’s different, of course, but we have to make the most of the situation and just be prepared for whenever we go back because none of us knows exactly when that will be yet.”