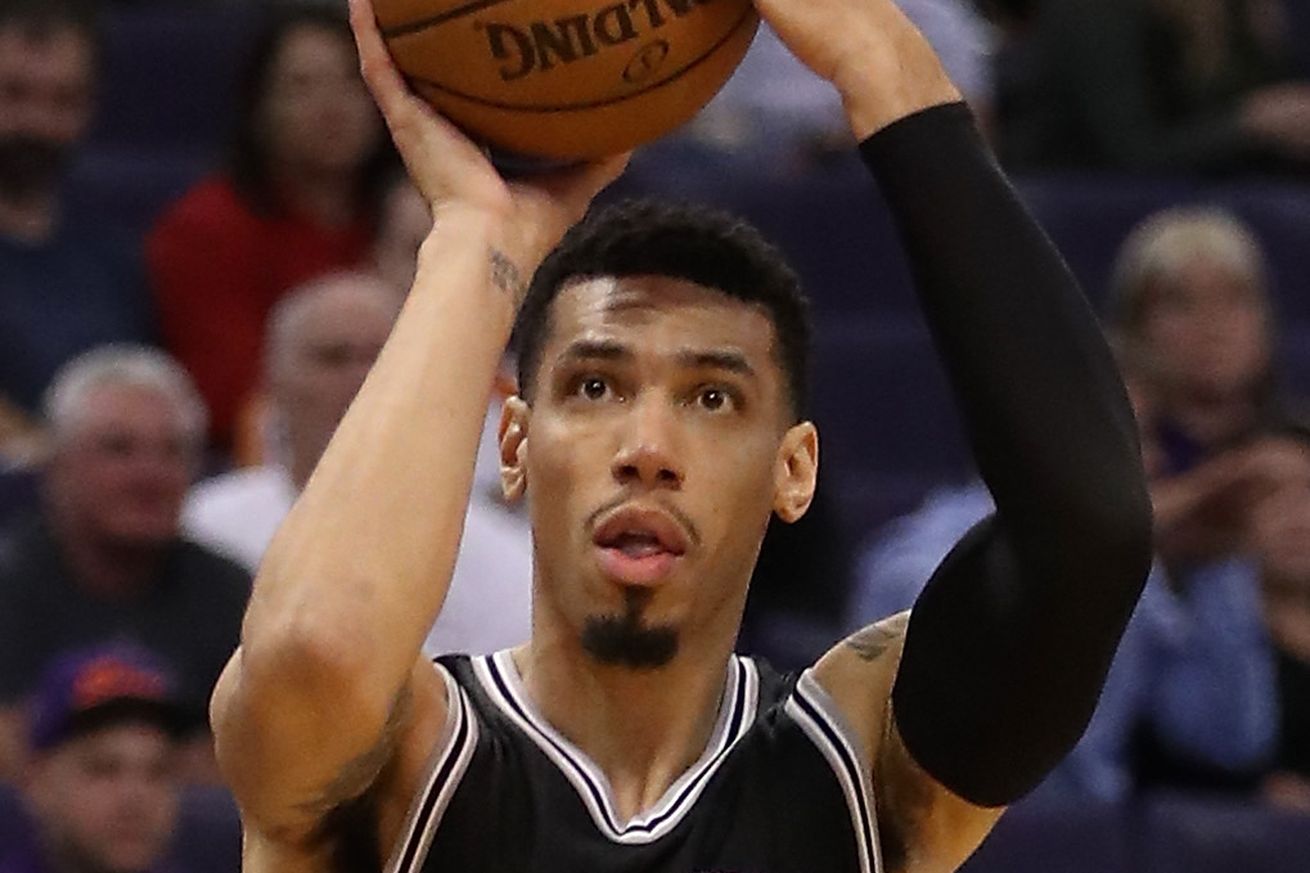 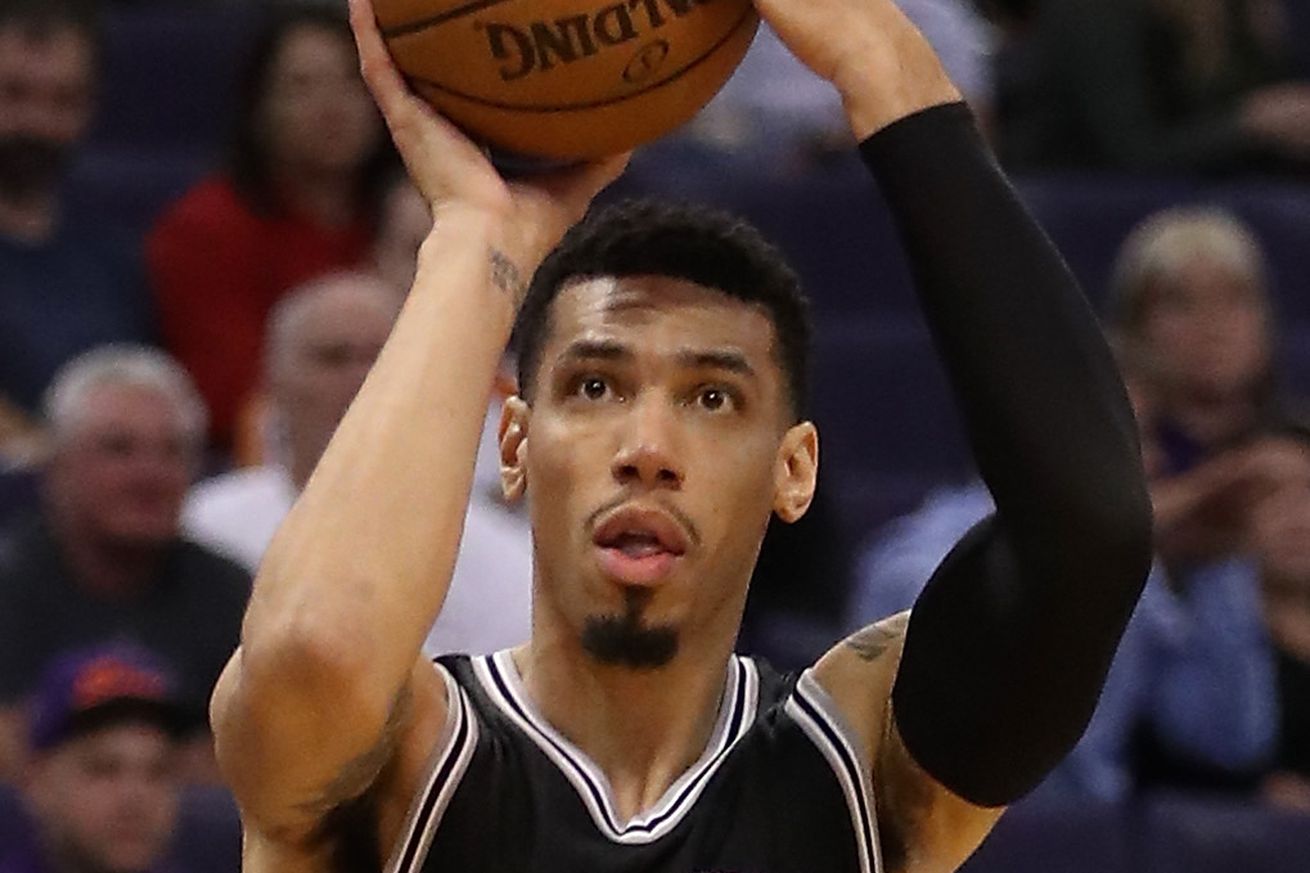 There are some very good reasons Green is the Spurs’ starting shooting guard.

As a former college coach, I am fascinated by Danny Green. In fact, other than My Man Manu, I probably root harder for DG to succeed than any other Spur player. This despite my post last year comparing Green to famous non-shooter Tony Allen, which led to a late night “phone call from Danny Green” last April 1.

So Danny Green fascinates me. Whenever he rises up for a Tar Heel Triple, I invariably shout at the television “C’mon Dannygreen!” (Yes, in those moments “Dannygreen” becomes a single word.) Thankfully, after his shooting woes last year, my encouragements are much more successful this year.

I root for him because of how hard he worked to get here. Green went undrafted after a decent but not stellar career at North Carolina (his highest points per game was 13, his senior year). He has been cut several times, including by Cleveland when the Cavs were not very good, and the Spurs when they were good and recognized talent when they saw it. He can’t really dribble, has no go-to moves, can’t take his man one on one, and his passing skills are pedestrian. Nonetheless, a coach much smarter than I am has decided that Danny Green deserves to start on one of the best basketball teams on the planet. DG is truly the epitome of Bruce Bowen’s comment that the Spurs don’t focus on what a player cannot do, but instead they focus on what a player can do.

What is remarkable about the decision to start Green at “shooting guard” is how rarely he actually, you know, shoots. In almost 26 minutes per game, DG only takes about 6 shots per game, less than one shot every four minutes of action. Compare that to the shooting guards of the Spurs’ main rivals. The Death Star’s Klay Thompson takes 17 shots per game over his 34 minutes, one shot every two minutes. On the Clippers, JJ Redick takes 12 shots per 27 minutes and his back-up Jamaal Crawford takes 11 shots per 26 minutes. On the Rockets, the two players listed as shooting guards, Eric Gordon and Sam Dekker, get 14 shots per 30 minutes and 6 shots per 19 minutes.

Spurs fans know that Green does not get to the free throw line either. What Spurs fans probably don’t know is how seldom Danny Green gets to the line. DG shoots .4 free throws per game. Not 4, point 4. That’s less than 1 free throw every two games. Put another way, it’s less than every member on the Spurs roster except Bryn Forbes. (Bryn, if you are reading this, this is your first mention in one of my posts.) Indeed, former Spur and Manu confidant Nicolas Laproviattola averaged more free throws per game while he was on the team than the Spurs’ starting point guard. (Nicolas, if you are reading this, your name just blew up my computer’s spell check.)

Going back to the Bruce Bowen comment, we all know why Green continues to start and to play 26 minutes per game despite being probably the lowest shootingist shooting guard in the league. He is an outstanding defender, both on the ball and off. He is especially effective in a very underrated skill – the ability to snuff out fast breaks, even if he is matched up one on one against an NBA player with a full head of steam.

Finally, of course, what happens when Green actually shoots the ball is, once again, great. He and the team know that his best skill is shooting 3-pointers. This year, an incredible 79% of his shots come from three. (Come to think of it, that’s a lot like my game.) Because he shoots 44% from three, and four out of five shots are from beyond the arc, his true shooting percentage is 62%. How does that compare to the rest of the Spurs? He leads the team. Which is why he continues to be the Spurs’ starting shooting guard, and I continue to shout “C’mon Dannygreen” whenever he rises up to shoot.

Another note about one of my favorite Spurs:

In a pre-season post about Pau Gasol, I wrote:

Nice call, coach. With the Spurs, Pau’s shooting percentage is almost back to his pre-Bulls numbers. Playing in a real offense helps. He is now shooting 51% from the floor, leading all Spurs who play 20+ minutes per game, even after the altitude (or something) led to a pretty terrible game by Pau against Los Suns in Mexico City. Note that he is also shooting over 46% from the three point line, something he didn’t really do before coming to the Spurs.

Even though his minutes are down from his Laker heyday and his last year with the Bulls, Gasol is putting up remarkable similar numbers on a 36 minute basis: 17 points, 11 boards, 3.9 assists and 1.7 blocks. One of the amazing things about the Great Duncan was his amazing consistency over the years. While Gasol is not a perfect replacement for TD – no one could be –Pau is what some would call a “reasonable facsimile”. Put another way, Gasol is the best the Spurs could have gotten to try to replace the irreplaceable, and he has fit in well.